Letter from Alfred Owen to the Deputy Minister of the Interior
Ottawa, Ontario
Dated April 24, 1895

From the book: For the sake of the children - written by June Rose, she notes:
"Mr. Owen in the spring of 1919 he was arrested by the Canadian police and placed on bail on his own surety of 2,000 dollars. They accused him of the criminal offence of co-habitating at the time with a ward of Barnardo's, Maisie Skelton "in the guise of his housekeeper". She had recently had a child by him. His wife was in Muskoka where she had lived for some time. Mr. Owen made a written confession of guilt but for reasons unknown was never brought to trial. 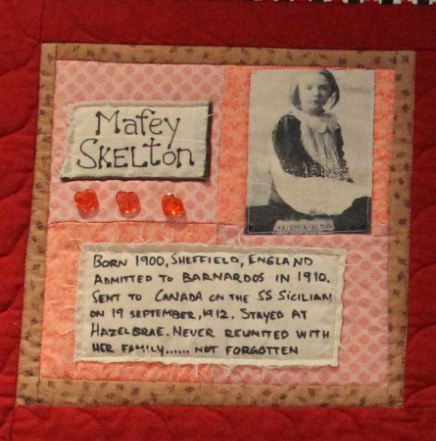 Mafey was admitted to Barnados Homes (possibly Sheffield Ever Open Door, Pittsmoor Road) on 17 March 1910, and her mother was living at Milton Street, Sheffield, working as a servant. On September 20 1912 Mafey was brought to Canada with the Dr. Barnardo Homes and taken to Hazel Brae, Peterborough. Alfred Owen was 49 years old when she arrived.

On December 24 1924, Mafey under the name "Owen" arrived back in England. She returned to England (alone) for a visit , and stayed for six months, visited her mother, brother John William and sister in law, Minnie at Portabello Street, Sheffield

On 16 Oct 1925, Mafey "Owen" returns to Canada, no child is with her. Her destination is to Alfred Owen, Kelowna, BC. Kelowna is also where Alfred Owen would eventually pass away.