World War I Hero & Home Child, Sydney James Bevan
This story was found at geocaching.com.  It is a poignant reminder of the sacrifices made by our forefathers in granting us our freedom and liberty. - by Norah Dennis
We Remember 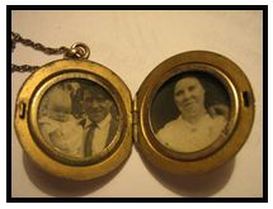 Too often history and our remembrance of the debt we owe for our freedom and rights is done with large sweeping overviews of the big battles, the machines used and the battlefields they were fought on.  We need to remember individuals, those that died for this legacy we call Canada.  This is the story of one man, not a general, nor an admiral, but a soldier who was one of the many we truly owe our gratitude to.


Sydney James Bevan was born in Newbury, England on the 28th of January, 1891 to William and Hannah Bevan.  William Bevan was a labourer in Newbury and with 5 children under the age of 9 the household was a busy one, and one with a hand to mouth existence.

Somewhere just prior to his 10th birthday (Sydney arrived in March, 1901, with 260 Barnardo children, on the Tunisian), Sydney was bound to a family of decent means living in Ontario, Canada, William and Annie Scott, who employed him as a domestic.  One can only imagine the life that Sydney had to this point, his family still in England and his trip to Canada a new and terrifying experience in the lower bowels of the transport ship of the [early 20th] century.  At the age of 19 however, he had completed his term as a bound servant and traveled to the United States as a labourer to seek his fortune.  He became an American citizen, however hard times were had in the States and as war loomed on the horizon, Sydney moved back to his adopted country and ended up in Winnipeg, where he began his life as a full Canadian, a husband to Christina and a father.

In 1914 the war began in Europe, Canada being involved with the Canadian Expeditionary force, the Canadian Navy and the Royal Air Force (The Canadian Air Force would be born out of this conflict).  In 1915 and 1916, the war in Europe was progressing slowly and the forces were being drained in the fight.  Canada called for more men to come to volunteer and join the forces.  As an American citizen, Sydney was not subject to conscription, but on January 25, 1916 Sydney James Bevan signed the accreditation paper to become a Canadian Soldier in the Canadian Expeditionary force.  This upset his wife Christina as she had a young daughter and the war was wreaking a terrible toll on the soldiers.  He was sent to training at Camp Hughes, here in Manitoba to learn the deadly techniques required in trench warfare.  His regiment the 1st Canadian Mounted Rifles (107th) was assigned to fight in France and on September 18, 1916 they sailed from Halifax to England. On December the 7th, 1916 he landed in France and the regiment joined its unit on the battlefield on February 14th. During the fighting, on April 9, 1917, on the first day of the Battle of Vimy Ridge, Sydney lost his life for Canada.  He is buried in LA CHAUDIERE MILITARY CEMETERY in Pas de Calais, France.

In 1925 Christina received, from the war department, a locket that had been found on the battlefield.  Inside it was a picture of her and the words Baby Bevan inscribed on the back.  Canada became a true nation during this conflict due to its men who sacrificed everything they had for it.  Sydney James Bevan's Great Grandaughter still lives in Winnipeg and enjoys one of the sports made possible by freedom, Geocaching.  On Remembrance day, or any day when you see a memorial for our brave soldiers, remember that it was made up of individuals, who had their own stories to tell and never had the opportunity to complete. 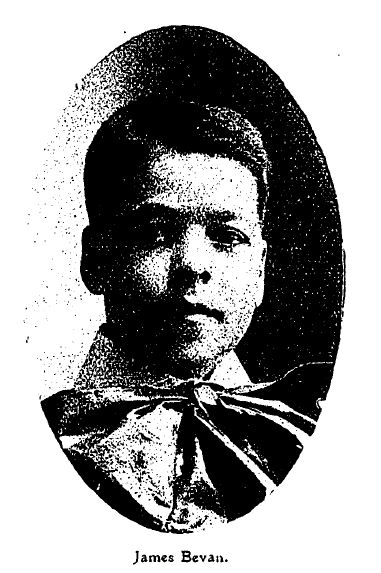 Sidney James Bevan from the Barnardo Magazine Ups and Downs