A British Home Child Novel is a tale based on the life of May Charrington, one of the estimated 100,000 British Home Children forcibly shipped to Canada from 1869 to 1939. Once they arrived in Canada, they often faced an existence laced with despair. For many, it was a life without hope. (356 pages) 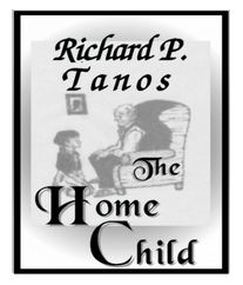 The Home Child tells the story of Henry Dewberry, a twelve-year-old orphan from London, England.  Henry was one of a hundred thousand children who made that incredible ocean voyage to a so-called  better place, called Canada.   Blessed by a stroke of fate, Henry clumsily meets Lizzie, a local middle-class girl who lives in the town of Waterford, Ontario.  Lizzie, along with her best friend Clara suddenly figure out what is taking place and both of them do everything possible to find out where Henry has been sent.  This historical story is based on actual events and reflects life in South Western Ontario, Canada in 1907 -- called Canada West.  A documented shameful period in Canadian history that was suppressed for years by all those that were involved in its execution.   Canada and Australia, young nations trying hard and fast to grow up, engaged in an organized, lucrative child slave movement with mother England.  This cruel and harsh immigrant trade continued for almost forty years, all the while being ignored by the world.  The story reflects what life was like for young immigrant children, local children, and their strong will and desire to explore and be together.  The unfortunate event at the end of the novel propels Henry from boyhood into an adult and changes his character forever.  The Home Child is a story that embraces human tolerance, unthinkable harsh isolation, commitment, and the ultimate will to survive in this so-called better place called, Canada.  Your heart will certainly be touched.  Henry and Lizzie were my grandparents - Richard P. Tanos 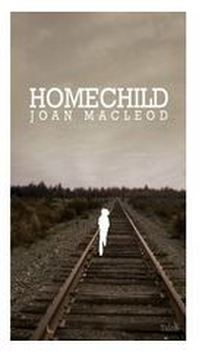 Title:     HomechildBookID:     homechild2-ficAuthors:     Joan MacLeodISBN-10(13):     0889225826Publisher:     TalonbooksPublication date:     May 15, 2008Edition:     1stLanguage:     EnglishPrice:     $13.22 US
In 1922, Katie and Jackie are wed to an ignominious history, the officially sanctioned migration of children from Briton to Canada, over eighty-thousand children displaced between 1860 and 1930. Often separated from parents and siblings for years- if not permanently- such unfortunates are transported to Canadian factories and farms, virtually indentured servants. In the first scene, we meet six-year-old Katie, alone, waiting for her brother to send word of his arrival in Canada, believing that if she is patient enough he will come back for her. In present day, Alistair, in his eighties, inhabits a dilapidated Canadian farm house that has seen better days, cared for by his sister-in-law, Flora, since his wife's death ten years earlier. Alistair hasn't shared his early trauma with his family, refuses to speak about the past. Only next-door neighbor, Dorrie, knows of the pain they endured, herself a victim of the same migration of children.

Other characters round out our perspective: Alistair's children, Ewan and Leona, his daughter currently visiting from Toronto; and Dorrie's son, Wesley, Lorna's former school-mate. It is clear that Lorna is uncomfortable returning to her home and her father's influence, a taciturn man who shows no overt affection for his children, who in turn expect little from him. A loose-knit family reunion has been organized for Lorna's homecoming, family members settling into their natural roles as the play progresses: Lorna, a daughter who finds she can't go home again, stung by her father's harsh judgments; Flora, trying to make peace while subtly controlling the course of events' and Dorrie, ever-tentative since her arrival in Canada as a child, lovingly supported by her twice-divorced, live-in son, Wesley. From the life-altering migration of 1922 to the present, the family has never addressed the fractures that have plagued them, the details of Alistair's past shared with no one.

In the final scene, time comes full circle thanks to Lorna and Wesley's exertions on Alistair's behalf, the two determined to locate Katie all these years later. Alistair's stroke is key to unraveling the story, his defenses breached as he unconsciously reveals critical details of his history. Worrying over the old man's health, each character treads unfamiliar territory, unsure what his reaction will be to the success of their search. Within this simple framework of family and friends, the author assembles an emotional bridge from past to present, unearthing hurts long-buried, almost too painful to be exposed. The history of these children- chattels, really- is tragic, their futures scarred indelibly by circumstances out of their control. The ethereal Katie exists is stasis; it is hard to imagine what the years might have wrought. The final scene is heartbreaking, a poignant resurrection of the past finally joined with a shameful history of loss and abandonment, siblings reunited.   (Review by Luan Gaines/ 2008.)
Buy Now

Orphans of the Queen 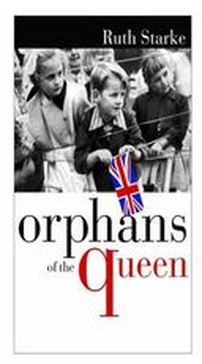 Title:     Orphans of the QueenBookID:     orphansqueen-ficAuthors:     Ruth StarkeISBN-10(13):     0734405286Publisher:     Lothian BooksPublication date:     July 1, 2003Edition:     1stLanguage:     EnglishPrice:     Varies
In Australia, the issue of the Aboriginal "stolen generation" who were removed from their parents and sent to church-run orphanages or adopted by white families has been an important part of the national agenda for some time. Less well-known, though it is coming to light now, is the fact that there was also a white "stolen generation:" British children brought to Australia in the 1950s and also placed in church institutions. They were mainly brought from British orphanages -- though some of them weren't actually orphans -- under the impression that Australia would be a better life for them, a chance to start afresh in a warm, pleasant country where they could go live on farms, be well fed and, hopefully, be adopted. Instead, they often found themselves in the care of brothers and nuns, siblings separated from each other and treated harshly, even abused. Some were trained as domestic servants. All these facts are gradually being revealed as the victims are testifying against those who abused them. No doubt the intentions were benign, but we all know what's paved with good intentions.

Orphans of The Queen is fiction, but what happens to the children in the story isn't. It's just an example of the sort of things that did happen. The author's afterword says that not much is invented. Being a novel, of course, it has to have at least one event that probably wouldn't happen. In this case, it's the heroine's encounter with the young Elizabeth II (shades of the films The Mudlark and The Little Princess ?). It does help to make this a good story, though.

In 1952, Hilly Lyon and her young brother Gregory (Egg) are brought to Australia by ship, along with other children from their orphanage, believing that they will be adopted out, live on farms and pluck fruit straight from the trees. After postwar Britain, with its cold climate and rationing, it seems like heaven. By the time they reach Fremantle in Western Australia -- their first stop -- Hilly realizes they have been lied to: Egg is taken away with the other boys. Hilly has no idea where he has gone and is told not to ask questions. The orphanage in Adelaide is the next shock. It is run by nuns whose discipline is harsh, who take away all the children's personal possessions, including clothes and beloved toys and make them work most of the day, only giving them a minor, grudging education. Government money meant to be spent on the children is held back from them.

Hilly has always been a well-behaved girl who refuses to break the rules, but she comes to realize that sometimes rules need breaking and a little rebellion is good for the soul. Her new friend, Meggie, helps her and, after she has gained the respect of the other girls, they all aid in her efforts to find out what has happened to her brother. The Queen is head of the Commonwealth, isn't she? Why not go straight to the top? Hilly writes a letter, which she manages to smuggle out. There's a reply, but when nothing further has happened and the Queen is going to tour Australia, Hilly realizes that something more needs doing and, with the help of her friends, does it.

Ruth Starke is a fine writer. She makes you want to weep for these children, but at the same time, the novel is not short of humor, such as when a night raid to recover locked-up toys results in a nun thinking she's seeing a vision. Australia in the 1950s is well-described. The characters are likable and believable. The ending is happy but believable. It doesn't end with Hilly and her brother reunited, but she knows where he is and that she can eventually find him again.
Buy Now
Buy Now 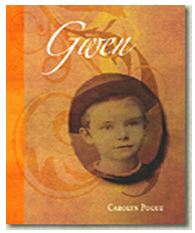 No matter what the world throws at her, Gwen Peters rises to the challenge. Feisty, curious, with a flare for the dramatic, she dreams of a life on the stage like her idol E. Pauline Johnson, a Mohawk writer, poet and performer who dazzled Gwen during a stunning performance at a London theatre. When Gwen is orphaned at the age of eleven, she seizes the opportunity to become a Home Child and is trained to work as a maid for placement with a family in Canada. So begins her long journey away from her friends in the turn-of-the-century streets of London, England to begin service in a wealthy Canadian household.

But when trouble comes her way in Toronto, Gwen takes matters into her own hands and escapes into the night. Angry and alone, she undertakes a long dangerous trek following the train tracks back to the only safe haven she knows: Cedarbrae, the Home in Peterborough. Her many adventures include an encounter with a bear and flight from a raging forest fire. Finally, Gwen's courage brings her to a welcoming family in Brantford and new friends from the Six Nations Reserve near Pauline Johnson's childhood home. Author Carolyn Pogue draws imaginatively on the story of her own grandmother's experiences as a Barnardo Home Child to bring a little-known piece of Canadian history to light in this exuberant story of bravery and resourcefulness. With the young, vibrant Gwen, Pogue gives readers of all ages a character to cheer on through every step of a journey that comes alive in a manner both wonderfully strange and familiar.
Author's web site:  http://www.carolynpogue.ca/
Buy Now
The Street Arab by Sandra Joyce
Belonging by Sandra Joyce