Legal access to child care records from voluntary care services, such as the Dr. Barnardo's Home, came into force in October of 2001 when the Data Protection Act came into effect. This act mandated that all agencies holding records about people make them available to the person they were written about. Barnardo's had been providing access to their records since 1995, years before it became law. This law also requires that the records must be provided to the former children (not their descendants) within 40 days. Barnardo's and the other care organizations holding records of the same nature do not have a legal obligation to  provide family history records to the descendants of their children. However, Barnardo's do realize the importance of such information especially in light of their unique photographic and record archive. Barnardo's feels strongly that they do have a moral obligation to make such records available to the next of kin.

Between 1855 and 1970 Barnardo's had been home to 350.000 children who had spent all or part of their lives living in their homes in the UK, Canada or Australia. Many of these children grew up unaware of their family circumstances or why they were taken into care.

In 1995 Barnardo had about 1,500 requests per year for access to such records. In this year the BBC released a series of documentaries called "Barnardo's Children". In the few weeks following the airing of the first segment, over 4,000 requests flooded in.  Because of the media coverage and increased awareness and knowledge that these records are available, the number of requests have increased and remain steady. In 1996 the offices were only able to process 1,600 applications for records, leaving thousands on the waiting list. The demand has caused the need for the expansion of the Barnardo Offices and the hiring of extra staff to best meet the needs of the former children in care. Employed then was 11 aftercare workers.

By 1997 this constant demand cause an increase of aftercare workers to 27. BBC released a followup segment to the 1995 documentary which predictably caused a new flood of requests. Within one week of the BBC airing, the aftercare received an additional 1,500 requests.

By 1999 the demand was still great enough that the waiting list was still over a year. One thousand former children remained on their waiting list in the UK and 1000 requests from Canada. Barnardo's once again increased their staff in efforts to bring the wait down to a year. Prioritization of the release of these records is also a need, with living children first, illness and age taken into consideration and then the descendants.

Recording and storage of the records

Prior to 1940 much of Barnardo's recording was hand written in large registers.  Since 1940 most records were in file format.  These records were transferred onto microfilm in 1969.  The older records were microfilmed at a time when it was not realized how important they would be to the people whose lives they described or their descendants. As a result not everything in the records was filmed.  Very few records contain day to day activities of the children either while in the homes, boarded out or after immigration.

During the war years there was less information recorded and fewer photos taken of the children.  From the 1950's on-wards more detailed records were kept, so generally there is more information on microfilm.

Access to information under the UK Data Protection Act

1. A voluntary care organization, such as Barnardo's, means an organisation that is not a public body, and not operated for commercial purposes.

2. Under our Data Protection Act there is no special treatment for voluntary organisations (apart from a couple of minor things that aren't relevant here).

3. The fact that they provide/provided care doesn't affect their status under the Data Protection Act.

4. The UK Data Protection Act doesn't require anyone to share data with anyone else, apart from the right of an individual to know what information is held about them. This right is not transferable after they die.

5. At the same time, the Data Protection Act doesn't prevent anyone from sharing the data they hold about individuals. What it does say is that if you want to share data, you have to do it in the right way: for example, normally the individual should know that you are doing it, and in many cases - but not all - they would have the right to object.

7. Records such as Barnardo's are NOT public records, which means the are not subject to the UK Freedom of Information Act.

The Freedom of Information Act

Public authorities include government departments, local authorities, the NHS, state schools and police forces. However, the Act does not necessarily cover every organisation that receives public money. For example, it does not cover some charities that receive grants and certain private sector organisations that perform public functions.

The Act does not give people access to their own personal data (information about themselves) such as their health records or credit reference file. If a member of the public wants to see information that a public authority holds about them, they should make a subject access request under the Data Protection Act 1998.

A lot of misinformation and misunderstanding surrounds the access of the child care records from the Barnardo offices today. In a February 2012 letter from Barnardo's in England, after care worker Valerie Smith explains their next of kin policy:

"Barnardo's records are not public records and therefore do not fall under the jurisdiction of public records.  We only have a legal obligation to supply a copy of a person’s records to them if they are still alive under the current law.  Barnardo's have no legal obligation to supply a copy of the records held to descendants.  However, it is felt that offering this service will go someway to help those descendants whose lives may have been affected.

Many of the records held here are of a very sensitive and personal nature and therefore it would be inappropriate to have them out in the public domain for all to read.

Barnardo's has many years of experience in supplying records to former wards and their descendants, and the current policy works very well.  Older relatives are often not as keen as the younger ones to have this information and respecting this is very important to Barnardo's.

Barnardo's sent around 30,000 children to Canada during the period 1882 and 1939 and after 1925 children under the age of 14 were not emigrated; therefore it is possible that a few people over the age of 87 could still be alive and more than likely their children whose lives could have been affected have the right to decide if they wish to open up this chapter of their family history; not the younger ones whose lives will have been less affected."
To apply to obtain your BHC's Barnardo records please contact:
Making Connections, Barnardo's, 140 Balaam Street, London, E13 8RD, England. or contact through e-mail: ​makingconnections@barnardos.org.uk 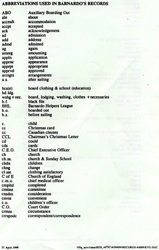 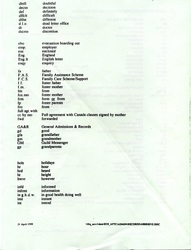 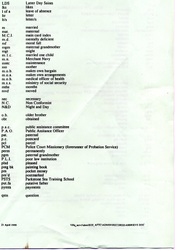 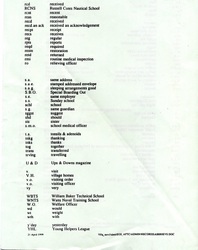