Those who Served and Died in the Second World War 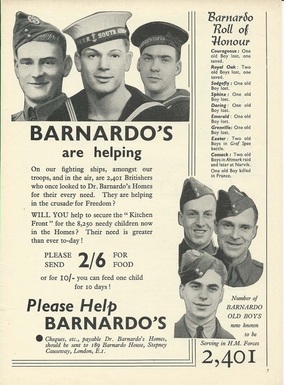 ​​​​​Those who died in the Second World War

William Haden
later known as William Matheson died 6 February 1941 when his ship,t he Maplecourt was heading for Preston in England with war equipment (possibly lorries which she had carried before and certainly steel) when she became a straggler from her convoy and was torpedoed.​
Halifax Memorial ​

Cecil Lanfranchi
Arrived in 1932 with the Fegan Homes aboard the DUCHESS OF RICHMOND.
Calais Canadian War Cemetery

Gordon Bruce Trivett
Died January 1943
He was born 14/09/1921 in Manchester and spent most of his life at various Barnados homes ending up in Croydon. He joined the Royal Irish Rifles and was killed in WW2 in Tunisia on 20/21 Jan 1943. Burial:
Medjez-El-Bab Memorial
Medjez el Bab
Béja, Tunisia
Plot: Final resting place unknown. Name listed on Face 31 of the Memorial.​

The BHC who Served in the Second World War

HEALEY, Edward
​Peacefully, following a short illness, in his 94th year, Edward passed away on September 9, 2012. Predeceased by his beloved wife Lorraine (2005). Much loved father of Lynn Elsie, Fern Rooke (Brian), John McDougall (Shelley), Mary Anne McDougall (Karl), Maureen McDougall and Angus McDougall. He will be sadly missed by his eleven grand-children and six great-grand-children. Will be remembered by Madeline Bentley. Edward came to Canada from England at the age of 15 as a Barnardo boy. He served in the Second World War with the RCAF and was a retiree of Westinghouse. A Memorial Service will be held Thursday, September 13, 2012 at 1 p.m. at the Church of the Ascension, 64 Forest Avenue at John St. S., Hamilton. In lieu of flowers, donations to the Firestone Clinic at SJHH would be appreciated. 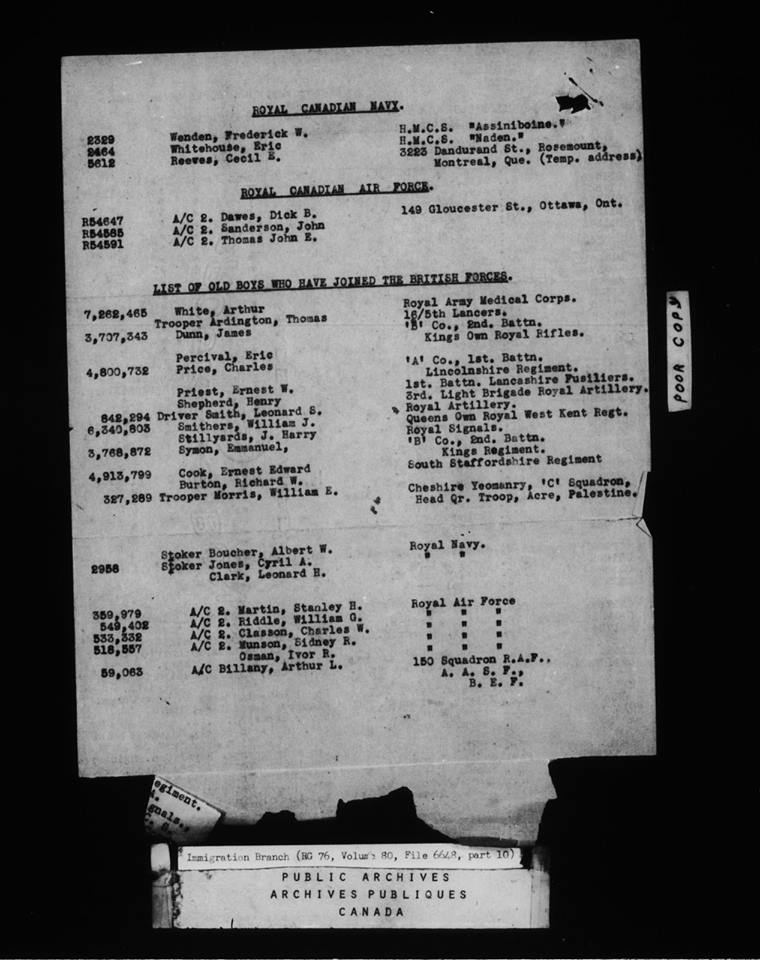 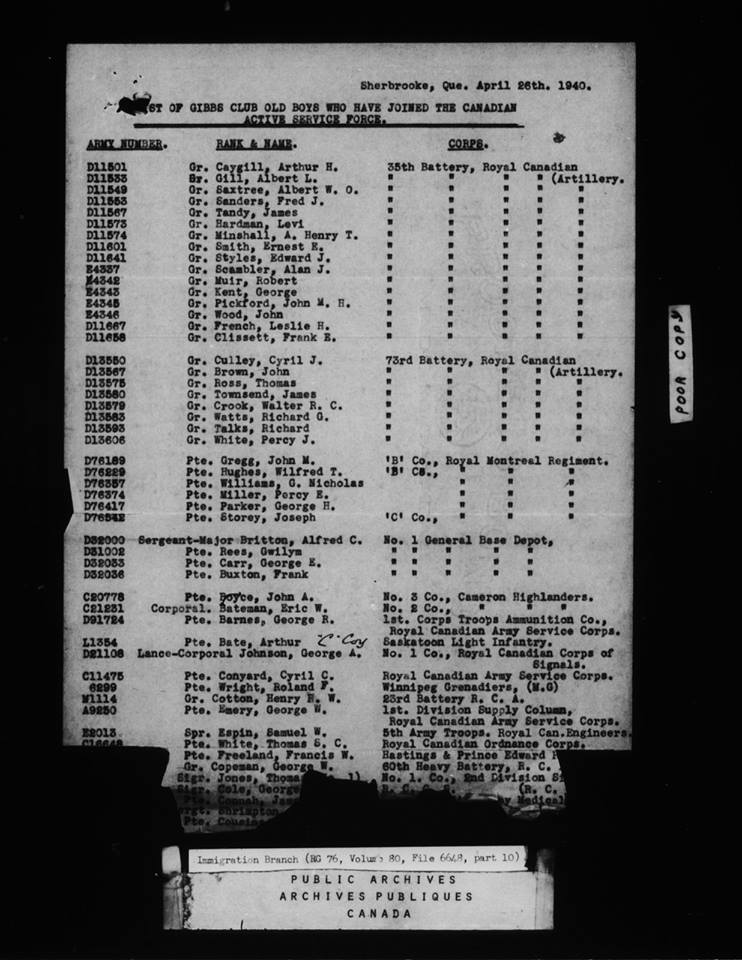