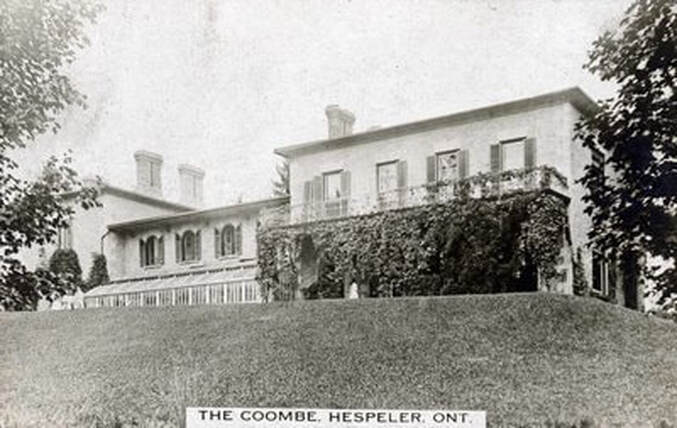 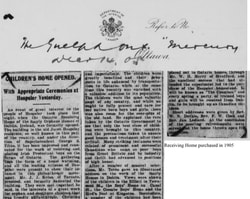 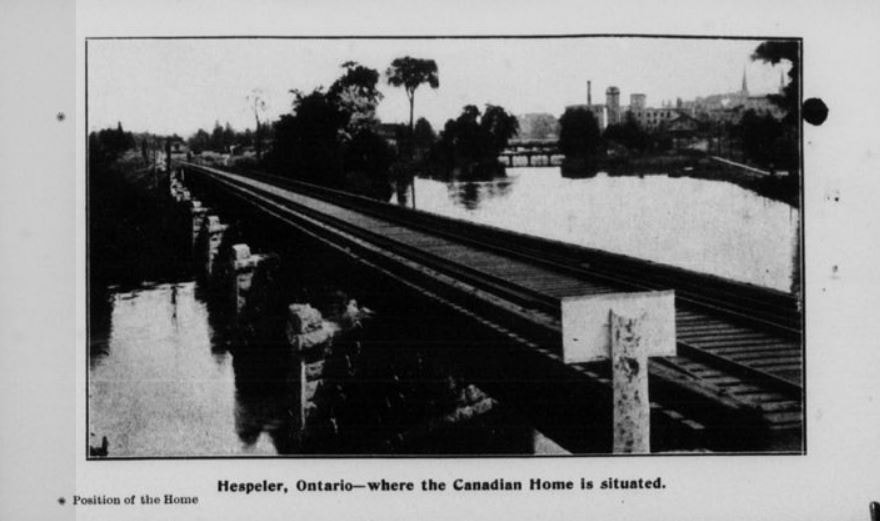 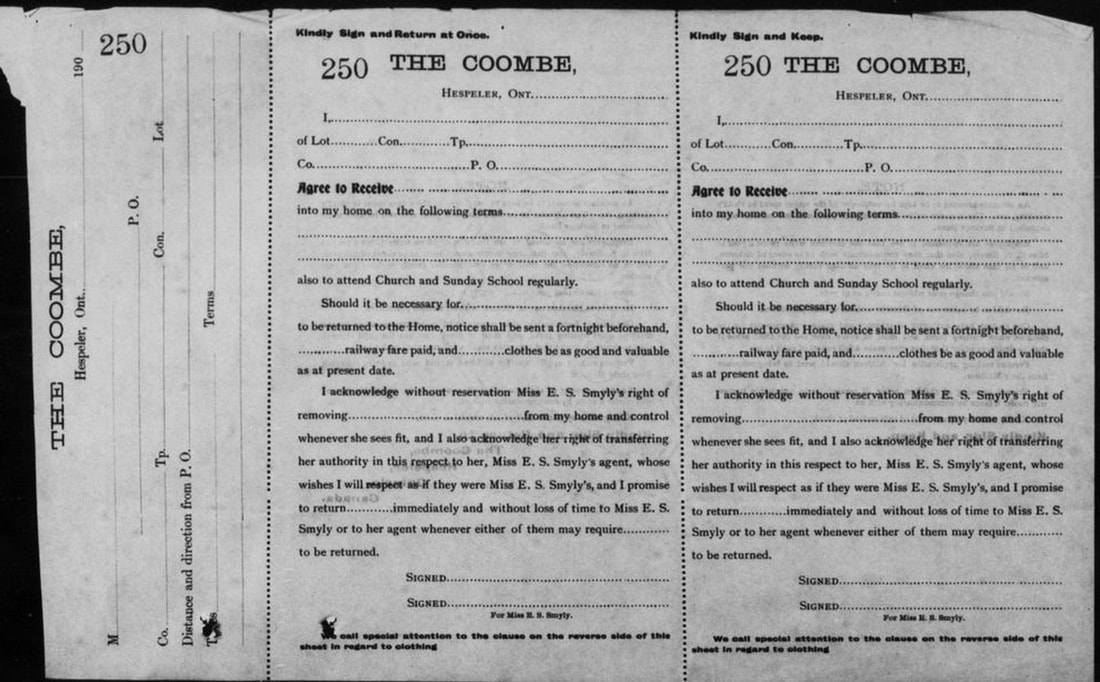 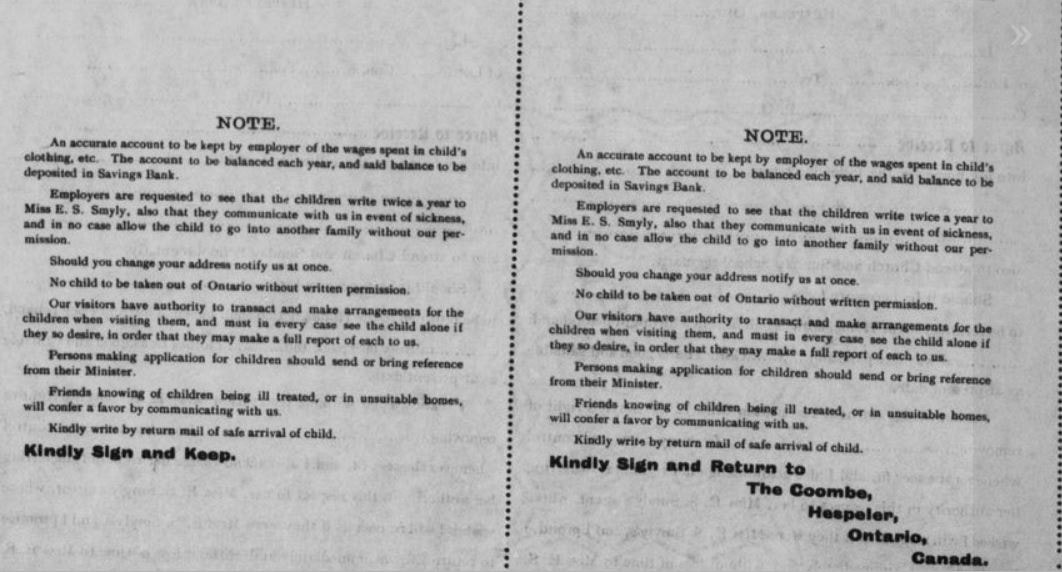 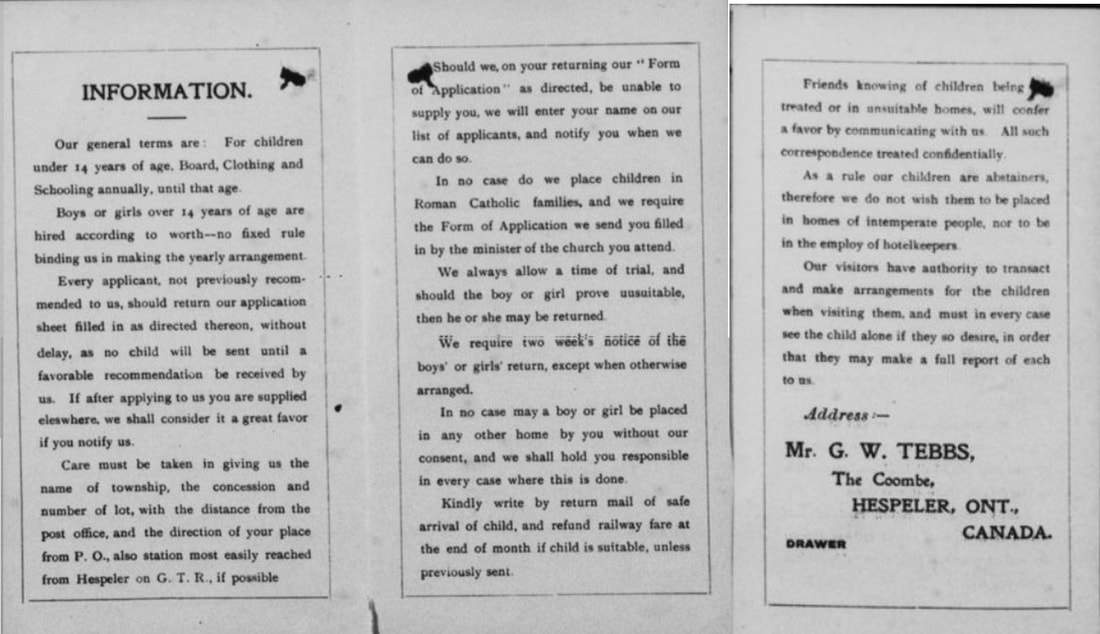 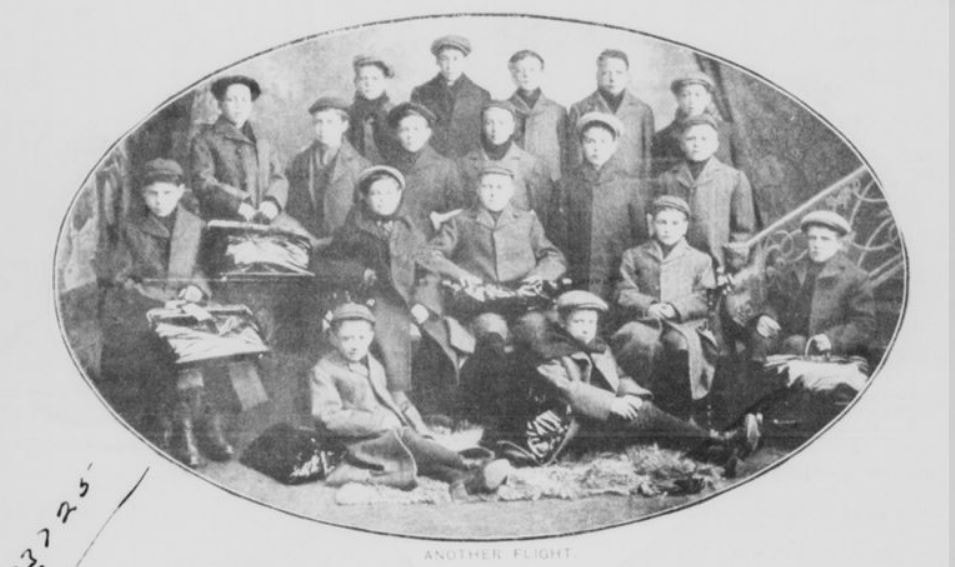 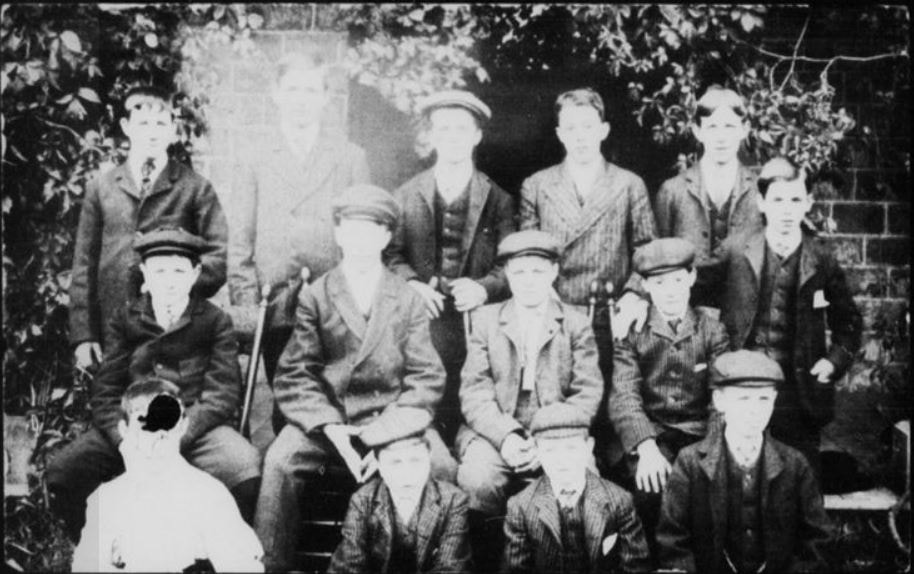 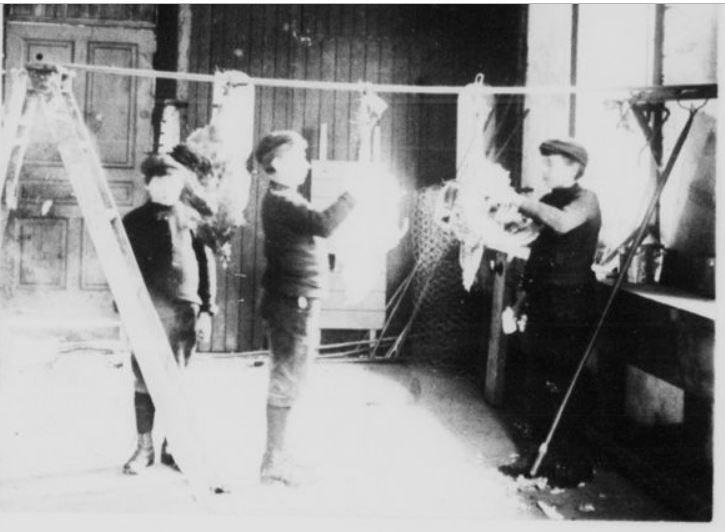 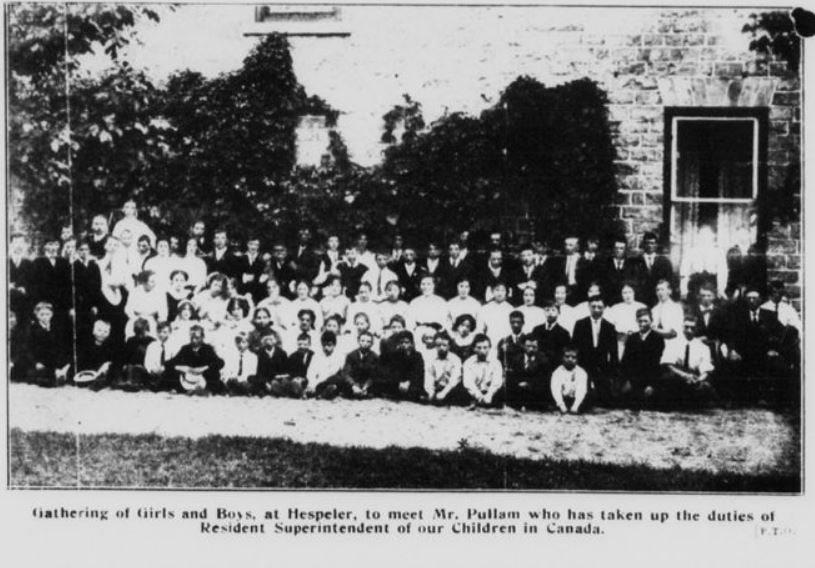 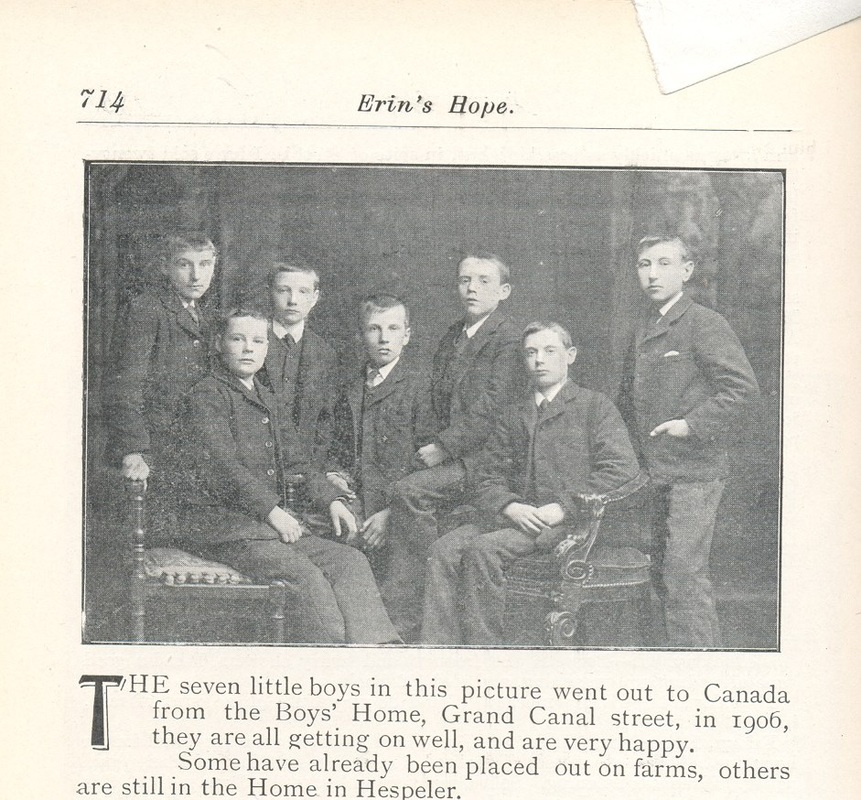 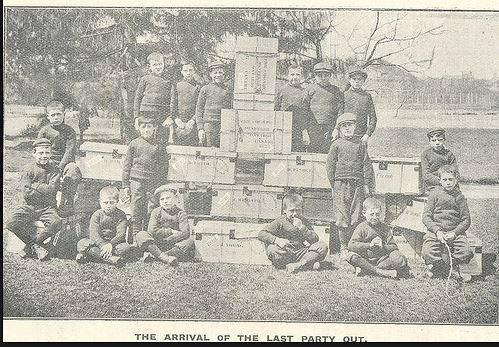 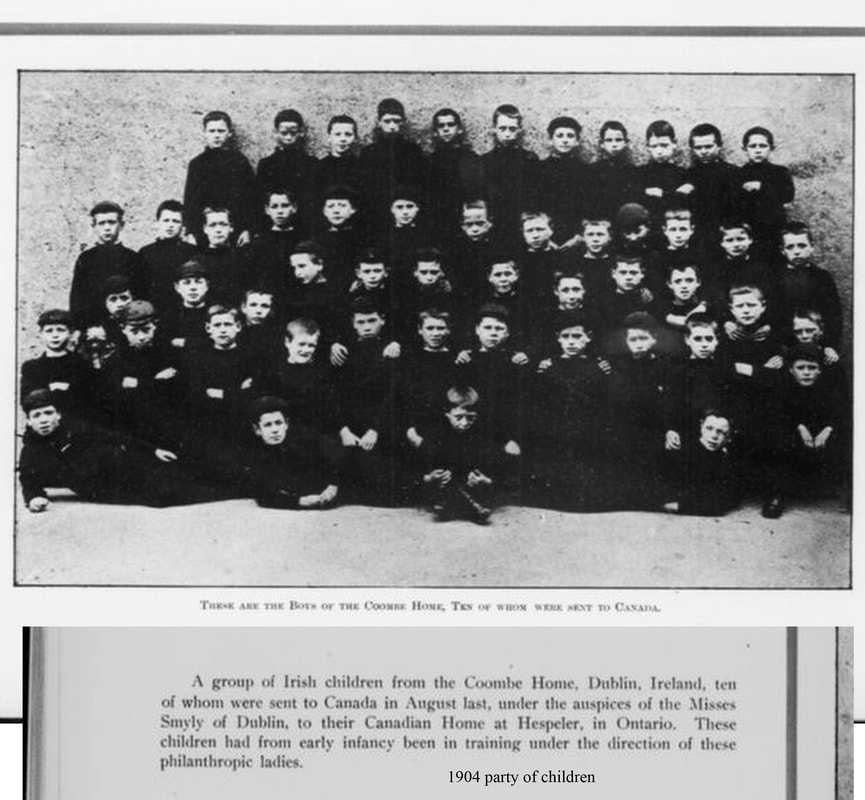 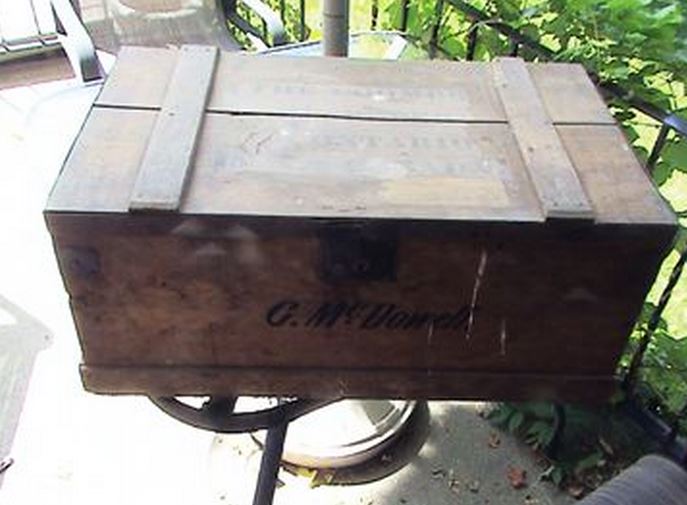 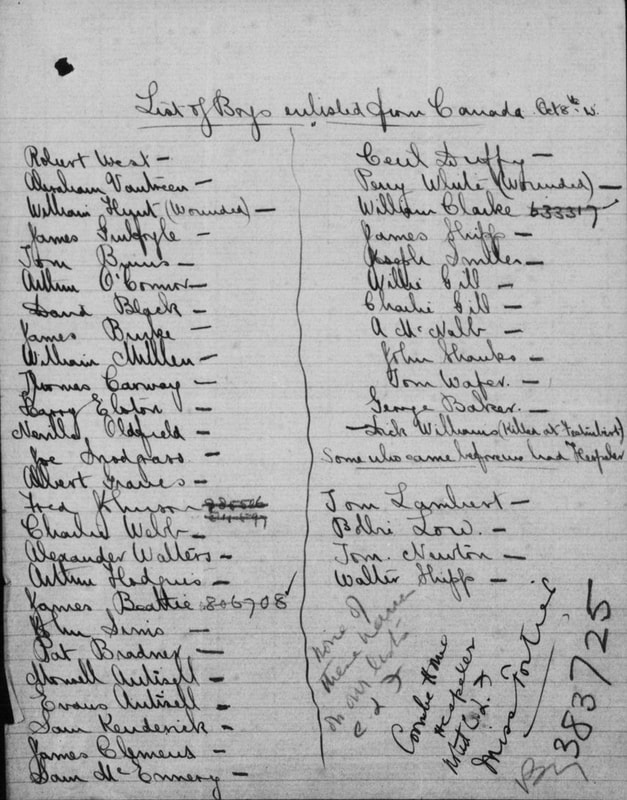 
The following article was taken from the K-W Record Thursday October 12, 2000

Peering north acrost the Speed River and into the past, Paul Langan can see
a monstrous stone building that was a refuge and a house of horrors.

The giant home is in plain view, but its history i hidden by the passage of
time.

So Langan has written a book to tell Cambridge residents the story of Jacob
Hespler' mansion on the west side of Guelph Ave at Fisher Mills Road.

Betewwen 1905 and 1947 the maze of rooms inside the mome, dubbed the Combe
Orphanage, housed children from Ireland, England and Ontario.

Before the First World War, about 40 boys and girls in orphanages in
Ireland were brought to Hespeler each year.

After arriving in Canada, many were placed on local farm where the boys
sweated in fields and girls served as house maids.

"A lot of people in Hespler don't even know about the Coombe" Langan said.
"It was a piece of history I felt wasn't captured."

So Langan has written a 30-page book which includes 24 black and whilt photos.

Calling himself a "hobby historian" Langan wanted to record their stories
before all the survivors died. "once they're gone, it's all lost" he said.

Some of the people Langan interviewed recalled happy times at the orphanage.

"'I felt myself fortunate, lucky even, to have lived at the Coombe'"
Langan recited from the book. "'I never went hungry, had a bed to sleep on
and was not treated badly'"

Others were not so lucky.

Some former residents remember a house administrator who hurled abuse at
the children.

"(He) used to beat us," one resident told Langan, "I know this sounds
strange, but we could smell him coming down the hall. We couldn't hide. He
was coming to beat the kids and there was no reason for it."

The testimonials took such an emotional toll on Langan he had to stop
working on the project for a couple of months.

"It was too hard hitting," he said.

But his book doesn't dwell on the horrible experiences some of the children
experienced, Langan said.

"I did it more as a historical document as oppossed to a social statement
of the time," he said.

The Cooombe Orphanange colded in 1947 and has been transformed into nine
apartments.

Several years ago, Langan wrote The Tragedy in Galt about at train crash
that killed two people in 1956.

Along with Hidden Secret: The Coombe Orphanage 1905-1947, Langan will also
be releasing a short history of the Preston Springs Hotel next month.

Langan said he hopes he can at least break even on the $7 000 publishing
projects, which he financed using credit cards.


Charitable Words: Women, Philanthropy, and the Language of Charity in Nineteenth-Century Dublin by Margaret H. Preston