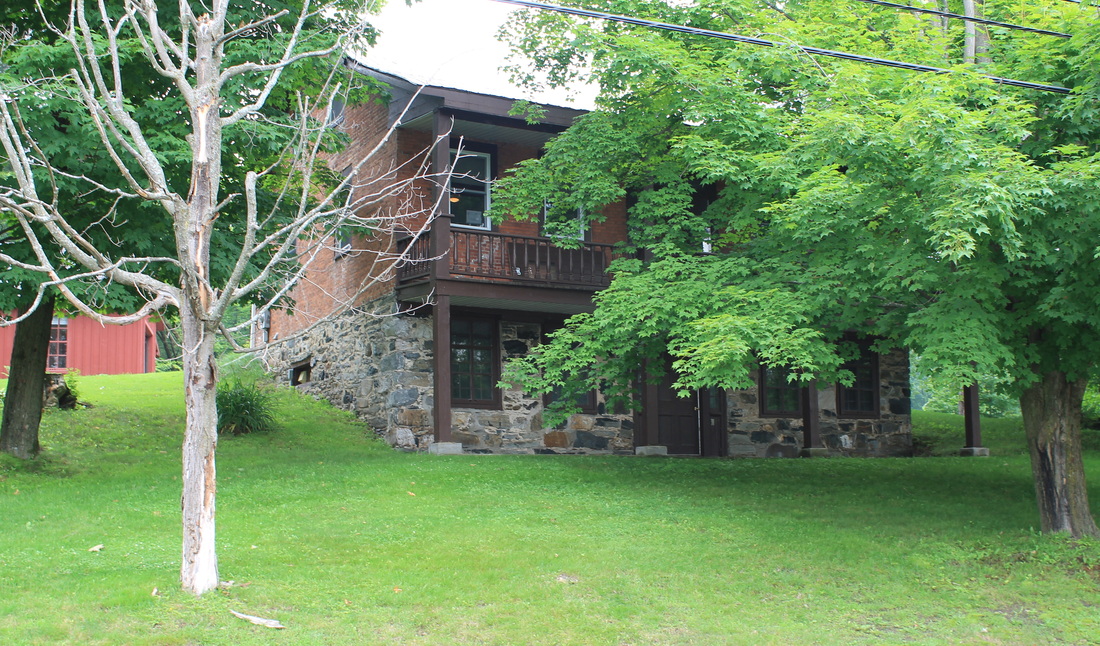 Master builder John Mackenzie modeled this house on a Hudson River manor, in 1835, for Ezra Dorman on his 80-acre farm. The 8 foot high basement foundation, 26 inches thick, was constructed of flat fieldstone, the bricks were made of clay from the property and the beams were hand-hewn.  Dorman declared bankruptcy, and the house passed to other owners.  It is now known locally as the Farrar house, for the family which owned it through most of the 20th century.  When new owners were restoring the basement in 1983, they discovered a great bake oven build by the stonemasons in 1835.

In 1876, John Gold bought the property. Gold, who was not a farmer, supplemented his income by contracting the Barnabas (sp) organization to receive Home Children.  This became a half - way house between the main Home Children centres and the farms in the region.  Gold, suspicious of these homeless children, had their bedroom doors built with nine small panes of glass so that a quick inspection could reveal trouble.  Each boy arrived with a new blanket, donated by a benevolent group in London, when the children moved on to their assigned farms, John Gold kept the blankets.  We can still see the large door which leads into the basement, where the stagecoaches stopped to deliver the children.


Another except from an unnamed book says:
"no improvements were made to the property. John Gold was not interested in farming.  He received some additional income by contracting with the Barnardo Homes to receive a series of British orphans who were hired by local farmers to work for their living.  The village folk did not think that Gold was a kind overseer and tales of cruelty were told.  The bedroom doors had nine small panes of glass so that a quick inspection could subdue and rumpus.  It was noted that each one of the boys came with a nice new blanket courtesy of some benevolent group back in London, but when the boys were selected for life on a farm the blankets stayed in the Gold home.  After Mary Ann Gold died her husband rented the property and went to a local "pension" run by a kindly old French couple by the name of Labreche."
Boys listed in the LAC data base as coming to Melbourne, Quebec:
George Bateman, James Blayney, Charles Brown, Joseph Burgess, James Butler, John Butler, Henry L Cook, William Foster, George Hopkins, Frank Jefferies, Edward Monckton, George Pound, F. L. Sadler

Photos of the Goulding Home in Melbourne, Richmond, Quebec where these boy were houses.
Taken July 2013 by Lori Oschefski 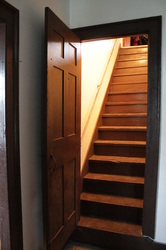 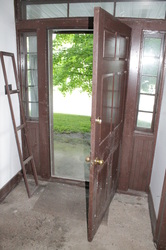 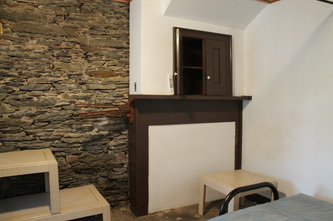 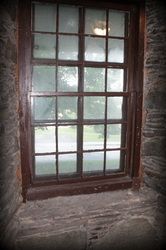 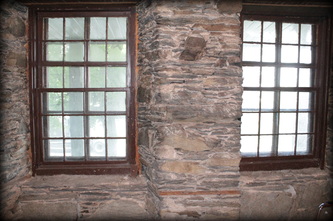 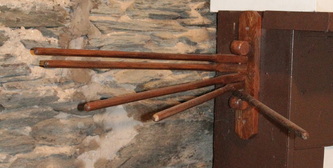 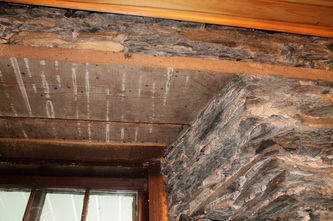 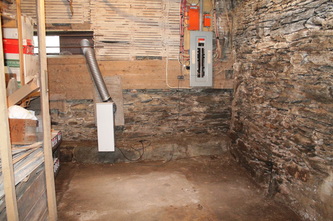 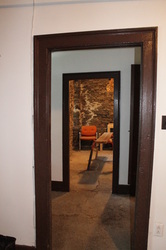 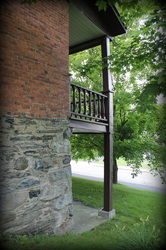 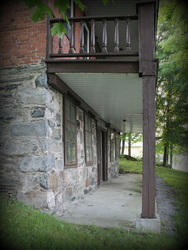 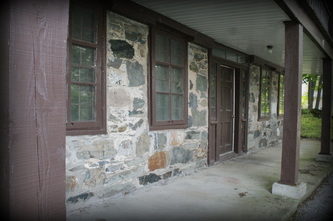 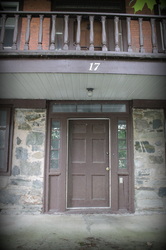 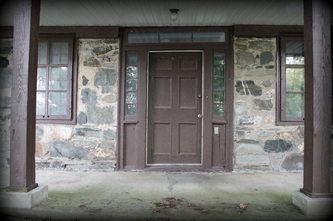 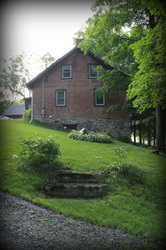 The  Grand Trunk Railway Station, Richmond Quebec c1883
destroyed by fire
this would have been the station the Home Children might have came through 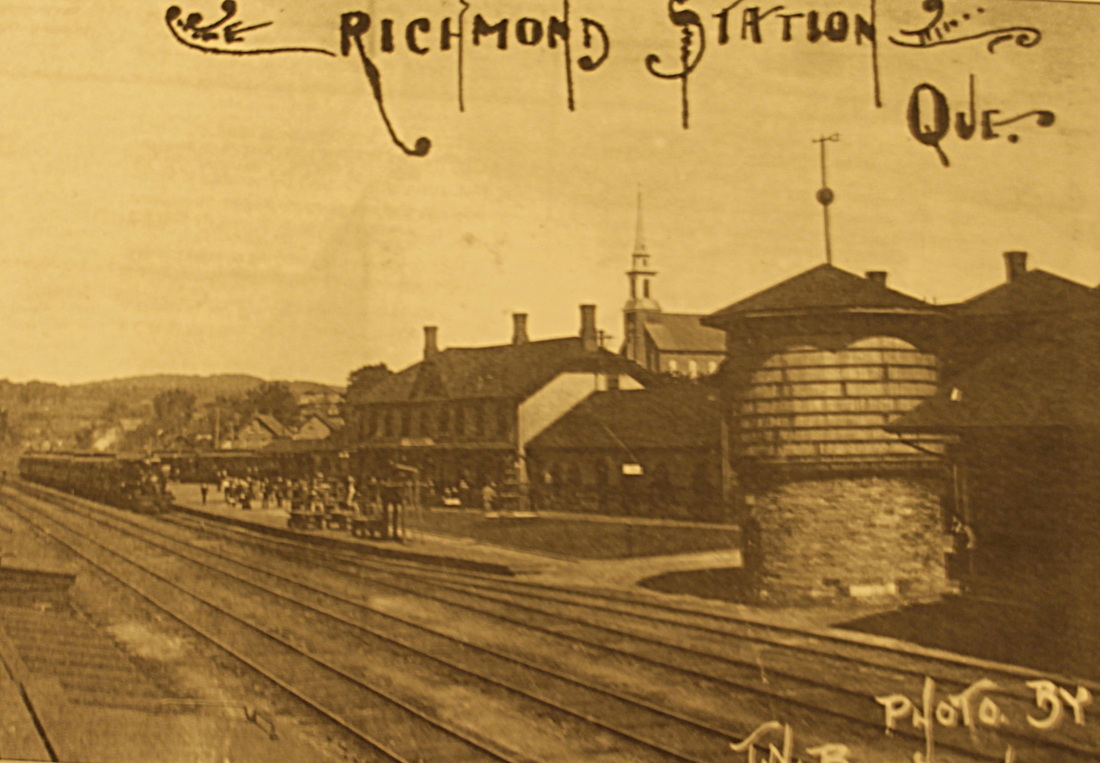 The present Richmond Train Station - built in 1912 after the fire 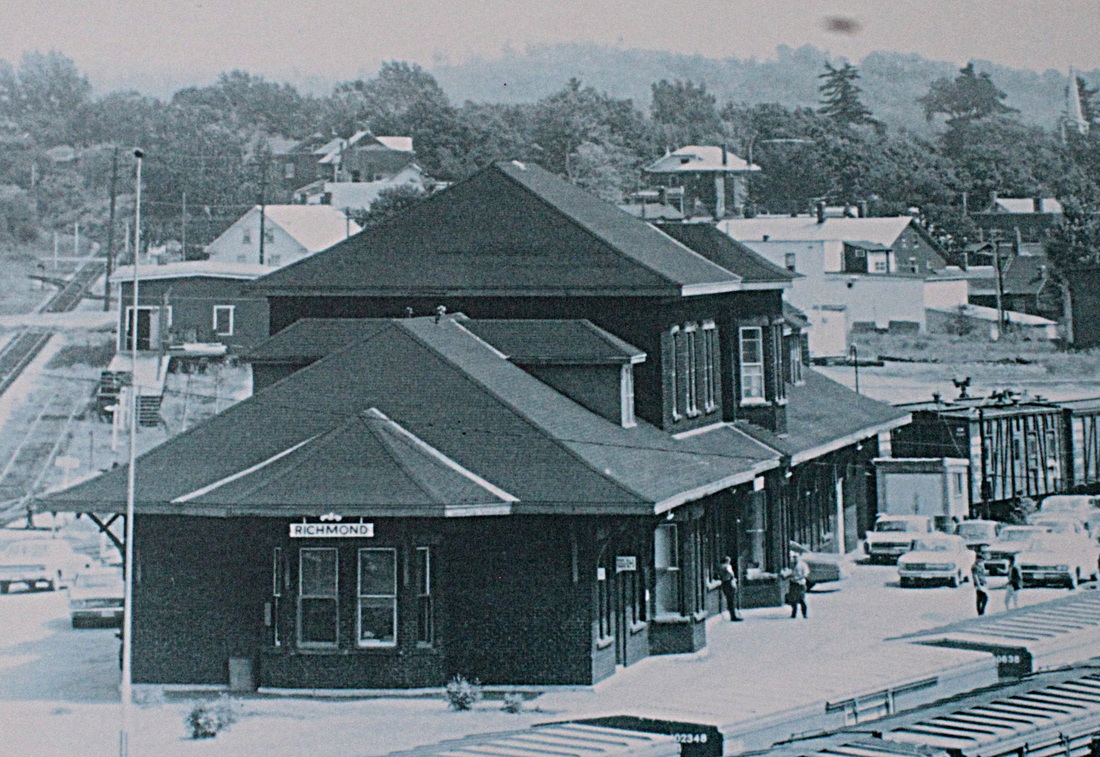 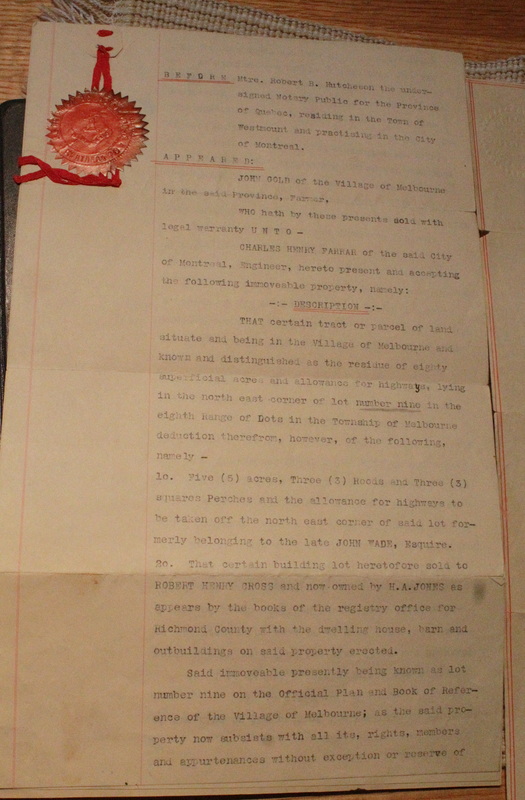 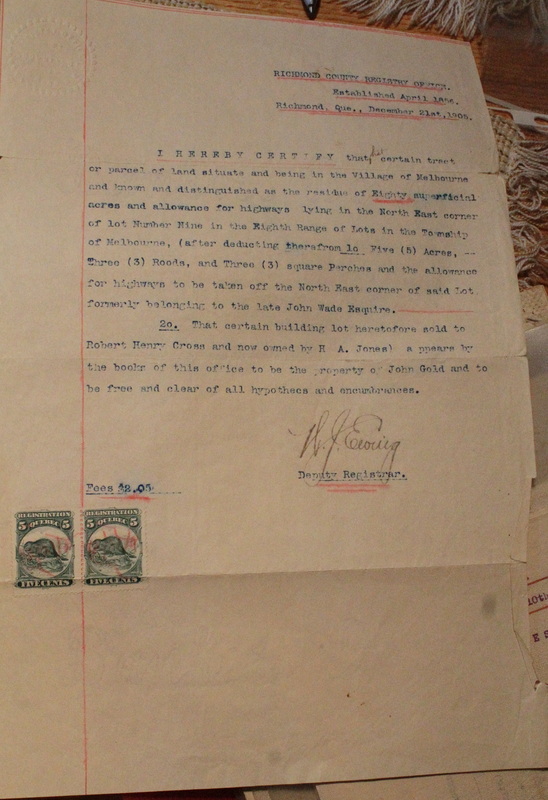