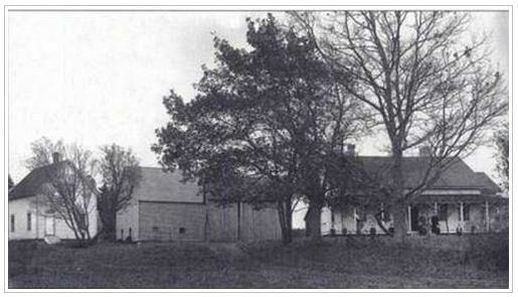 In 1903 Ellinor Close, credited as being one of the few children’s advocates who was truly sympathetic to the needs of younger children, proposed that she bring 7,000 workhouse children from the UK to Canada. The children, she proposed would be trained in Canada and returned to England when of age.  The Times in the UK praised the scheme because the children chosen would be the ailing and the feeble-minded, therefore the better stock of children would remain in England.

The Canadian Government did not look with favour on this plan and it was amended to bring older children.  Mrs. Close had first looked towards Manitoba, but it was the New Brunswick authorities who agreed to work with her. The death rates in New Brunswick institutions had reached 80% in some years, with rampant sexual and physical abuse reported. Mrs. Close’s proposal saw the children living in small numbers in cottage homes where they lived under the care of a matron or “mother”. This would allow the children to live in an environment which was liken to “normal” family life. Her farm, which opened in Nauwigewauk, NB, was mirrored after the Dr. Barnardo’s Barkingside Village in Ilford, England. The children were  to receive some training in England before being sent to Canada. In February of 1905, the Lord Mayor of London called a meeting to discuss the new emigration scheme of Ellinor Close. Attending this meeting was a seriously ailing Dr. Thomas Barnardo. A reporter from the Canadian Globe was present and published one of the last descriptions of this man who chose Canada as the home for thousands of British children. In his account, he told how Dr. Barnardo took the stage at this meeting and very eloquently and with great enthusiasm, ridiculed the proposed scheme. Dr. Barnardo died seven months later. Despite the push back, Ellinor Close started emigration of children, in 1906, with these nine children shown in these photos. The photos suggest a remarkable improvement in the health of the children in the six months they had been in Canada.

The 1907/1908 economic decline in Canada  caused the government to deem the Ellinor Close farm too costly to run. The government was tightening restrictions on child immigration to disallow the immigration of children who might become a burden to the Canadian tax payer. The local government subsequently withdrew  approval of the migration of workhouse children.  By 1912 the Royal Colonial Institute, a UK based “non-political learned society to promote colonial affairs”(now known as the Royal Commonwealth Society) suggested Ellinor Close’s farm had “reached its highest expectations”.  By the outbreak of the First World War in 1914, the farm had closed.

Oliver Hind, Dakeyne Boy's Farm, would model their work after Ellinor Close. Also keeping close tabs on the progress of the Ellinor Close Farm, was  Kingsley Fairbridge, who had started a farm school in England in 1906. He was considering a farm school set up in Newfoundland and considered Ellinor’s Canadian farm a threat to his plans. As it stood, the Newfoundland farm never happened. Fairbridge would not bring children to Canada until 1935 and then the children were taken to Vancouver, BC.

As the year (1906) is drawing to a close, it will be in keeping to say a few words of praise for the "Elenor (sic) Home" and its happy family and to begin, it is safe to say the children never experienced a Christmas such as the one just past. Everything possible was done by Misses Dunn and Row to make it pleasant. During the afternoon and evening a large number of invited guests gathered at the home. A monster Xmas tree, well loaded with very suitable presents for each and all, stood in the center of a large room and when the door was thrown open and the children entered, there was a scene never to be forgotten by those present. The exclamation of delight and the happy faces were pleasant to behold as each was handed a gift and it made one's heart rejoice to hear the happy childish speeches and see the look on their faces and it did not end with the orphan children of the home, but was taken up by old and young of the invited guests, over 50 in number, and each and every one had some token of remembrance presented to them by Misses Dunn and Row. After that part was well over the visitors were very pleasantly entertained for an hour or more by the children of the home and the very able manner in which each and every piece was rendered was highly creditable to the children and those in charge. The Xmas carols were a treat, and the whole entertainment was very enjoyable. After all had enjoyed themselves in that respect, Miss Dunn had another surprise in store as all were invited to another room where a large table was spread and filled with the most tempting array of dainties. This was another sight your correspondent will never forget. It was surely one good to behold and never to be forgotten. It is safe to say all left that table well satisfied and thankful. Oh, that the friends of the children could only see them, so happy and so contented here in Canada. It would do you good to see and know how dearly the children all love Misses Dunn and Row, and well they may, for they are in every way worthy of the love of all. As the Xmas party was chiefly for the young, Miss Dunn had about 50 grown up guests invited from 7:00 to 10:00pm on Friday, December 28th. This was also a time for pleasant surprise, a very enjoyable entertainment was given by the children after which all partook of the bounties of a well filled table. The remainder of the evening was spent in merry making and in remarks from many of the guests, who all made pleasant reference to the management, especially of Misses Dunn and Row. The meeting closed by many exchanges of good wishes for one another and by singing "God Save the King." 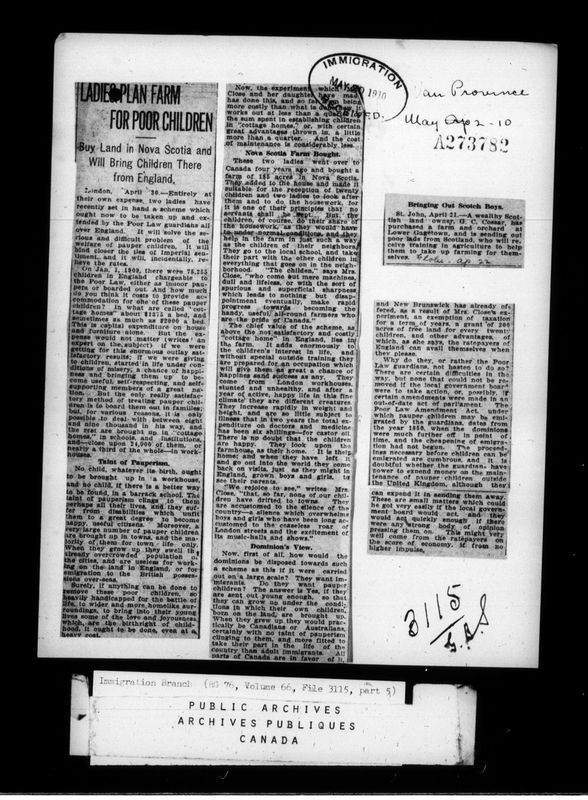 Links for more information on the Ellinor Close Farm

The golden bridge: young immigrants to Canada, 1833-1939 By Marjorie Kohli