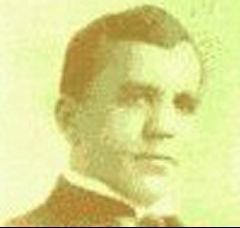 "Two-Gun" Cohen
Few people have ever lived lives as exciting and varied as Morris "Two-Gun" Cohen. From a petty thief in London's East End to a general in the Chinese army, Cohen's life was so extraordinary that it would have been rejected as "implausible" by most film producers.

Cohen was born to Orthodox Jewish parents, who escaping pogroms and crushing poverty emigrated from western Poland to London while he was still a child.

Though his parents were extremely religious and proud of their Talmudic traditions, Cohen's sense of adventure and the lure of the streets of late Victorian East London took him down a very different path. At an early age he worked both as a boxer where he fought under the names "Fat Moisha" and "Cockney Cohen," as well as a petty thief and pickpocket under the tutelage of a crook known as "Harry the Gonof." (Gonof means thief in Yiddish.)

At 12, he was sent to reform school for five years. After his release, he was brought to Saskatchewan, Canada (at the time Canada was still being actively colonized by the British) where he was to work as a farmhand and rehabilitate himself through clean prairie living and hard work. This lifestyle, however, didn't go over well with Cohen and after a short time he left the farm to travel throughout Canada's "Old West."

Soon Cohen was plying his trade as a barker (the person who lures people into the show) for theGreater Norris & Rowe Circus, a grifter, pimp, card sharp and pickpocket. During these years he was arrested over ten times and landed in prison twice.

In World War I, Cohen fought with Canadian Railway Troops in Europe, where part of his job was to supervise Chinese laborers who had been sent over from China via Canada to the trenches of Western Europe to help build railroads. It was here he became intimately acquainted with the customs and traditions of the Chinese.

After the war, Cohen frequented Chinese gambling dens in Canada, where he became friends with many Chinese immigrants. Cohen had become a great hero to the Chinese-Canadian community in Saskatoon when he came to the aid of Mah Sam, a Chinese restaurateur and gambling-den owner who was being robbed. Cohen knocked out the perpetrator and threw him out in the street. This was an unusual act of kindness from a white man on behalf of the highly discriminated against Chinese.

Mah Sam had been a keen supporter of Sun Yat-sen, a revered nationalist leader in China. Sen was regarded by many Chinese as the "George Washington" of China after he overthrew theQing Dynasty in 1911 and became the founder of the first Republic of China.

In 1922, Cohen traveled to China after having learned about events there. With his trademark guile and charm he was able to finagle his way into Sun Yat-sen's entourage and was hired to work for Yat-Sen as a bodyguard. Sometime later he was training Yat-sen's troops in boxing and shooting. Later on he helped smuggle weapons for the leader's troops, and for his activities on behalf of Yat-Sen, was promoted to Colonel.

Over the years Cohen solidified relationships with many top Chinese political figures. He was an arms dealer for the warlord of Canton in the 1920s and an adviser to Wu Tiecheng, the Canton police chief, who eventually became the mayor of Shanghai.

After Sun Yat-sen died, Cohen was again promoted, this time to "General," and in 1930 he became the Chief of Chinese Intelligence with the two primary threats being the Chinese Communist Party and the Japanese, who had spies throughout coastal China.

When the Japanese invaded China in 1937 Cohen acquired weapons for the Chinese for use against the invaders. He also did intelligence work for the British.

He was captured by the Japanese in Hong Kong—he had gone there to rescue Mme. Sun, the widow of Yat-sen, who was there doing charitable work and had been immediately arrested—and spent months in a concentration camp in Hong Kong where he was severely beaten. In 1943, he was released as part of a rare prisoner exchange and sent back to Canada.

In 1948, he helped Zionists in Palestine acquire weapons and trained them in ways to attack the British in the event that they didn't leave the territory as was promised, which they did.

In the 1950s, he settled back in England, in Manchester.

Cohen spent much of the rest of his years acting as a liaison between the West and China. Cohen straddled the line between the Nationalists and Communists of China and had a good relationship with both.

While working to promote better understanding between the West and East he enriched himself as a consultant for Rolls Royce, Vickers (airplanes) and Decca Radar.