Britain is issuing its apology today. Australia has already apologized. I've never quite understood the point of government apologies being extended several years after the actual persons responsible for the decisions have long since departed. Yes, the decisions were made as a government and that I guess is why governments are apologizing. But really, the elected officials of the day -- the people who actually made those bad decisions -- are long since dead. They are the people who were responsible for the consequences of those decisions -- not the governments that followed. But historically, governments have found it appropriate to issue apologies, and in some cases, even paying significant compensation to victims' descendants. I simply don't agree that the government of today is responsible for the consequences of decisions taken by the government of yesterday. The government of today is responsible only if they don't change whatever policies allowed the horrific action to take place in the first instance. Then they would have something for which to apologize. If today's government didn't commit the injustice, why is today's government apologizing, and in some instances paying out huge amounts of money? Acknowledge the injustice; sympathize, maybe even empathize. But apologize? I just don't get it. Put in simple terms, do you apologize for something you didn't do? I don't; I apologize for stuff I've done, and only for stuff I've done. I can't apologize for something my grandparents have done.How then do I expect an apology from my grandparents' government? What their government did may have been horrific; but that government doesn't exist any more.And the government of today didn't DO it, so what would an apology today really mean?

Today, the British government will apologize for its role in the child-migration scheme. Perhaps that is appropriate, since that is the country that devised the scheme in the first place. Dating as far back as 1816, England would clear its streets of undesireables - including children - by shipping them to the New World, or sending them to penal colonies for misdemeanors. There is nothing in Canada's history books about the British Home Child scheme; it's what I call Canada's dirty little secret. Over the past 20 years or so, descendants of British Home Children, as they've come to be known, have been very vocal about their history, or shall we say their lack of history. Websites have cropped up on the Internet; specific sites have been provided for descendants to seek out their genealogical roots. And it's only because descendants of British Home Children have been so vocal that anything is known about the scheme in Canada.The children themselves never spoke of it; they were ashamed of their backgrounds. When I first started researching my family tree, I knew that three of my grandparents had originally come from England. What I didn't know 25 years ago was that they all three were British Home Children. 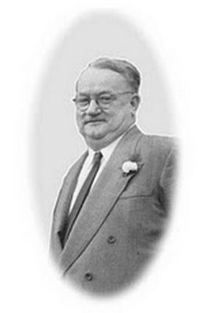 Thomas Cherryholme
My paternal grandfather, Thomas Cherryholme, was in fact orphaned when he was sent to Canada as a 15 year old farm hand. He was first sent to a farm in Quebec, where he reported having been abused so he was moved to a farm just outside of Ottawa. He never had further contact with his older brother who stayed behind in England (we never knew what had happened to that brother in spite of my uncle's efforts to find him). My British Home Child grandfather eventually married a French Canadian woman and my father was their third child.

My father longed to find his "Uncle John Willy" whom he never knew. On the other side of the ocean, John William's son, whom he named Tom after his brother who went to Canada longed to know the family that he knew he must have in Canada. My research made the connection in 1999; sadly Tom (John William's son) died in 2001. His widow and family have since visited Canada and we continue to enjoy contact with our British cousins through the Internet. 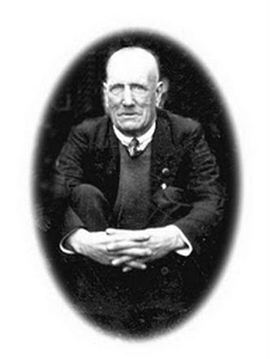 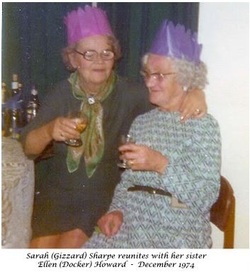 My maternal grandmother, Sarah Gizzard, was an orphan who was sent to Canada when she too was only 15 and she worked as a domestic in the home of a loving family where she was very well treated. My mother remembered being taken back to that home for visits as a child. My grandmother maintained written contact with her sisters who had stayed in England, so we grew up knowing of this British family. I continue to be in contact with various descendants today through the Internet.In 1974, my parents took my grandmother back to England where she and her sister were reunited after a 62-year separation; she met her extended family for the first time.

My maternal grandfather, Samuel Sharpe, was also sent to Canada as a 15 year old farmhand, and he was settled outside Ottawa in the Kingston area. I have yet to prove that he was orphaned when he was brought to Canada. My research only recently turned up proof that he too left an older sibling in England, someone we certainly never heard tell of. Today, I am in touch with descendants of that older brother -- again, they had no idea that they had Canadian relatives until I contacted them with proof of our relationship. My British Home Child grandfather eventually married my British Home Child grandmother, and my mother was their sixth child.

These two couples, my paternal grandparents and my maternal grandparents -- three of whom were British Home Children -- are responsible for over 275 Canadians and several American citizens roaming around today. I think that's quite an impressive contribution for three young British children who left their families behind for a better life in a better land. But was it better? How will we ever know? They never talked about their pasts.They were too ashamed of it. They never told their own descendants about their history.

Child emigration to Canada was discontinued in the 1930s when the Great Depression created a labour surplus in Canada. It is estimated that up to to 100,000 children had been transported to this country. Yet the Canadian government has been so ashamed of the British Home Child scheme that there is no record of it in our history books. I know. Twenty-five years ago, I went looking. I searched everywhere. Nobody wanted to talk about it. Even today, very few people have even heard of it. Try it. Say "British Home Child" to someone. Does that person know of what you speak? So how good a life could it possibly have been to which the government was delivering these children? The government knew then that it was a bad idea -- that's why there's no record of it! Canada can't apologize for its part in the child migration scheme because it must first admit that it happened.