With thanks to these two special collections, Cecil's donated by Wilda Hay and Winifred Payne - purchased from e-bay, we have been able to put together a document trail of the process of admission, emigration and placement of the Barnardo Children. Both collections will be on loan to the Museum of Canadian History (formally the Museum of Civilization) for 20 years for an exhibit on the Home Children scheduled to open late 2016. 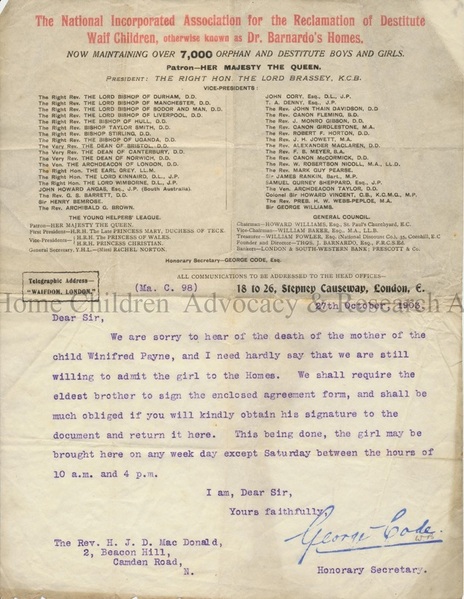 October 27th 1903 Letter to The Rev. MacDonald regarding the death of her mother & admittance into the home. Stating that Winifred cannot be admitted until her eldest brother signs the agreement. This agreement would have contained a clause which once signed, gave the family's permission to emigrate Winifred. 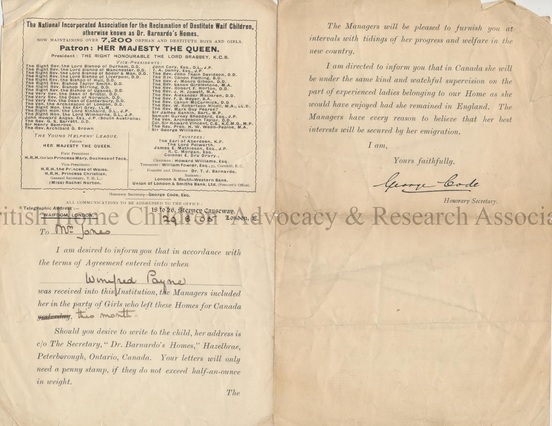 After sailing notice from Winifred Payne. Notifying the family that without any further notice to them, she had been shipped to Canada. It does not give any chance for the family to retrieve Winifred if their circumstances had changed or a chance to say good bye to her. This is a standard form with her information written in suggesting that this was standard practice for Barnardo's. 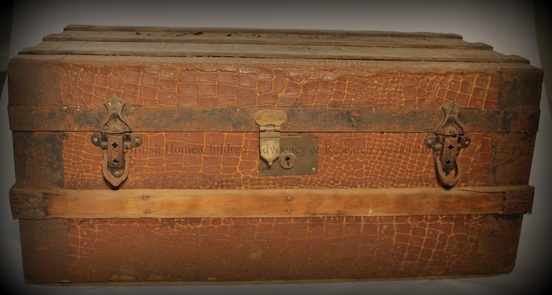 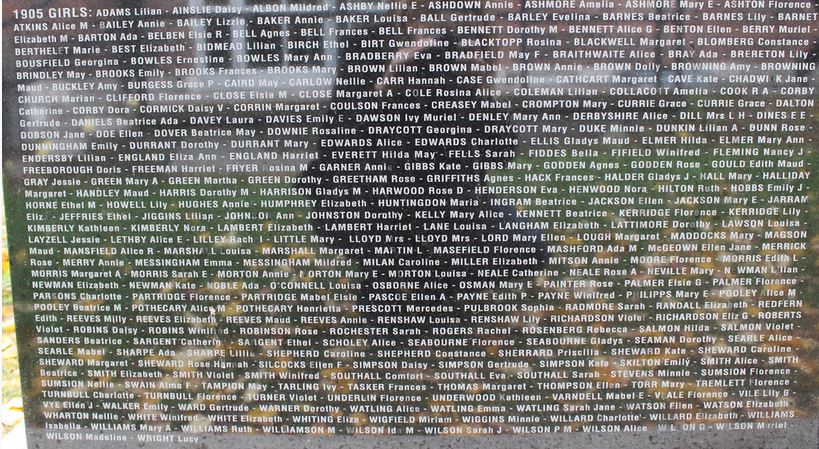 Winifred's name on the 1905 panel of the Hazelbrae Memorial in Peterborough. http://canadianbritishhomechildren.weebly.com/the-hazelbrae-memorial.html 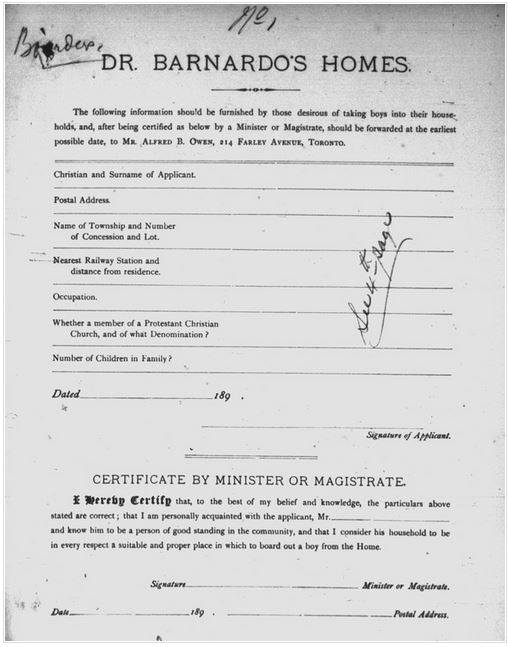 Application for a boy from Barnardo's 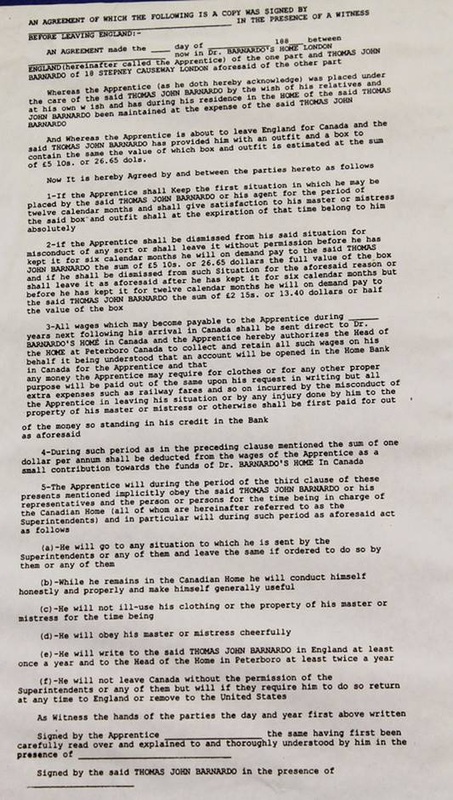 The boys contract they had to sign
Application in Canada for a boy. I have often read that each application had to come with a $3 application fee, but have not seen proof of this until the Cecil Bennett Collection. 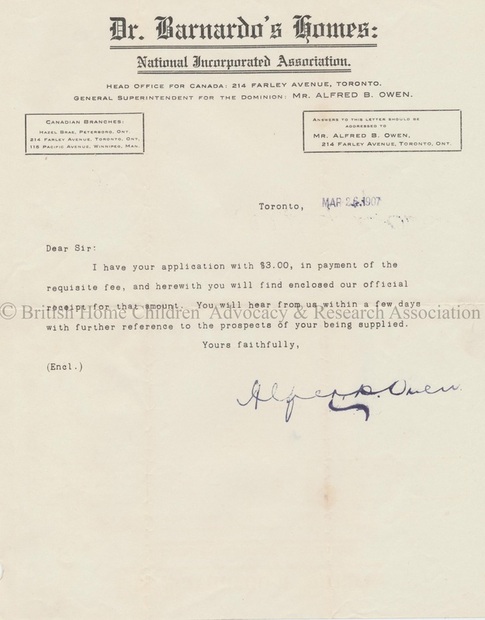 This $3 fee documents was the fee charged for Barnardo's for each application accepted for a child. Not to be confused with the government bonus paid for each child. 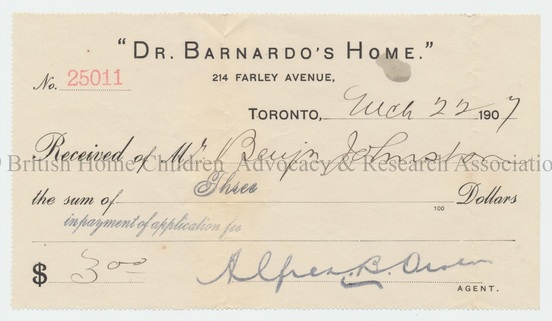 Receipt for the application fee 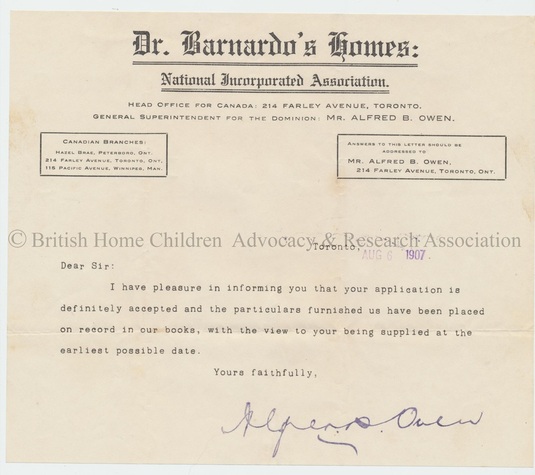 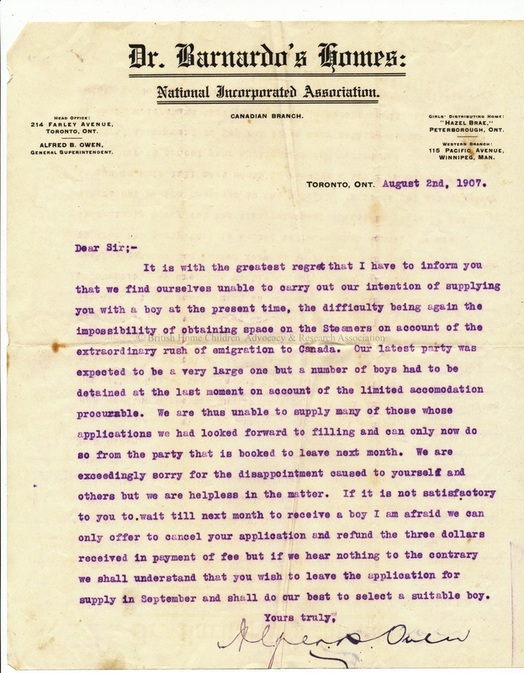 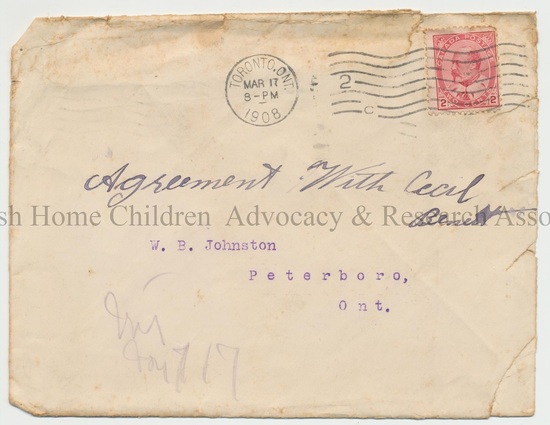 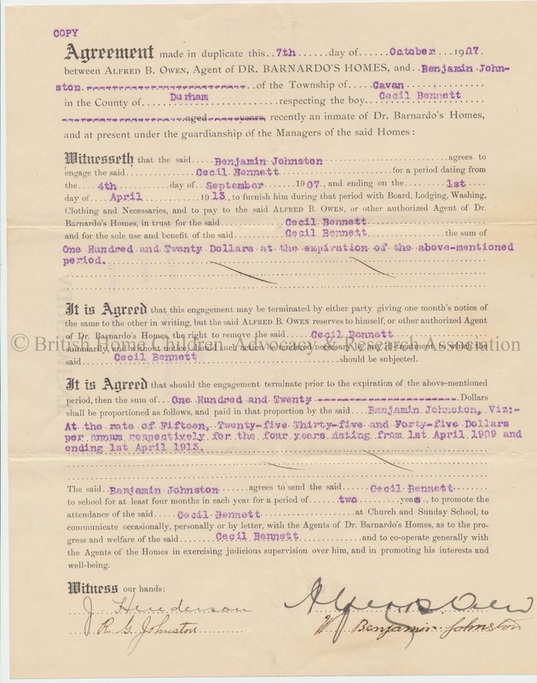 Cecil Bennett was treated as a son by Ben Johnson. He was educated and not expected to work until his education was finished.
1911 Census of Canada about Winnifred Payne placed with Curtis D Beemer and family. 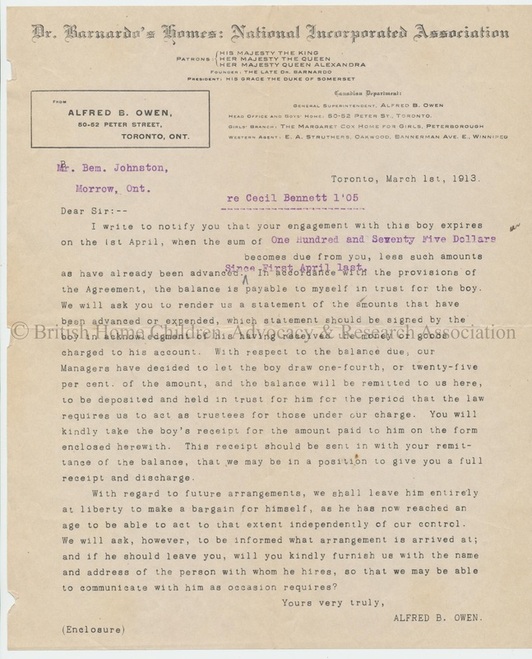 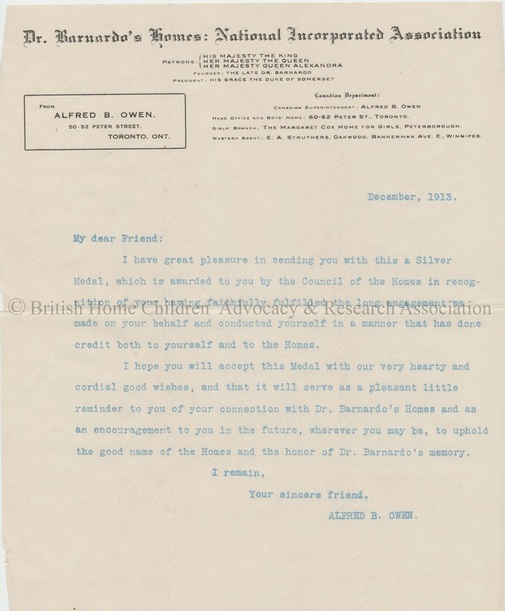 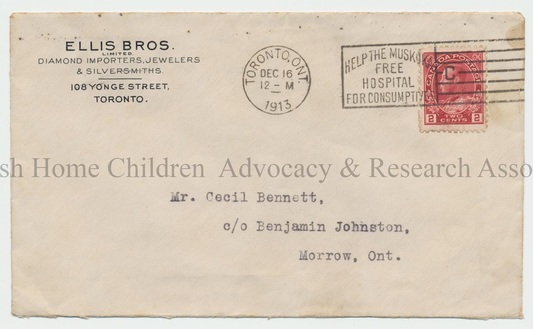