Many family members were separated and never saw each other again. Lucky ones found their siblings after many years apart. 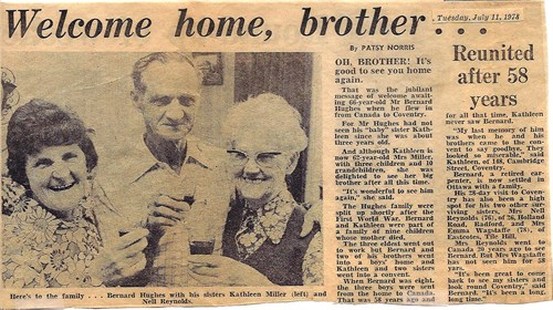 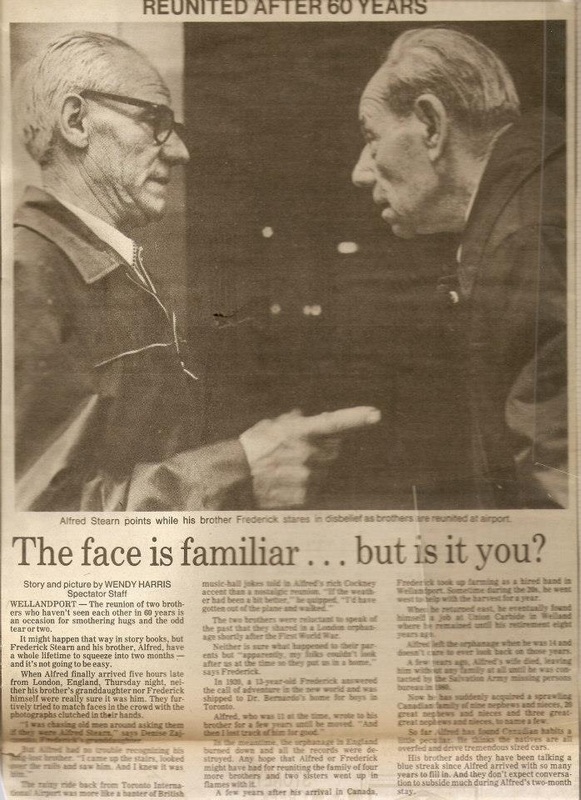 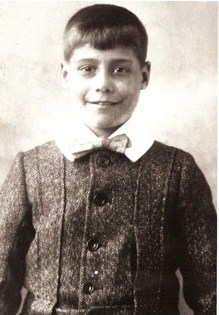 The reunion of two brother who haven't seen each other in 60 years is an occasion for smothering hugs and the odd tear or two.It might happen that way in story books, but Frederick Stearn and his brother Alfred have a whole life time to squeeze into two months - and its not going to be easy.When Alfred finally arrived five hours late from London, England, Thursday night, neither his brother's granddaughter nor Frederick himself were really sure it was him. They furtively tried to match faces in the crowd with the phtographs clutched in their hands.I was chasing old men around asking them if they were Alfred Stearn, says Denise Z---, Frederick's granddughter.But Alfred had no trouble recogonizing his long lost brother. I cam up the stairs, looked over the rails and saw him. And I knew it was him.The rainy ride back from Toronto International Airport was more like a banter of British music-hall jokes told in Alfred's rich Cockney accent than a nostalgic reunion. "If the weather had been a bit better" he quipped "I'd have gotten out of the plane and walked"The two brothers were reluctant to speak of the past that they shared in a London orphanage shortly after the First World War.Neither is sure what happened to their parents but "apparently my folk's couldn't look after us at the time so they put us in a home" says Frederick.In 1920, a 13 year old Frederick answered the call of asventure in the new world and was shipped to Dr. Bernardo's home for boys in Toronto.Alfred, who was 11 at the time, wrote to his brother for a few years until he moved. "And then I lost track of him for good.In the meantime, the orphanage in England burned down and all the records were dystroyed. Any hope that Alfred or Frederick might have had for reuniting the family of four more brothers and two sisters went up in flames with it.A few years after his arrival in Canada Frederick took up farming as a hired hand in Wellandport. Sometime during the 20's he went west to help with the farvest for a year.When he returned East he eventually found himself a job at Union Carbide in Welland where he remained until his retirement eight years ago.Alfred left the orphanage where he was 14 and doesn't care to ever look back on those years. A few years ago, Alfred's wife died, leaving him without any family at all until he was contacted by the Salvation Army missing persons bureau in 1980.Now he has suddenly acquired a sprawling Canadian famiy of nine nephews and nieces, 20 great nephews and nieces and three great great nephews and nieces, to name a few.So far Alfred has found Canadian habits a little peculiar. He thinks the natives are all overfed and drive tremendous sized cars.His brother adds they have been talking a blue streak since Alfred arrived with so many years to fill in. And they don't expect conversation to subside much during Alfred's two month stay. 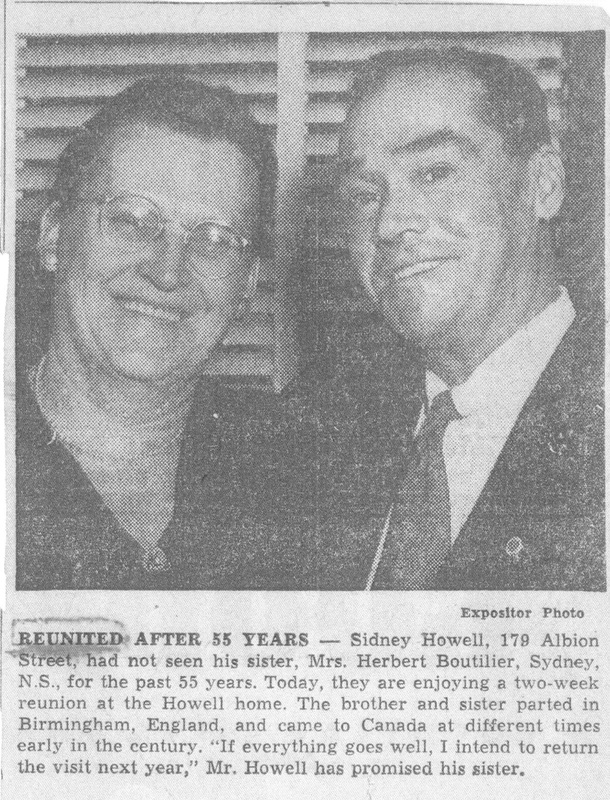 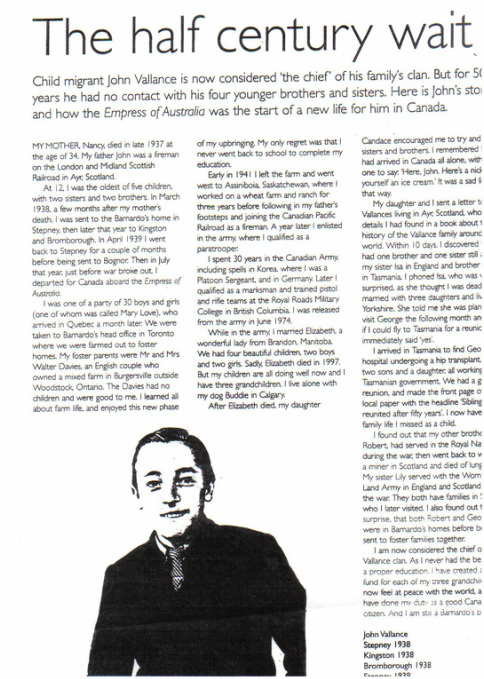 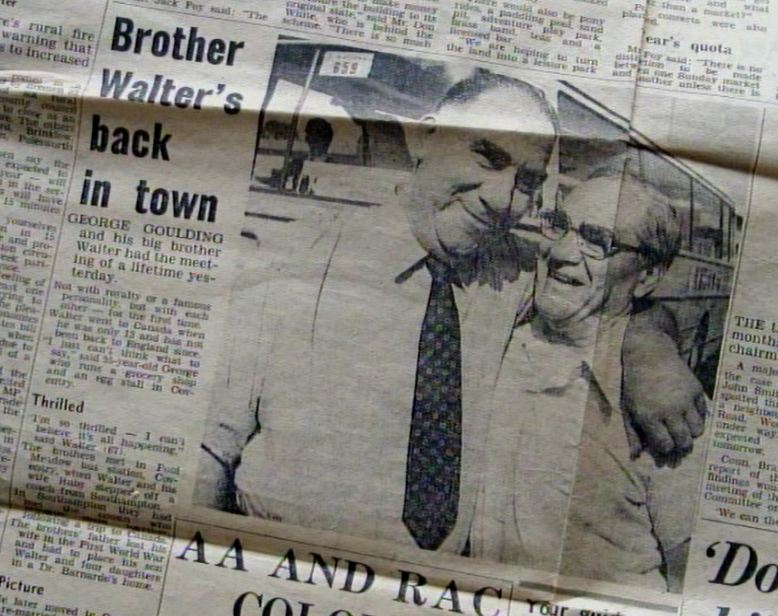 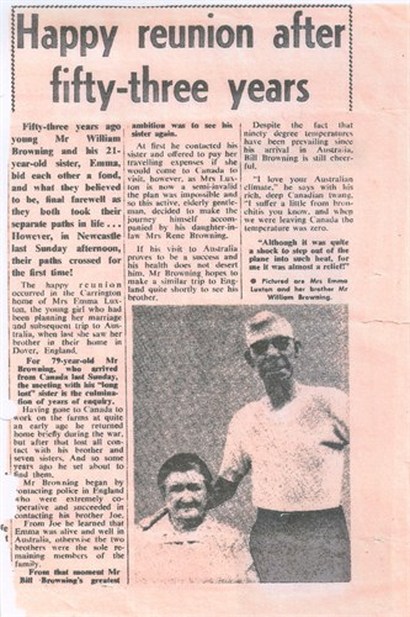 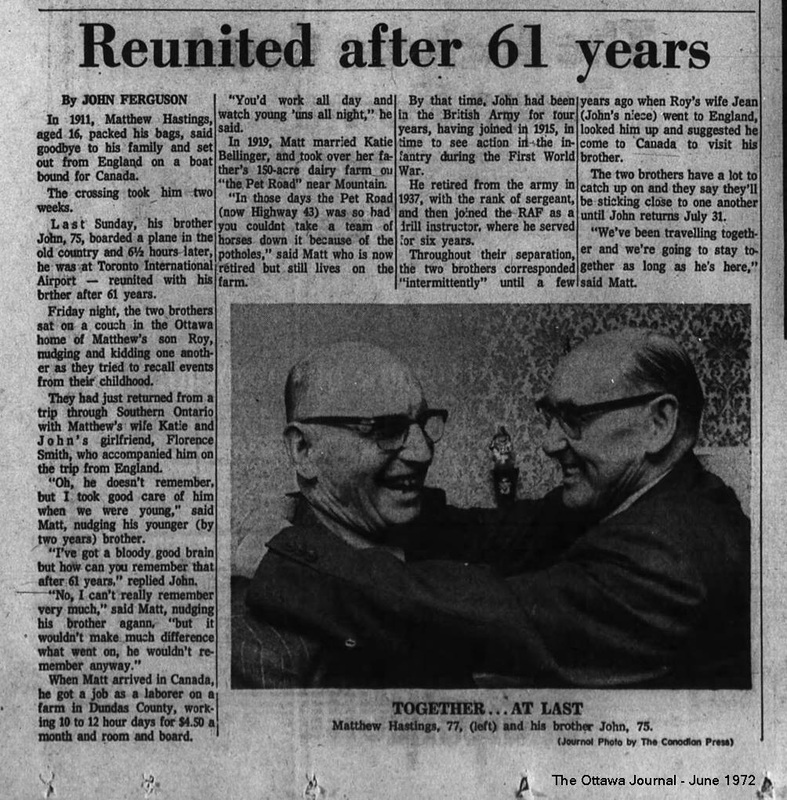 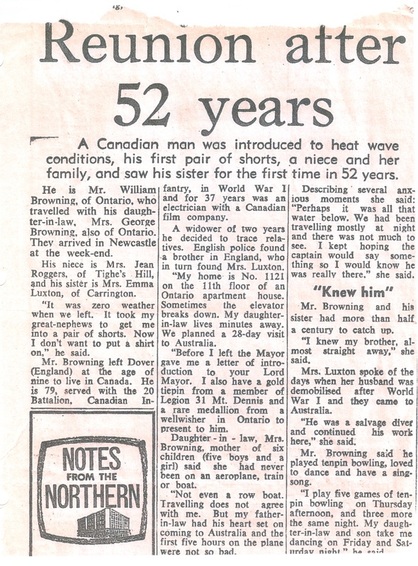 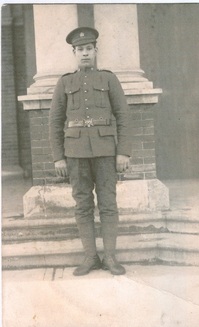 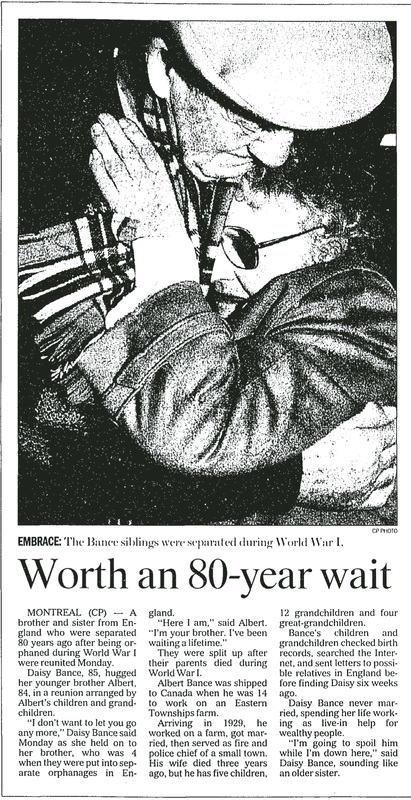 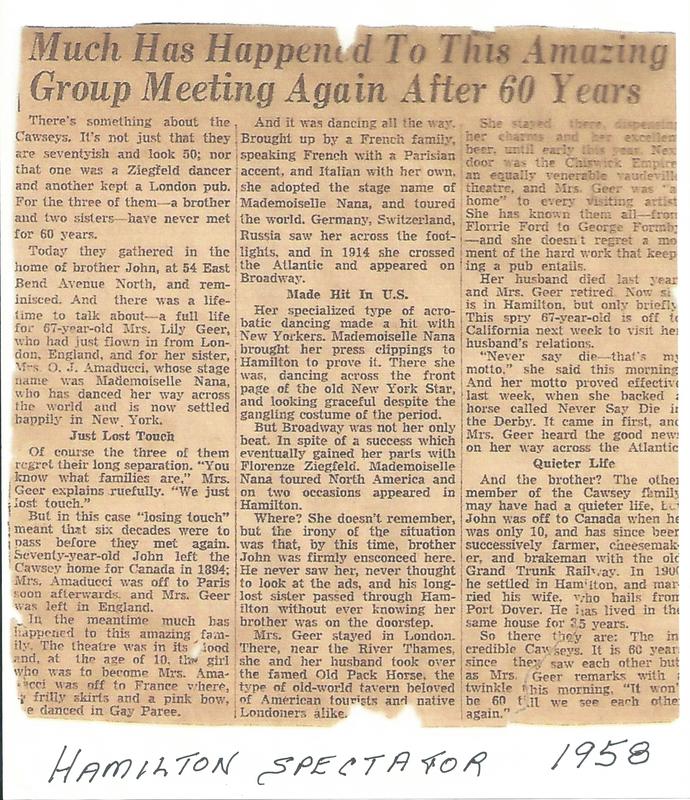