Rogers, Frederick of the September 1891 party.  After a rather unsettled career in Canada, Fred. Left for England, but subsequently returned, and about the time of the outbreak of the Spanish war enlisted in the United States army.  After serving through the campaign in Cuba, his regiment was drafted to the Philippines and from there the news has come of his having been killed in action.  We understand that his relatives in England have been informed of his death by the American authorities and we (illegible) offer them our sincere condolences in this sad bereavement.

"Whittle, Elijah - death by drowning which deplorable accident too place on Sunday, July 2 on the farm of his employer Mr. W. D. Perkins, Lothair P.O. Manitoba.  Poor Whittle, it appears, was bathing in a pool which forms part of the little stream of Oak River, and, accompanied by his employer’s son, plunged into deep water never to rise to the surface again in life.  A careful investigation by Dr. Crookshank, coroner for the district, satisfied the authorities that the said affair was entirely accidental, and the mortal remains of one of our once brightest youths, whose life was full of promise in this young country, were laid to rest in the little rural churchyard.  Loving hands prepared floral remembrances on behalf of the young man’s relatives and the Rev. Mr. Stoddard, always a warm friend of the Homes, sole???? Conducted the last sad (illegible)."       E.A. Struthers"


Also interesting mention on pg 274:
With writeup on Joseph R. Eaves and his appearance at Exhibition (appears to be gathering of current & former Home Boys).  "Comparing the present gathering with the rather too uproarious week of jollification in which Joe was one of the leading spirits five years ago, the present occasion seemed to him altogether  too “slow” but we have neighbours to consider, and we are not sufficiently popular among the Irish population on Farley Avenue to care to run the risk of making ourselves a nuisance, as we might be considered if music, singing and dancing are prolonged to an unreasonable hour.

A description of the July 1902 party

speaks of the tragic deaths of
William H. Hartley, who took sick of diphtheria and was buried at sea
&
Edward George Adderley, died as a result of an accident while disembarking and is buried in Boston
arrival 1902-07-25 aboard the New England 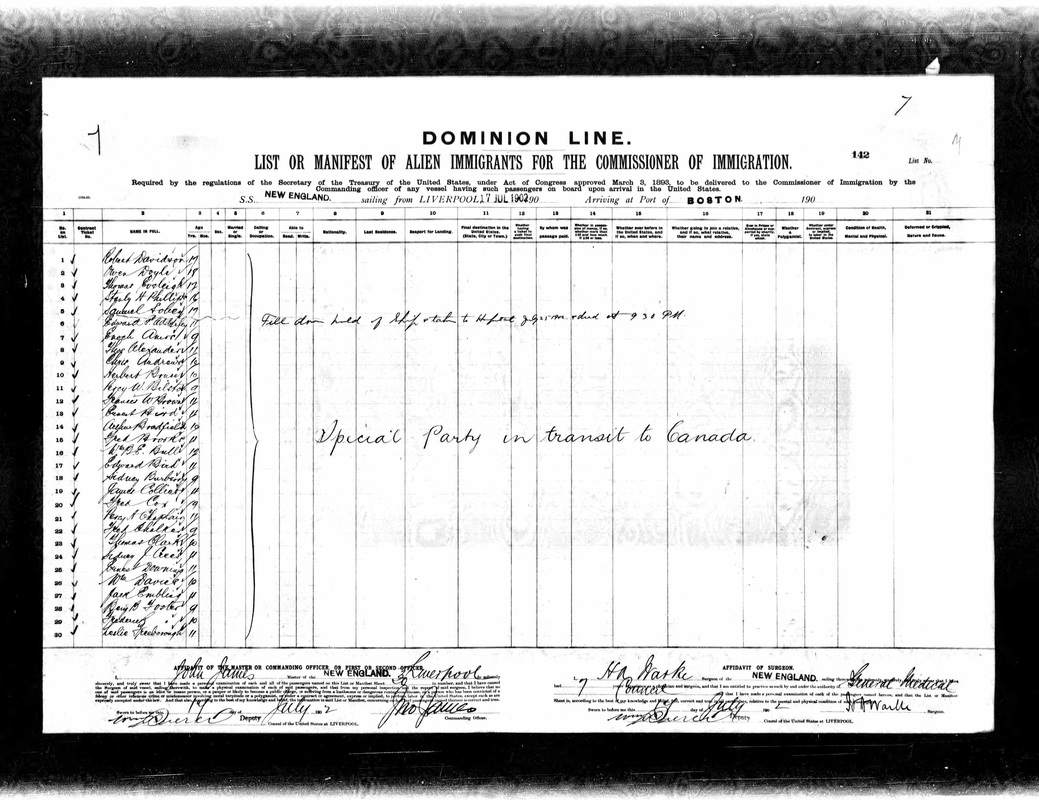 Arrival in Boston - with not about Edward Adderley's accident and death
Edward Adderley was buried in the Mt.Hope Cemetery in Boston. A search into Boston newspaper archives by Dan Oatman turned up the following:
From Boston Globe Archive, Sat. July 26/1902 "Edward C. Addeley, a lad on board, fell and fractured his skull" and from Boston Herald, Sat. July 26, 1902 "BARNARDO WAIF...Edward George Addley... killed by falling.. 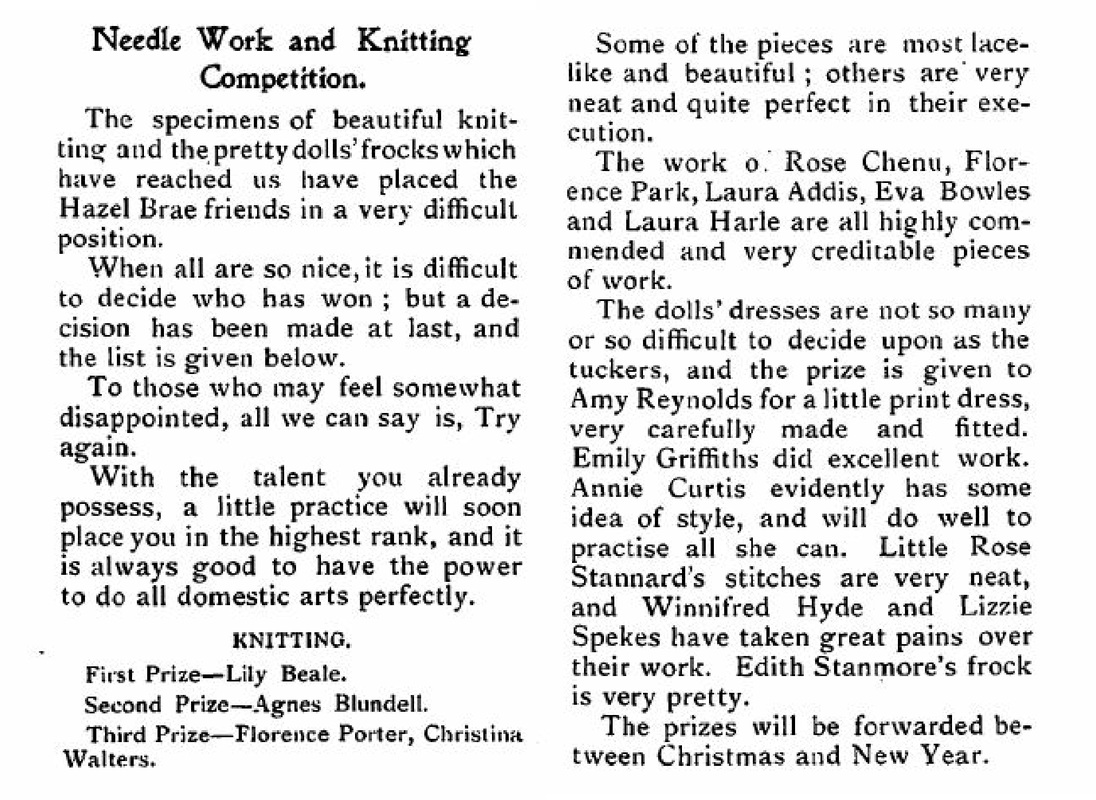 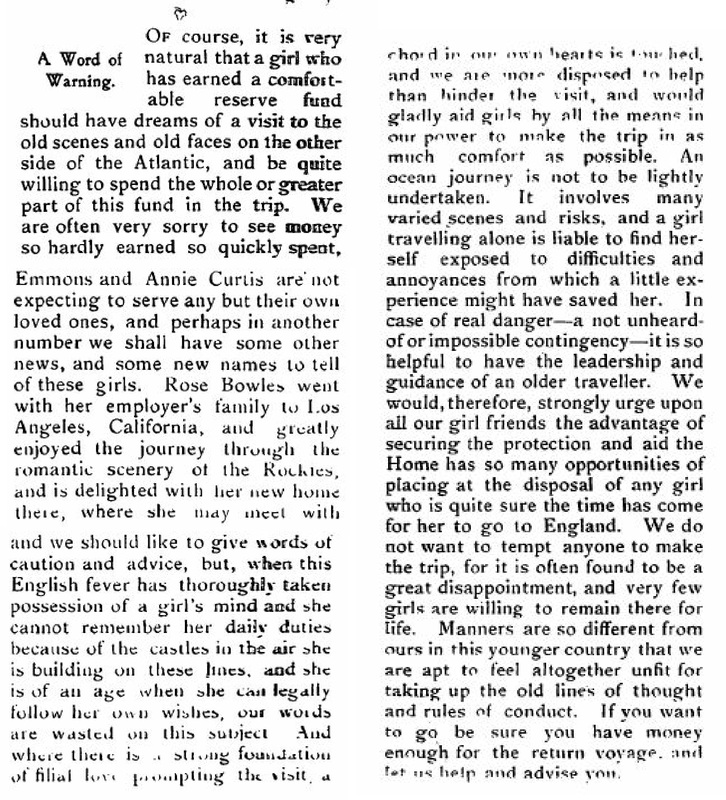