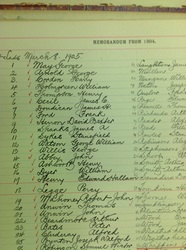 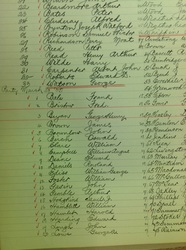 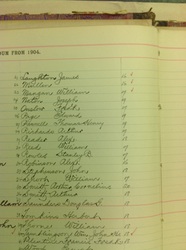 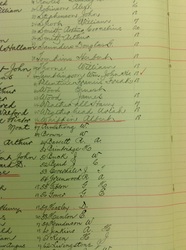 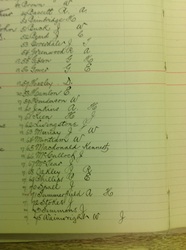 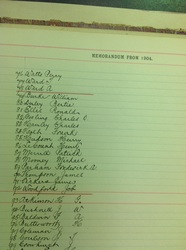 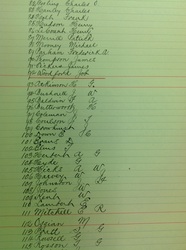 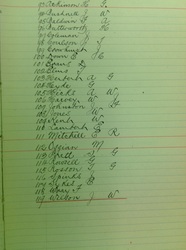 Names of the boys listed in these records 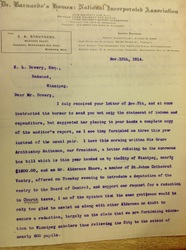 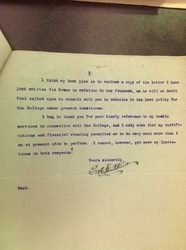 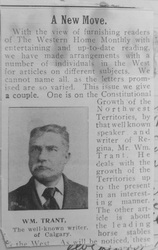 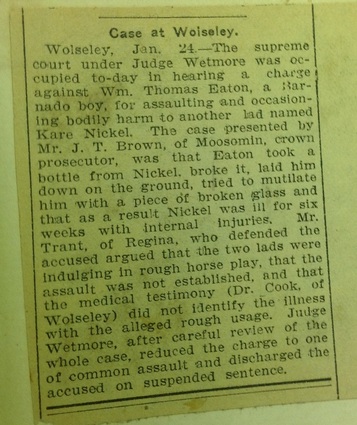 Thurs Jan 19
Currie to Cartwright
employment of McKenzie of Regina

Sat Jan 21
Met Planner at station claims to be working for a man named Ross north of Minnedosa, said he has been employed lately by CPR.  Boy is well dressed and as usual happy.

Tuesday Jan 24
Eaton case some details Judge let boy off on suspended sentence.  Struthers agreed to go on his bond  $50.00 and appear when wanted.

Wednesday Jan 25
wired D. McLean re: boy Wilson at one time in Portage Jail.  Wilson out after 14 days for trespass on CPR yards.

Friday Jan 27
Wainwright called at home out of work but went back to Russell to await a job from Strooper.

Fri 10
prepared Chas. Parkes for situation sent to train station
Sent box of clothing to Rev. Leslie for use of Wpg poor among whom are no doubt a lot of our boys

Monday 13
rec’d confirmation from C.P.R. re: extension of Russell Branch

Tue 14
Taking Baldwin to train
Mrs. Struther’s and Neville return from Russell with mail and brought back chump Littler who has run away from his employer Stanley of Solsgirlh (last 2 letters hard to read - might possiblyeven be th)

Harris returned from Newdale without cause and rec’d reprimand and ordered to return in the am to Mr. Lambs against whom he does not appear to have one word of complaint.

Sat 4
sent Harris back to his situation and Pope to a place near Mineota.

Mr. Norquay took the service at the farm home in the am.  A very small attendance of boys as numbers are much reduced but large list of staff.

Mon 6
Prepared a lot of sent letters for City of Winnipeg Council in re exemption of home from taxes
rece’d word that E.M. William is preparing to move east and settle in a little town called Leamington

Wed 8
re’d wire from George Watson that he is stranded in Minnedosa and can not obtain work  Arranged with clerk to supply ticket and charge at Russell to acct of home.  Watson claims the man he was sent to was so dirty in his habits he was forced to leave his employ.

Sat 11
Had a call from a lad named Walters who had been in the Neepawa district for nearly two years and now desires to secure employment at the farm, sent this young man to Russell with Mr. Neville to search for employment.