While it is true that Thomas John Barnardo did not obtain a university degree, he was certainly a fully qualified medical practitioner (surgeon) being as he was a Licentiate and Fellow of The Royal College of Surgeons of Edinburgh. After the 1858 Medical Act, UK practitioners could acquire qualifications from a number of licensing bodies recognised by the General Medical Council, be they universities, Royal Colleges or (in England) the Society of Apothecaries. As well as our main Fellowship, The Royal College of Surgeons of Edinburgh had also awarded a Licentiateship qualification since 1815, which was developed from the various “diploma” qualifications we had offered since the 1770s to country surgeons or those who intended to serve in the military.

Having been “examined on his skill in Anatomy, Surgery and Pharmacy”, Barnardo obtained his Licentiateship (LRCSEd) on 31st March 1876, and registered to practice on 28th October that year. He did indeed go on to receive full Fellowship of The Royal College of Surgeons of Edinburgh three years later, although it should be noted that this was not obtained by examination. In 1850, the separate examination for Fellowship candidates was discontinued , requiring them only to have the Licentiateship and then petition for election by vote of Fellows. However, this policy met with growing criticism, and the Fellowship examination was reinstated in October 1885. 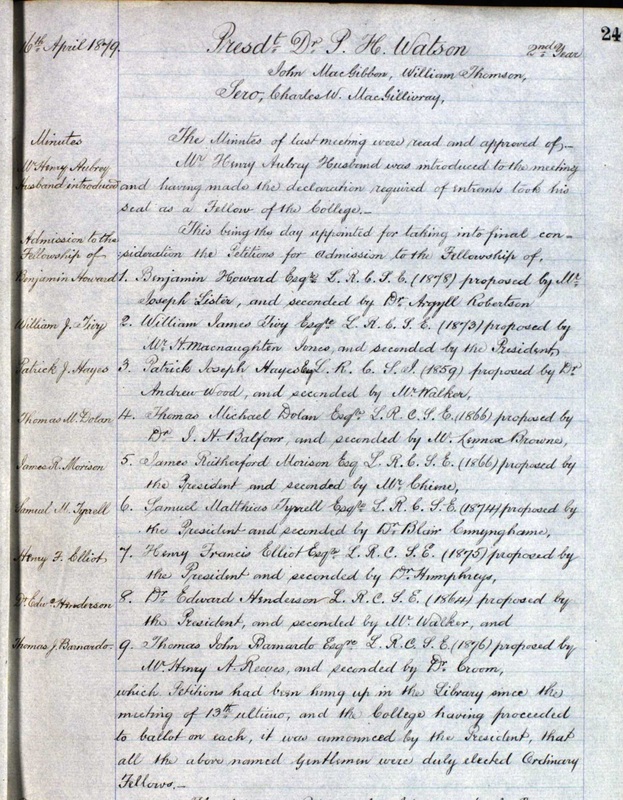 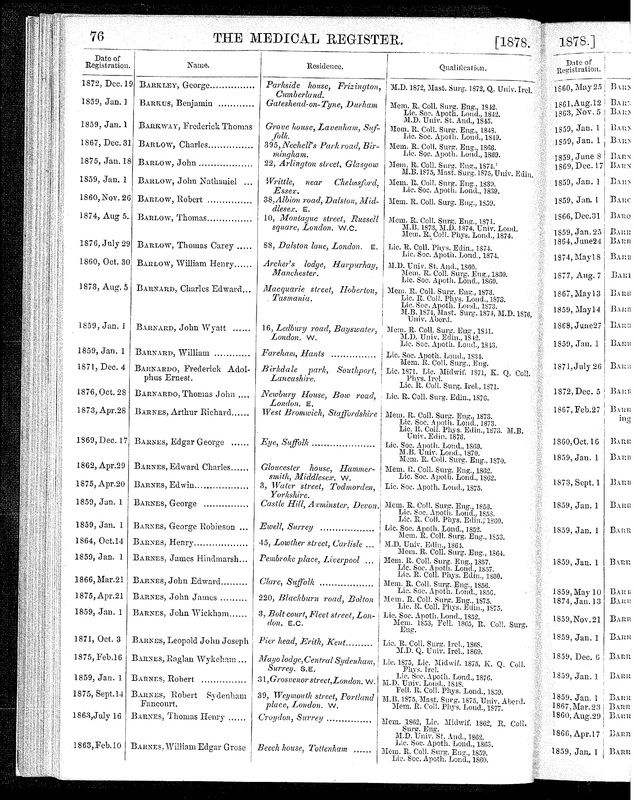