Dr. Barnardo supported his burgeoning philanthropic practice by editing and publishing children’s periodicals continuously between 1874 and his death in 1905. In 1874 he purchased Father Williams Stories, which he re-named The Children’s Treasury and Advocate of the Homeless and Destitute, the title clearly specifying its philanthropic connection. He dropped the titular reference to charity work in 1881, when he replaced The Treasury with the more lavish, Our Darlings: The Children’s Treasury of Picture and Stories. A third periodical superseded Our Darlings in 1894, Bubbles: A Volume of True Tales and Coloured Pictures, a name which also foregrounded visual and print narrative rather than child advocacy. In the 1890s, he also launched another periodical to reflect the work of his newly-formed children’s brigade, The Young Helpers’ League Magazine: A Quarterly Organ of the Young Helpers’ League All the World Over.

Children's Treasury and Advocate of the Homeless and Destitute
1868-1881 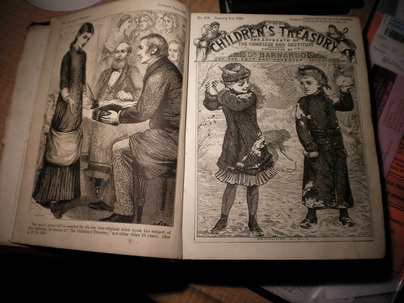 Photo by Bob Wilkinson
Dr. Thomas John Barnardo, a medical doctor whose mission was to help those in poverty, began the children’s periodical The Children’s Treasury in 1866. The periodical featured illustrations, short stories, and religious allegories written for children. The texts are of course simplified for the periodical's young audience, but each has some sort of allegory. Many of the short stories are written specifically for poor children, letting them know that they will someday be saved.

The issues of The Children’s Treasury were very short, only about 10-15 pages. Each story or poem contained very religious aspects, such as some sort of lesson about Christ, salvation, or honesty and charity. Early in his life, Barnardo converted to Evangelicalism and became very aware of the need for everyone to have religion and spirituality. Every page of his magazine has a scripture from the Bible written on the bottom, and it usually relates to the story on the page. Many of the short stories Barnardo wrote himself, each containing a very Christian lesson. Some of the other writers had pseudonyms such as “Uncle Tom” or “Mrs. Sewell.”

The advertisements featured in the periodical were directed toward families, mainly selling Bibles or other religious books. Many of the ads offered these books at a discounted price to appeal to Barnardo’s impoverished readership. He also kept the price for the periodical relatively low. Each issue cost a half penny, unless a child wanted a “drawing room” issue, which was printed on nicer paper. These issues instead cost a whole penny. The Children’s Treasury began to receive a high circulation rate once it caught on amongst children in Victorian England. 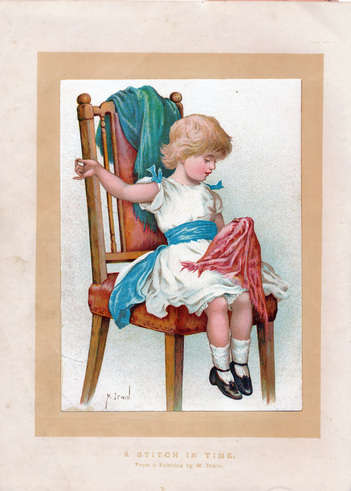 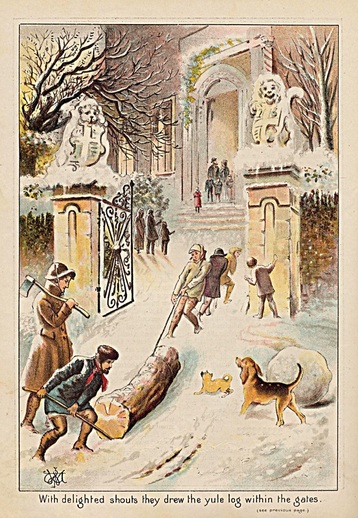