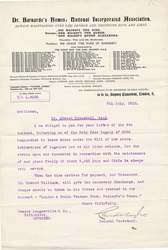 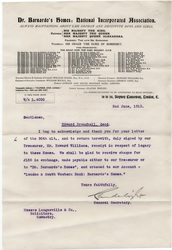 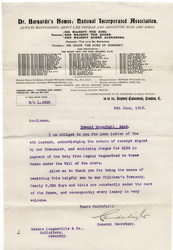 Edward Broughall was born at Hindford in the parish of Whittington, Shropshire, England 1840 (birth registered in the third quarter of 1840) and baptised at Whittington on 11 Aug that year.

After Jane's death on 18 Oct 1855 Edward married again, his second wife being his housekeeper (who was enumerated as such in the 1881 census, living in the household of Edward and his first wife Jane) Elizabeth Gittins. They wed at Whittington on 3 Jan 1890.

Edward was a farmer according to all the census returns on which he appeared as an adult. He was listed as a breeder, owner or importer in the 1893 edition of The American Shropshire Sheep Record. He was also included in the 1899 edition of Coate's Herd Book (Shorthorn Society of the United Kingdom of Great Britain and Ireland) as the breeder of Blithesome, calved on 4 Feb 1895, of Blush Rose, also calved on 4 Feb 1895, and of Wykey Empress, calved on 11 Mar 1893. From all this we can say that he was a livestock farmer, breeding Shropshire Sheep and Shorthorn Cattle.

Edward Broughall died at his home, Wikey (or Wykey) House in Wikey/Wykey in the parish of Ruyton XI Towns, Shropshire on 12 Jun 1912 (date from M.I. at Ruyton XI Towns and from National Probate Calendar) and probate was granted to Elizabeth. He was a wealthy man, leaving effects valued at £89,832 7s. 3d. If he owned the land he farmed then his net worth was even higher.

Edward had three children by Elizabeth his second wife: