John Butterworth, born in c1881 and Benjamin, born in 1883 were the sons of Lewis Benjamin Butterworth and his wife Emma Elizabeth Crockett. Their siblings were William Alfred, Charles, Emma, Henry and Lewis. Their father was born Lewis Benjamin Butterworth Liddell (or Liddle). After he married, he dropped the Liddell. Lewis' father had been illegitimate. Liddell was his grandmother's maiden name and Butterworth was his grandfather's name. His grandmother, Mary, went on to marry Louis Butterworth, but their son, Lewis, remained a Liddell. When Lewis married on May 20 1866 [Emma Elizabeth Crocker], he must have decided that in fact he was a Butterworth and dropped the Liddell and all his children were registered as Butterworths. Lewis Sr was a printer in Kent. His two sons Charles and William would follow in his footprint, both becoming printers. The Butterworth family resided in Maidstone, Kent, England.

Lewis died in early 1883 at the age of 47. His wife Emma was expecting their seventh child at the time of his death. She must have just been pregnant as their son Benjamin was born in the December of that year. Sadly Emma also died young, her death was registered in October of 1889.

Following the death of their mother, John and Ben were "boarded out". The 1891 census record for John and Benjamin shows them living as boarders with an Isaac Kemp born abt 1840 Hawkhurst, Kent (a shepherd) and his wife A (Ann) Kemp born abt 1842 Goudhurst, Kent. Over the years the Kemp`s are seen as taking in several children. When it was decided to sent these children to Canada, their older brother protested saying he could care for the boys. The family claims he was denied this right. The Dr. Barnardo Homes told them that when they signed John and Benjamin into their care they had forfeited their rights to the children. John and Benjamin were sent to Canada against the wishes of their family. The Barnardo Homes refused to disclose to the family exactly where these boys were taken and despite several attempts by friends in Canada to find the children, the family were unable to locate them.

On March 16th 1893 John and Benjamin, in care of the Dr. Barnardo Homes, boarded the ship the Labrador and sailed to Canada, arriving at Halifax, Nova Scotia on March 25, 1893. It is not known where Benjamin would go, but at some point before 1898 he would return to England.  John would be placed in several "work situations" in Ontario before his final placement with Richard Henry Wiggin and his wife Elizabeth in York, Ontario, Canada.  Richard was a milk man and it was John's job to drive a milk wagon for Richard, a job he did very well. The Wiggin family had one young daughter at the time of John's employment with them, Annie.

On November 13 1898 John was accidently struck by a train and killed when he crossed over the guards which are lowered when a train is coming. Watching the one train, he failed to see the other train coming from the opposite direction. He died shortly after in hospital.

The same year in which John was killed,  his older brothers Charles and William both married. Charles married Anges Pigney on August 13 1898 and William married Clara Crundwell just a few weeks prior, on July 27 1898.  Sadly just a few weeks after their marriages they would finally find out what happened to John, the brother they very much missed and very much wanted. 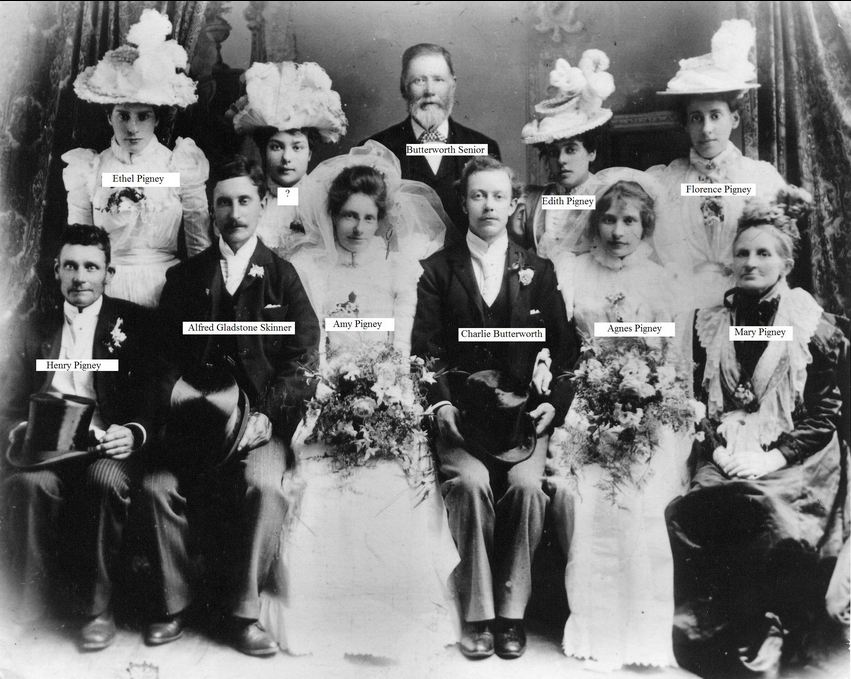 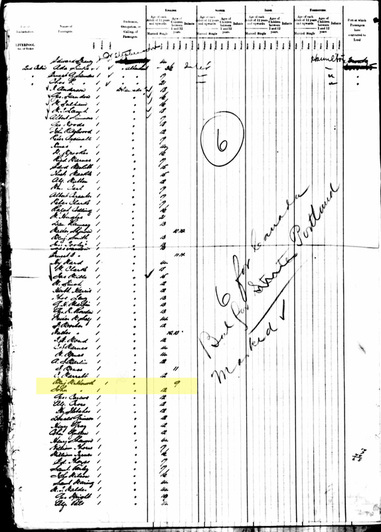 The 1893 immigration record for John and Benjamin