Memoirs of the Late Dr. Barnardo 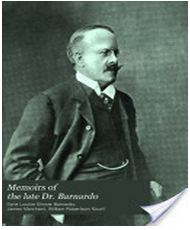 published posthumously as a first-person memoir but compiled by his surviving wife and friend.  The book can be downloaded in PDF form for no charge or purchased as a reprint

Our Waifs and Strays 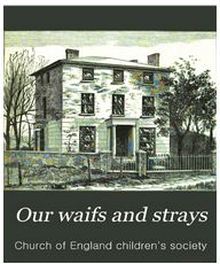 Our Waifs and Strays was the Children's Society's main supporter magazine. It enabled the Society to keep all its supporters, volunteers and donors up to date with what was happening in the homes. The magazine offers a wealth of interesting information from the homes, such as reports of holidays and Christmas festivities as well as fundraising events. Letters would be printed from children in the homes, and those that had benefited from the Society's care many years previously.  This is a collection of the magazines from the years 1884-1885.  More of the magazine can be downloaded from the Society's webpage at: The Waifs and Strays 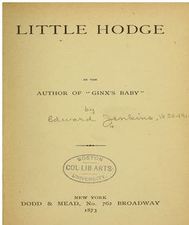 This novel tells the tale of the birth of a premature child, whose mother dies in the workhouse.  His destitute father and eldest siser try valiantly to keep him safe and fed, but due to the lack of resources and extreme poverty, their father finds himself a martyr to the cause of underpaid laborers.  The child is given to the Childrens Emigration Committee where he goes (interestingly, through an American intercessor) to a new and happy life in Canada.

The most important part of this book is that it was written in 1873, complete with local accents and customs, and though it gives a decidedly biased view of the child migration schemes of the times, it also gives a chilling reminder that poverty was inescapable for those who were caught in its trap, and allows the modern reader to be a part of what drove the the emigration of children to other parts of the British empire.
Title:     Little HodgeBookID:     littlehodge-downAuthors:     Edward JenkinsISBN-10(13):     N-O-N-E9Publisher:     Dodd & MeadPublication date:     1873Edition:     1stLanguage:     EnglishPrice:     FREE
Download

Women of Canada: Their Life and Work 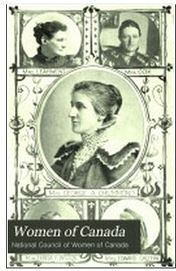 By special request of certain powerful women of the age, this work was presented at the Paris International Exhibition of 1900 by the National Council of Women of Canada to show the great strides of Canadian women through history and at that present time.

Not only a great read for all women of Canadian birth, but the book also contains a COMPLETE list of all operating orphanages, charities and childrens homes in the whole of Canada.

Thy Children Own Their Birth: Diasporic genealogies and the descendants of Canada's Home Children

My research explores the cultural practices and identities of the descendants of an estimated 100,000 children who were despatched to Canada, unaccompanied by their parents, and under the auspices of a number of British charities, between 1869 and the late 1940s. It investigates the relationship between the descendants' individual and collective projects of recovery and commemoration and wider issues of postcolonial nationhood, ethnicity, and culture. It also focuses on the relationships between personal, family, national, and transnational identities, and on the ways in which the so called Home Children are being commemorated in contemporary Canada amongst competing cultural and political agendas.

During two extended trips to Canada, I conducted fifty nine in-depth interviews and two group interviews that allowed me to obtain an insight into the identities, experiences and attitudes of the descendants of Home Children. In this thesis I will discuss the findings of this research. I will report on the ways in which personal and wider senses of identity, ethnicity, and nationhood are produced and expressed through the activities of descendants who are attempting to research and recover unknown family histories and places of origin of ancestors.

God's Answers - A record of the work of Annie MacPherson