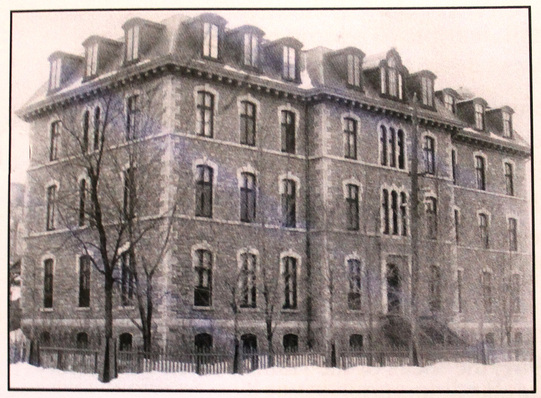 St. Patrick's was founded two years before Confederation is now one of the oldest homes for the aged in Ontario.  One December 17, 1865, a meeting of the Association of Members of St. Patrick's church took place in the Parish Hall to consider establishing a House of Refuge for Irish poor.  It was unanimously accepted that it would be called St. Patrick's Orphanage and Asylum.

The first act of a newly appointed council, entrusted with the governance of this institution was to rent a house on Church Street.  The Grey Sisters of the Cross were approached to manage and provide the required care for ten children and four elderly persons who moved into the Home.

In 1866, an act of Parliament was passed, incorporating the Home to carry on this work for the people in the Archdiocese of Ottawa. A larger building was rented to meet the growing need at the St. Patrick's Home.  Also in that same year the first Ladies' Auxiliary in Ontario was formed.

In 1871, land was purchased at the corner of Laurier Avenue and Kent Street to build a permanent and more suitable accommodation.  The new building was completed in May 1893, accommodating thirty six girls, thirty boys and nineteen elderly persons.

In earlier days St. Patrick's relied very heavily on donations. Operations were subsidized by bequests and a good portion of the food supply was donated by local farmers.  Young men traveled from farm to farm until their buggies were full.  Poor helping the poor!

In 1887 a few acres of land was acquired by the Rideau River and a children's summer home was built.  In years to come this land would be expropriated and replaced with the land upon which the present home is situated.

In 1926, the Grey Sisters of the Cross passed the operation of the Home to the newly established Grey sisters of the Immaculate Conception and in 1933 the name was changed to St. Patrick's Home of Ottawa.  Ownership was transferred to the Grey Sisters in 1952. In the 1950's care of orphans was phased out.

On June 6, 1964, seventy residents were transferred to a new and modern Home located on Riverside Drive.  The old facility at Laurier Avenue and Kent Street was demolished.

Two orphaned children with a Grey Sister of the Cross 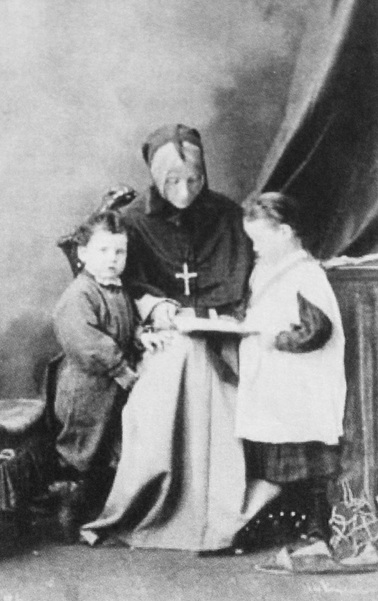 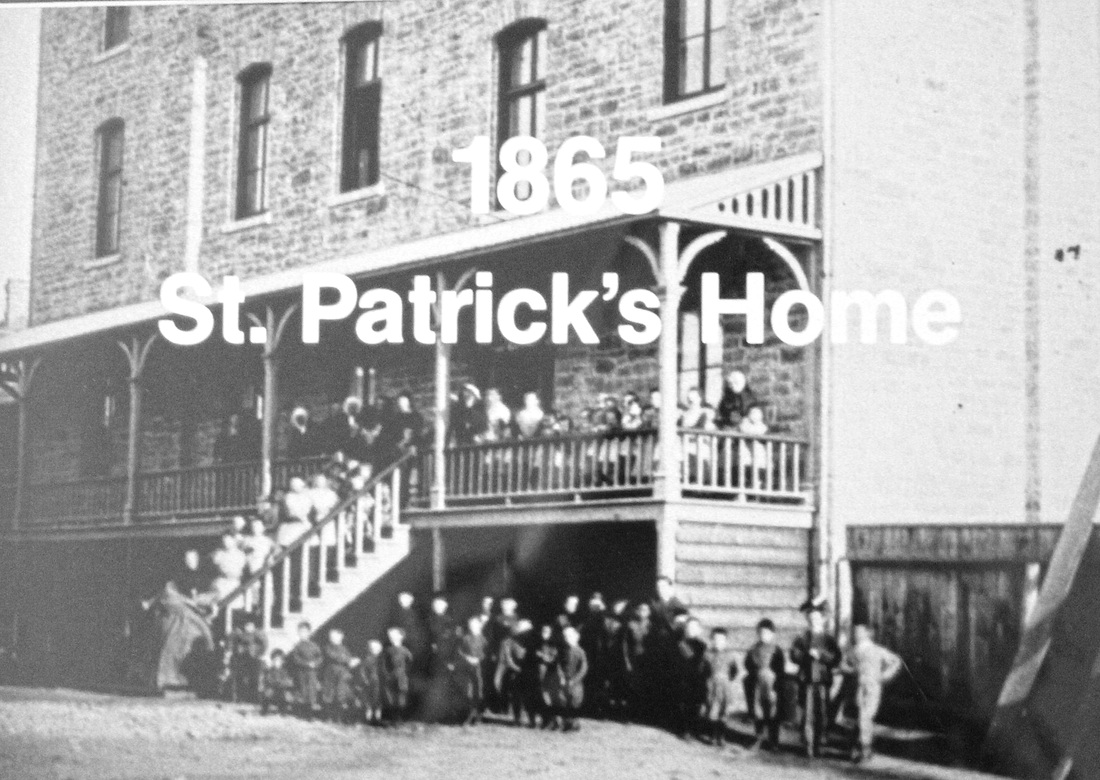 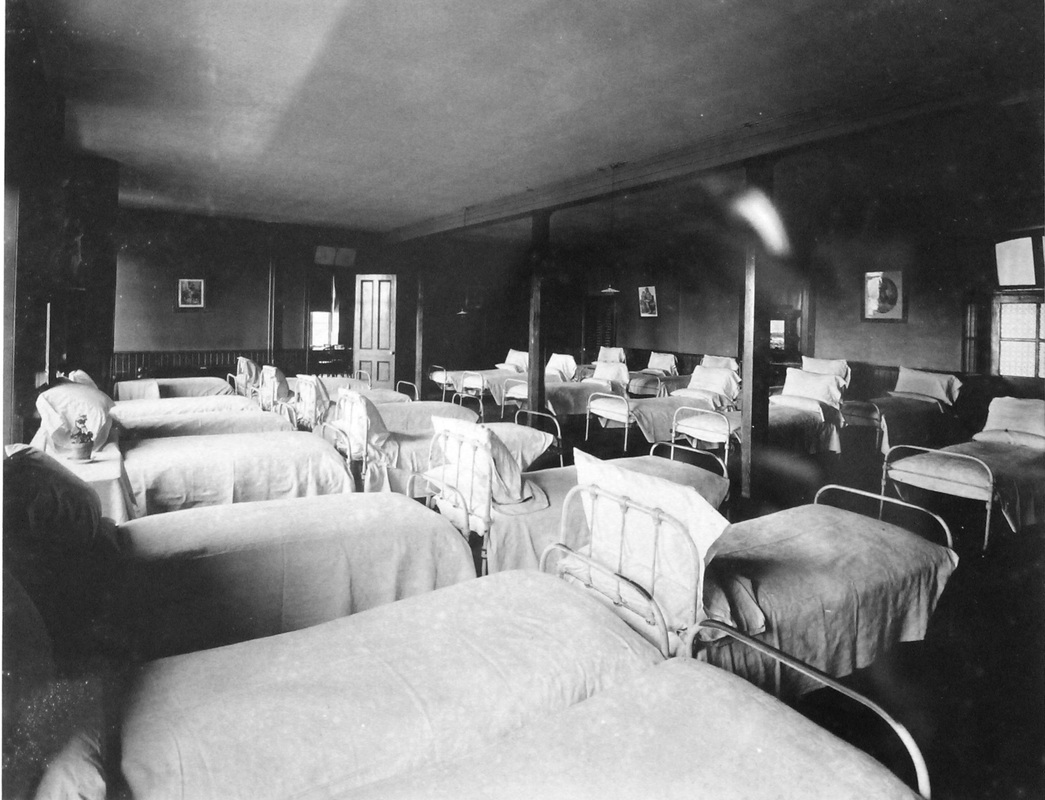 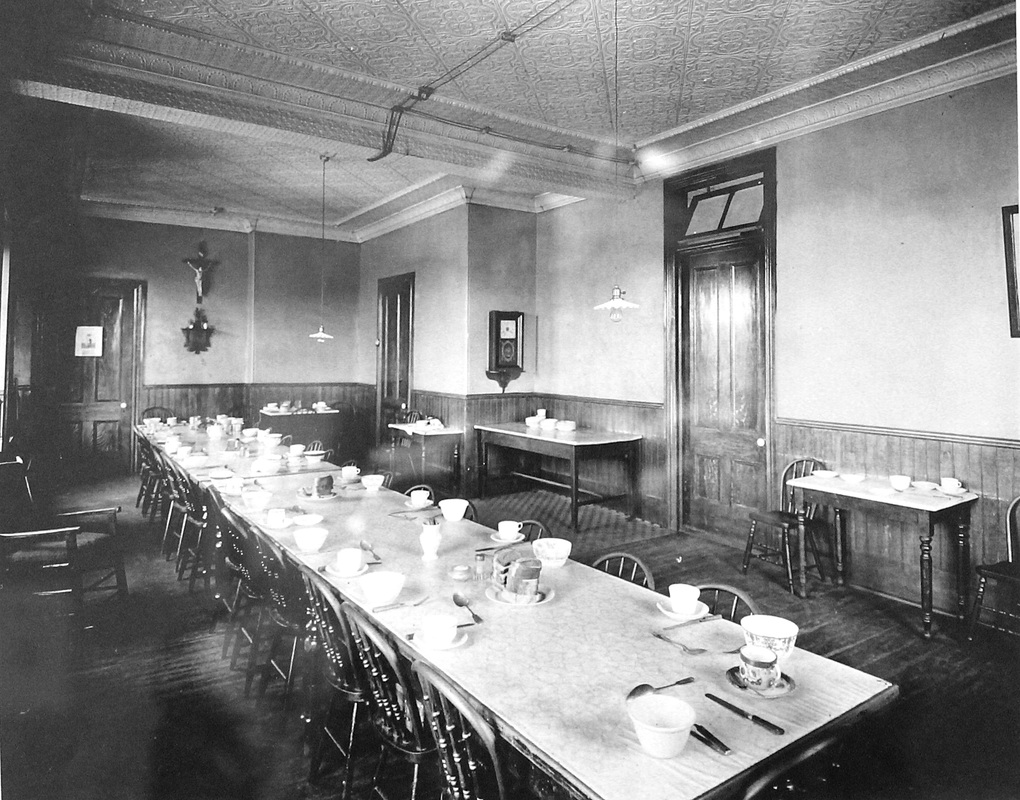 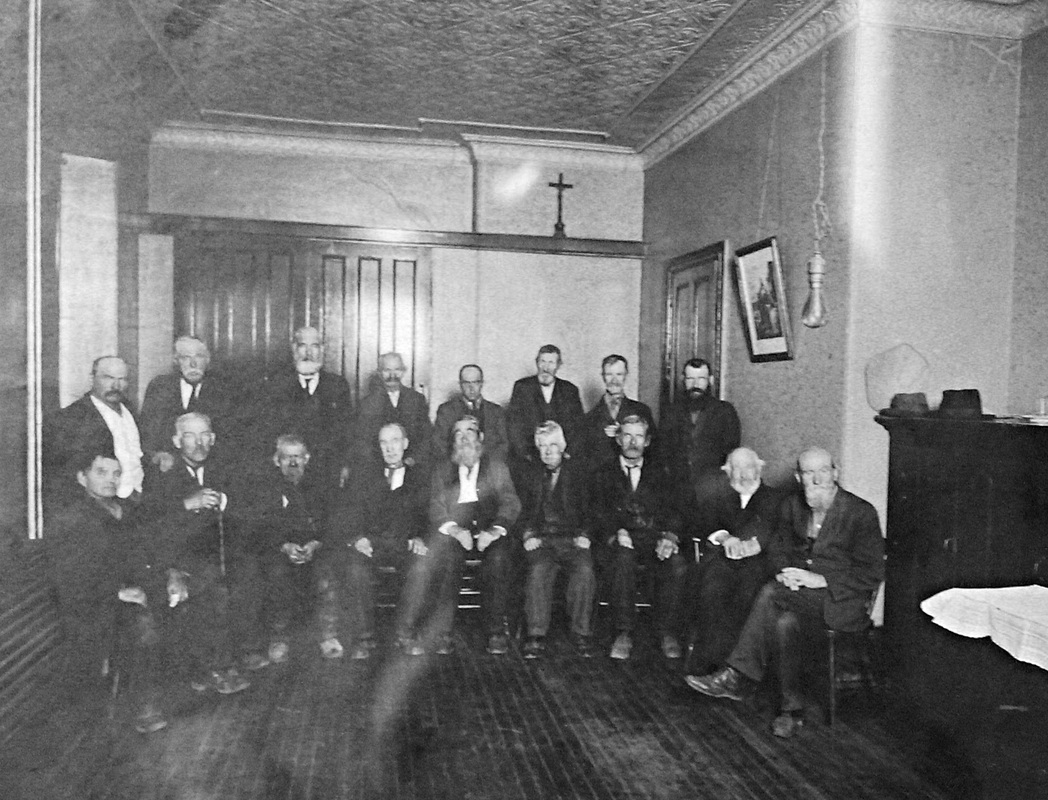