Child Migrant John Vallance is now considered "the chief" of his family's clan. But for 50 years he had no contact with his four younger brothers and sisters.  Here is John's story and how the Empress of Austrailia was the start of a new life for him in Canada - (article as it appears in the Summer of 2003 "the Barnardo Guild Messenger")

MY MOTHER, Nancy, died in late 1937 at the age of 34. My father John was a fireman on the London and Mildland Scottish Railroad in Ayr, Scotland.

At 12, I was the oldest of five children, with two sisters and two brothers.  In March 1938, a few months after my mother's death, I was sent to the Barnardo's home in Stepney, then later that year to Kingston and Bromborough. In April 1939 I was sent back to Stepney for a couple of months before being sent to Bognor. Then in July that year, just before war broke out, I departed for Canada aboard the Empress of Australia.

I was one of a party of 30 boys and girls (one of whom was called Mary Love) who arrived in Quebec a month later. We were taken to Barnardo's head office in Toronto where we were farmed out to foster homes.  My foster parents were Mr. and Mrs. Walter Davies, an English couple who owned a mixed farm in Burgersville outside of Woodstock, Ontario.  The Davies had no children and were good to me. I learned all about farm life, and enjoyed this new phase of my upbringing.  My only regret was that I never went back to school to complete my education.

Early in 1941 I left the farm and went west to Assinobia, Saskatchewan, where I worked on a wheat farm and ranch for three years before following in my father's footsteps and joining the Canadian Pacific Railroad as a fireman.  A year later I enlisted in the army, where I qualified as a paratrooper.

I spent 30 years in the Canadian Army, including spells in Korea, where I was a Platoon sergeant, and in Germany. Later I qualified as a marksman and trained pistol and rifle teams at the Royal Roads Miltary College in British Columbia. I was released from the army in June 1974.

While in the army, I married Elizabeth a wonderful lady from Brandon, Manitoba. We had four beautiful children, two boys and two girls.  Sadly Elizabeth died in 1997. But my children are all doing well now and I have three grandchildren. I live alone with my dog Buddie in Calgary.

After Elizabeth died, my daughter Candace encouraged me to try and find my sisters and brothers. I remembered how I had arrived in Canada all alone, with no one to say "Here, John. Here's a nickle. Buy yourself an icecream." It was a sad life in that way.

My daughter and I sent a letter to 10 Vallances living in Ayr, Scotland, whose details I had found in a book about the history of the Vallance family around the world.  Within 10 days, I discovered that I had one brother and one sister still alive, my sister Isa in Enlgland and one brother George in Tasmania. I phoned Isa, who was very surprised, as she thought I was dead. She is married with three daughters and lives in Yorkshire. She told me she was planning to visit George the following month and asked if I could fly to Tasmania for a reunion. I immediately said "yes".

I arrived in Tasmania to find George in hospital undergoing a hip transplant. He has two sons and a daughter, all working for the Tasmanian government. We had a great reunion and made the front page of the local paper with the headline "Siblings reunited after fifty years". I now have the family life I missed as a child.

I found out that my older brother Robert, had served in the Royal Navy during the war, then went back to work as a miner in Scotland and died of lung cancer. My sister Lily served with the Woman's Land Army in England and Scotland during the war.  They both have families in Scotland who I later visited.  I also found out to my surprise that both Robert and George were in Barnardo's homes before being sent to foster families together.

I am now considered the chief of the Vallance clan. As I never had the benefit of a proper education, I have created a college fund for each of my three grandchildren.  I now feel at peace with the world, and that I have done my duty as a good Canadian citizen. And I am still a Barnardo's boy.
Life could be difficult for kids sent from Britain
Valerie Fortney,
Calgary Herald
Published: Wednesday, February 24, 2010

More than 70 years have passed since John Vallance last saw his dying mother. Yet, even the mere mention of her name, Nancy, reduces the former military man to tears.

"She was only 35 years old, and I was a 12-year-old boy that wanted to help her, but couldn't do a thing," he says of the day the mother of five succumbed to a severe asthma attack. "She was a wonderful mother, and far too young to die."

Her premature death also marked the end of Vallance's life, and family, as he knew it. His father John senior, a fireman on the London Midland Scottish Railroads, could barely make ends meet when he had a wife at home tending to the children full time.

John, the eldest, was taken from his home in Newton-on-Ayr, Scotland, to Dr. Barnardo's Homes for Orphaned Children in London; his siblings were parcelled out to various relatives and orphanages.

Two years later, one of his caregivers at the orphanage asked if he would like to go to Canada.

"They showed me photographs of the Royal Canadian Mounted Police and the mountains," recalls the now 85-year-old. "I said 'yes,' although looking back, I don't know I had a choice."

He left Portsmouth, England, for Canada on the ship Empress of Australia with about 27 other children, his sole possessions the clothes on his back and a Barnardo Box, a steamer trunk carrying a change of clothes, a sewing kit, a Gideon Bible and a few other necessities. (In 1939, John Vallance, 12, arrived at Quebec, Canada, in a group of 27 Barnardo children en route to Toronto, Ontario, Canada.)

By summer of 1939, Vallance was a 14-year-old boy working on a farm in Ontario, an ocean away from his father, siblings and other extended relatives. "Being sent to Canada was one of the best things that happened to me," he says. "But I know that some of the others didn't have quite so good a time."

"I read stories about how some of them were tied up like dogs and lived in doghouses," says Vallance. "It is heartbreaking to learn how badly they were treated."

Although he never faced abuse from those who took him in, Vallance was haunted by not knowing what happened to his father and siblings.

"I never even had photographs of them to take to Canada," he says. "I wouldn't have known the younger ones if I bumped into them on the street."

He made a good life for himself in Canada, serving in the air force for three decades and later running a successful bar service company in Calgary. He and his wife Elizabeth, who died in 1997, raised four children in the southwest home where Vallance still lives.

"This country gave me my life," he says as he proudly shows off a wall filled with photographs of family and his exploits as a paratrooper. "If I had stayed in England, I likely would have wound up dead." So this apology is good, if not for me, then for the others whose lives didn't turn out so well. Perry Snow is someone who can attest to such a statement. Over the past few years, he's met numerous people who were, like his own late father, British Home Children.

"Many of them were brutalized," says Snow, a Calgary clinical psychologist who wrote a book on the subject, entitled Neither Waif nor Stray: The Search for a Stolen Identity, after his years-long search for answers and information about his family roots.

"When I first set out to learn about my father's background, I naively thought his story was an anomaly. Once I discovered the scope and scale of this thing, more than 100,000 children over an 80-year period, I couldn't believe few people in Canada had even heard of it."

Following in the footsteps of Australia and England, says Snow, would be a good first step for Canada. "We're a good 15 years behind in acknowledging our role."

That will likely be too late for Vallance, who a few years back did his own detective work and reunited with two surviving siblings along with other relatives.

"I was lucky to find them," he says with a smile. "But I've been a pretty lucky guy most of my life." 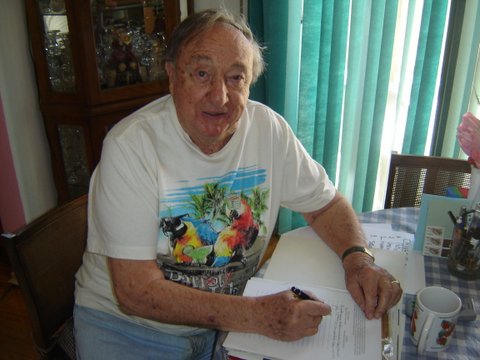