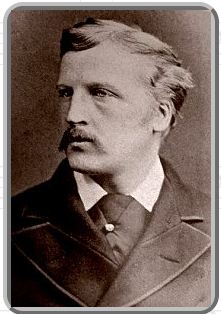 John George Edward Henry Douglas Sutherland Campbell, 9th Duke of Argyll KG KT GCMG GCVO VD PC (6 August 1845 – 2 May 1914), usually better known by the courtesy title Marquess of Lorne, by which he was known between 1847 and 1900, was a British nobleman and was the fourth Governor General of Canada from 1878 to 1883. Campbell married Queen Victoria's fourth daughter, Princess Louise, on 21 March 1871.

At age 33, Lord Lorne (aka Campbell) was Canada's youngest Governor General, but he was not too young to handle the marginal demands of his post. He and Princess Louise made many lasting contributions to Canadian society especially in the arts and sciences. They encouraged the establishment of the Royal Society of Canada, the Royal Canadian Academy of Arts and the National Gallery of Canada, even selecting some of its first paintings.

Campbell was also involved in the completion of the Canadian Pacific Railway and other projects, such as a hospital for British Columbia.In addition to acting as a patron of arts and letters in Canada, Lorne was the author of many books of prose and poetry. His writings show a deep appreciation of Canada's physical beauty. His writing also show a strong connection and support of the work of Dr. Barnardo. Campbell was at one time the President of the National Waif's Association (known as the Dr. Barnardo Homes). He would often attend meetings associated with the work of Dr. Barnardo's and provide great encouragement and support for his work.

In 1904 Campbell provided the forward to a book called  Dr. Barnardo as I knew him (1914) in which he commented "These pages tell a marvellous tale. They show how a man equipped only with a clear brain and stout heart may do more in his own lifetime in practical benevolence than has been accomplished before in many generations." 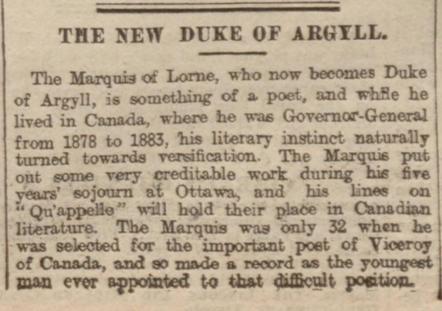 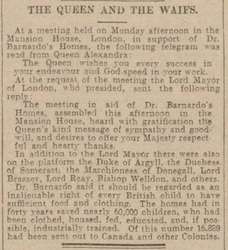 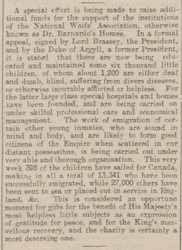 Dr. Barnardo as I knew him (1914) Book by Neuman, A. R, Appreciation by the Duke of Argyll

Letters from Home Children published in the book
Yesterday and Today in Canada
by  the Duke of Argyll, 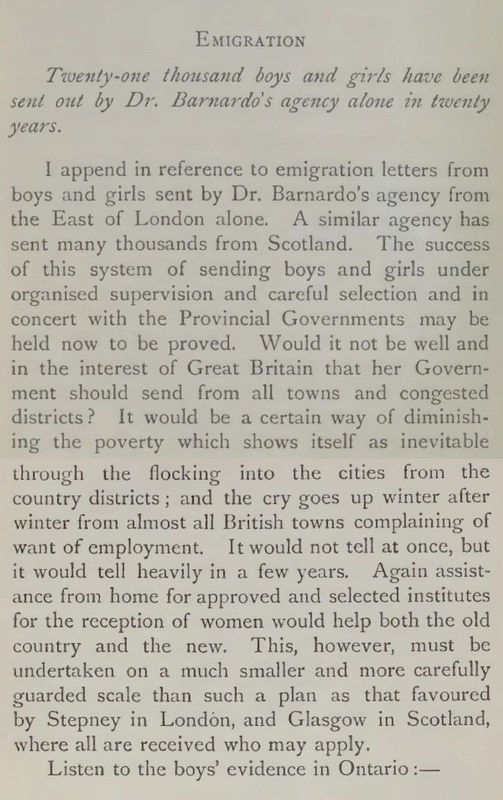 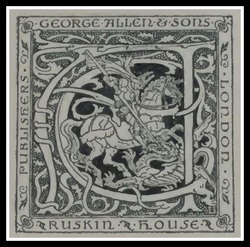 Yesterday and Today in Canada, online version of the book