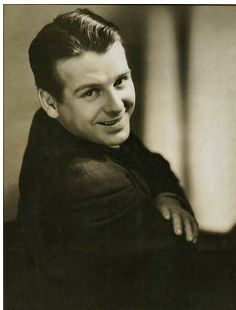 Placed with a farmer who mistreated him, Samuel ran away. It is not sure when he changed his name, but he became Wallace Ford by the age of 11 when he first set foot on stage, playing in vaudeville and music halls before working his way up to Broadway.

Once there was a film historian who opined that Wallace Ford was in more movies than any other character actor of his prominence. This is unlikely, but Ford was certainly kept busy in roles of all shapes and sizes during his 35-year movie career.

His inauspicious feature-film debut was in Swellhead (1931), a baseball melodrama which lay on the shelf for nearly five years before its release. He went on to play wisecracking leading roles in such "B movies" as Night of Terror (1933), The Nut Farm (1935) and The Mystery of Mr. Wong (1935); the critics paid no heed to these minor efforts, though they always showered Ford with praise for his supporting roles in films like John Ford's The Informer (1935) and Alfred Hitchcock's Shadow of a Doubt (1943). He occasionally took a leave of absence from films to accept a stage role; in 1937, he created the part of George in the original Broadway production of Of Mice and Men (1937). As he grew balder and stockier, he remained in demand for middle-aged character roles, often portraying wistful drunks or philosophical ne'er-do-wells. His filmography included, "The Beast of the City" (1932), "Night of Terror" (1933), "The Informer" (1935) co-starring Victor McLaglen, "The Mummy's Hand" (1940), "The Mummy's Tomb" (1942), Alfred Hitchcock's film "Shadow of a Doubt" (1943) co-starring Joseph Cotton, Hitchcock's film "Spellbound" (1945) co-starring Ingrid Bergman, "The Great John L." (1945) co-starring Linda Darnell, "Dead Reckoning" (1947) co-starring Humphrey Bogart, "Harvey" (1950) co-starring James Stewart, and "The Rainmaker" (1956) co-starring Burt Lancaster.

Samuel/Wallace spent 21 years searching for his biological mother, an unusual occurrence in the 1930's. Despite obstacles and hurdles, Samuel did finally find his mother, Catherine Jones, known locally as "Mam Kit," living in an auto trailer beside the river at Northwich, Cheshire, England. She married to a match seller known as Blind Dan. Without the benefits of DNA back then, Samuel went to visit her and, after talking to her for 5 hours, became convinced she was the mother he had sought for so many years.

Samuel/Wallace began his search while on the Broadway stage in 1915. The only clue he had was her name - Catherine Jones. Through his film connections in 1935, Los Angeles police got in touch with Scotland Yard, which in turn, narrowed the search to Lancashire. A letter from a scrap iron merchant at Northwich, Samuel/Wallace was informed about "Mam Kit". Through an aunt, Mrs. Mary Beddoes of Birkdale, Southport, who placed him in the foundlings home in Liverpool originally, he definitely established the relationship with "Mam". Mrs. Beddoes had not seen his mother for thirty years. Samuel said, upon satisfying himself of Catherine Jones' identity, "I'm glad it is all over. I'm going to get a little house in Northwich where my mother and her husband can spend the rest of their days in peace. She has had a hard life".

Wallace Ford ended his film career with his powerful portrayal of Elizabeth Hartman's vacillating father in A Patch of Blue (1965). Wallace Ford / Samuel Jones died of a heart attack on June 11, 1966, in Woodland Hills, Los Angeles, California. He is buried at Holy Cross Cemetery in Culver City, California.