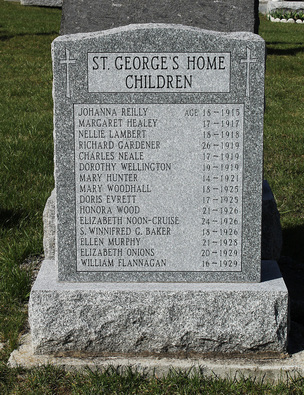 Gravestones will help ensure Canada's 'home children' are never forgotten
BY THE OTTAWA CITIZEN AUGUST 11, 2006
They were buried long ago and almost forgotten -- poor "home children" who died in their teens or twenties and were buried in numbered graves. Now they will finally be remembered.

On Saturday, at 2 p.m. in Notre Dame Cemetery, there will be a simple ceremony commemorating the installation of two proper gravestones for 23 people who died here, after being sent as impoverished children from England. A letter from Gov. Gen. Michaelle Jean will be read after a brief comment is made about each person as a rose is placed on their grave. Between 80,000 and 100,000 home children were shipped to homes in Canada in the latter part of the 19th and early 20th centuries. Some had lost a parent; all were impoverished. Often they were from London. The 23 young people buried in the dedicated plot represent only a small number of them.

Saturday's ceremony has been a long time in the making. In the 1980s, Torontonian George Dowse, a nephew of one of the deceased home children, Robert Dowse, came to Ottawa and searched for his uncle's grave. He was saddened to learn it was not marked by a proper stone.  There's a proper stone today, thanks to a man named Dave Lorente, who has worked tirelessly since the 1960s to keep the story and the memory of the home children alive. His father was a home child, who came to Canada in 1929. Mr. Lorente, a retired teacher who lives in Renfrew, founded Home Children Canada. He made it his mission to research the stories like that of the Dowse family. Four Dowse brothers came to Canada from east London after their mother died and their father was unable to care for them. They were sent to St. George's Home, which was the first Canadian home run by the Canadian Catholic Emigration Society in London. These homes were essentially distribution centres for the children, who were then sent to farms nearby.

Some of the children worked, prospered and had families. Others suffered terrible neglect and abuse, sleeping in barns. They worked for room, board and perhaps a small wage. "They were stigmatized, they were poor, they were destitute," says Mr. Lorente, who is lobbying authorities to have statues erected and a stamp printed to honour the home children.Over the years, Mr. Lorente has given lectures and conducted research that has generated some donations and fees. He recently decided to use the money to give the St. George's Home Children buried in Notre Dame Cemetery proper headstones.

Notre Dame is a Catholic cemetery on Montreal Road known for the impressive monument over Sir Wilfrid Laurier's grave near its entrance. Twenty-three of the home children who came to St. George's Home on Wellington Street (today Holy Rosary Parish) were buried at Notre Dame in the early 20th century.

Until two grey stones were recently installed, the graves of the home children were marked only by numbers. The St. George's Home would have been unable to afford tombstones for the home children.

The new gravestones, located at the back of the cemetery, simply state the names of each person, his or her age and the year they died. They were purchased by Home Children Canada for $6,000. The information was gathered with the help of the British Isles Family History Society of Greater Ottawa, which searched coroners' reports.

Mr. Lorente says many of the home children who died were involved in accidents, drownings or died of disease. One of the worst killers around the end of the First World War was the Spanish flu that swept across Canada.But Mr. Lorente stresses it was not an entirely bleak story.Some became members of the families that took them in and inherited farms. One home child who came to Ottawa's St. George's Home, Claude Nunney, showed extraordinary courage in battle during the First World War and won the Military Medal and the Victoria Cross.

"Good things happened," says Mr. Lorente. Regardless of how life for the home children turned out, Mr. Lorente is determined to show "they were not forgotten."

St. George's Home Children  memorialized in the
Notre Dame Cemetery, Ottawa, Ontario
links will take you to their on-line Memorials 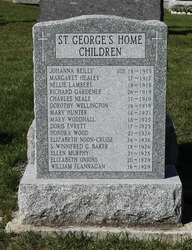 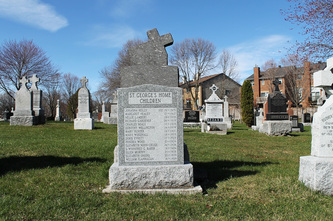 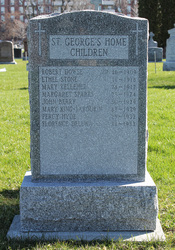 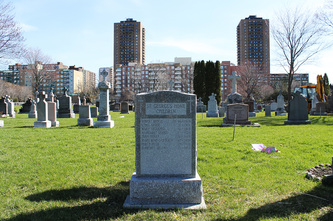 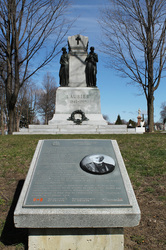 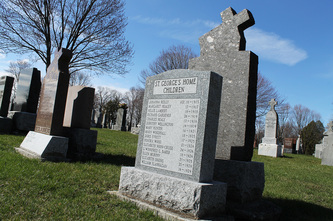 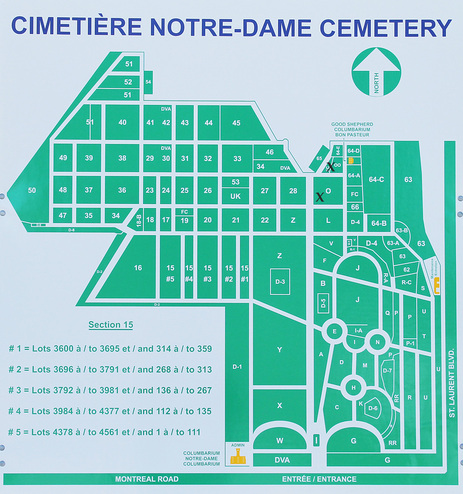 The location of the sections where these two memorials are found are indicated by the black X's.