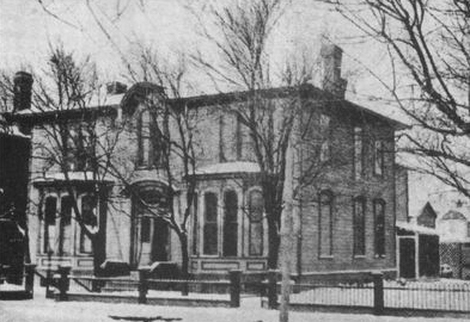 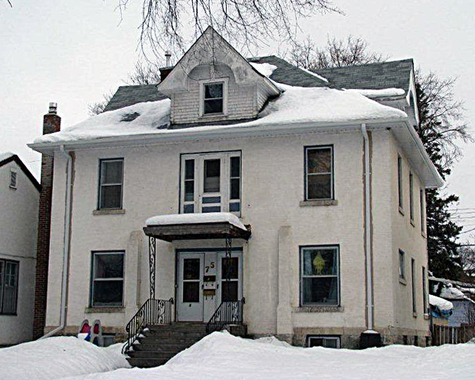 Barnardo's western head office was located in Manitoba 75 Bannerman - this home was run by
Edmund Amos Struthers who had also ran the Russell, Manitoba Training Farm  According to property tax roll for Wpg the home was built in 1908 it currently has 11 rooms and a fireplace and is 2867 sq ft 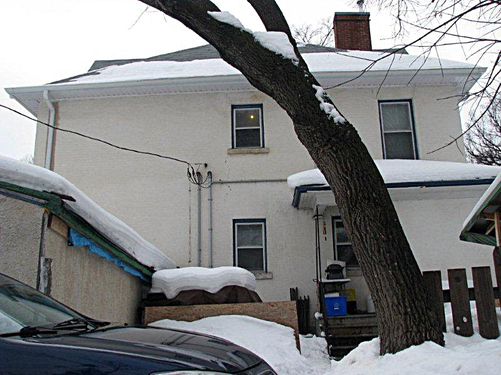 The Church Army Distribution Hostel in Winnipeg was also used at one point, for the Dr. Barnardo Boys, located at:
​56 Smith St., Winnipeg, Manitoba.
​Visit Library and Archives Canada for more information

The following is from the Manitoba Historical Society. Memorable Manitobans: Edmund Amos Struthers (1855-1935) 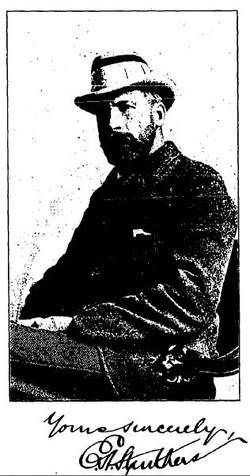 Born near St. Johns, Quebec on 22 January 1855, he moved as a child to Wisconsin where he was educated at Fort Atkinson. In 1872 he accompanied his uncle, a Dominion Land Surveyor, to Manitoba to help him in laying out the Hudson’s Bay CompanyReserve in the Red River Settlement. Two years later he took up a homestead at the present site of Winnipeg Beach, but he spent the bulk of his time doing government surveys around Lake Winnipeg and the Lake of the Woods. In the spring of 1882, he joined the Canadian Pacific Railway in charge of topographical surveys of potential routes between Winnipeg and Moose Jaw. He later took charge of the railway immigration bureau.

During his employment with the CPR, he became acquainted with T. J. Barnardo who was attempting to establish a training farm for destitute children in Manitoba. In the late 1880s, Struthers moved to Russell, Manitoba where he purchased 10,000 acres for Dr. Barnardo’s Home and also constructed an office and distributing home at Winnipeg. Thousands of girls and boys were processed through the facility during the years that Struthers was affiliated with it. He retired and returned to Winnipeg around 1910.

He died at his Winnipeg home, 75 Bannerman Avenue, on 10 October 1935 and was buried in St. John’s Cemetery.

Dr. Barnardo: The Foster Father of Nobody’s Children by J. H. Barr (1904).
The following is from tannertribe.com

On December 27th, 1881, Dr. Barnardo purchased the deed for the North-East quarter of Section 36 in Township 20, Range 28. Six years later the Doctor visited Russell and chose the site for a large Training Centre. Buildings were soon constructed and the Home was opened in 1889 under the management of Mr. E. A. Struther. The manager E. A. Struthers, had his home at "Cherry Hill" about a quarter of a mile to the north. The boys were brought from England twice a year in groups of 30.

When the establishment was at its height the farm covered 8,000 acres, including pasture land in the Assiniboine Valley. One of the best known features of the Home was the Creamery with Mr. Ruddick as butter-maker. Mrs. Kippan mentioned that this creamery served the whole district and won top honours in Provincial competitions. Among other members of the staff were: Edwin Moore, the head cook; Jas. Watt, the house steward; Mr. and Mrs. Jackson and Mr. and Mrs. Robert Gray who supervised the residences, and a. staff of farm and dairy instructors, under a Mr. Pollard.

In all it is estimated that some 28,000 children were brought to Canada under the auspices of the Barnardo Foundation. Of these over two-thirds were under 14 years of age. Some 800 boys passed through the Russell Barnardo Home, after about one year's training in farm activities.

In May 1889, Dr Barnardo wrote:
“A new departure in our emigration work of the most important character has taken place within the past two years in the acquisition of a large Industrial Farm near Russell, Manitoba. Negotiations for the acquisition of the Farm have been in progress for several years. I made preliminary inquiries during a visit to Canada in the autumn of 1884; much subsequent correspondence took place and finally the present site was pitched upon as being the most suitable in all respects for the purpose in view. In the autumn of 1887, I again visited the Dominion, and after carefully inspecting the location, plans were finally drawn up for the erection of the necessary buildings.

The area of the Farm now acquired is in all 8,960 acres or fourteen square miles. This has been acquired by grant and by purchase in several distinct sections. 1,000 acres were added during the year under review.

On the Farm, although there is no very large timber, there is wood enough to supply all our wants for years to come in the way of fuel, fences etc. A branch of the Assaineboine River runs through or bounds the property. It is within six miles of the main railway track, and I may eventually have to build a siding for the Home leading to the branch railway, thus making the conveyance of produce and general communication easy and profitable.

A commodious central building has already been erected at a cost of £3,500 which will accommodate over 100 lads. It is built of wood, and although I regret to say to grave neglect on the part of the Architects who had charge of its erection, it is anything but an ideal establishment, yet it has through the unceasing labours of the resident manager, been made a fairly comfortable structure. On the ground floor is a large dining hall, while dormitories occupy an equal space above. There is a large entrance hall, and from the windows of the hospital rooms on the second floor, is a view as charming as any that can be seen in the North West.”

In a report dated 1888, Dr E A Struthers, the Manager of the Farm, stated that the boys had weathered their first winter admirably and had “proved their pluck and suitability in a most encouraging degree”. It was hoped at that time to eventually maintain about 200 lads in constant residence. A beginning had already been made towards the establishment of a creamery and a cheese factory.

At that time it cost £9 to “fully equip, outfit and pay all expenses connected with the emigration of a boy or girl to any part of Ontario”. But “the peculiarities of the climate and the nature of the work” at the Farm some 2000 miles to the west, “require that considerable differences should be made in the outfit supplied” – in all, an additional expense of £2 per head but including “railway and ocean fares etc etc.”

In 1896, some seven years later:
“The Industrial Farm for Youths, now covering an area of 6,080 acres, has received hundreds of youths of seventeen years and upwards from our labour house in London, becoming the stepping-stone from loafing to work and from certain pauperism and degradation to certain health and happiness.”

In 1900, Dr Barnardo visited Canada himself for the third time and from the Farm at Russell in September of that year he wrote to his wife “You would be charmed with the prospect here ….. it is simply lovely from every point of view. The trackless prairie in the neighbourhood of this settlement is converted by the growing level as in some parts; but almost everywhere over our Settlement the growth of the scrub – which is chiefly poplar and willow and wild cherry – within the last sixteen years, when I turned the first sod on our Settlement here, has been marvellous. The place is in beautiful order and my good representative, Mr E A Struthers, has I think, won the universal respect of the whole locality.”