95 Years with John "Jack" Day - The Orphan Nobody Wanted 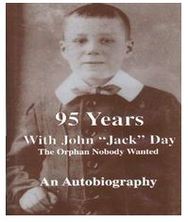 The late John Day, 95 Years With John (Jack) Day, grew up in the famous Barnardo's Orphanage in London. At the age of ten, he was sent across the North Atlantic to Canada to work on a farm. He eventually worked his way to Decatur, Illinois, where he spent the remainder of his life, frequently writing letters to the editor in various local and regional publications. His very candid biography includes his estrangement from his only son, his reaction to his first wife's love affair, to the Great Depression, to his own love affair, and to a second marriage. An active, competent, and graceful man until his last days, Day left a truly honest legacy of the life of an ordinary man.
Buy Now 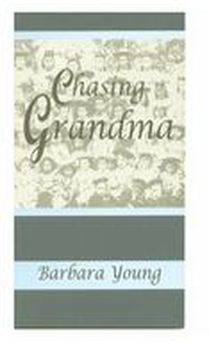 The hobby of genealogy, of tracing family connections, is currently popular as people look for a place to fit in an increasingly chaotic and disconnected society. Young took on the challenge of tracing her family tree and found herself unexpectedly stonewalled in her grandmother's generation. Why did her grandmother lie about her real name, her birthplace, her parents? Genealogy buffs will enjoy the details of Young's search, others the information about the Home Children. These were British orphans, and children whose parents couldn't afford to keep them, who were sent out in batches to Canada in the early part of the 20th century, generally to be house help (the girls) and farm help (the boys). Being a Home Child, an orphan, or an illegitimate child was shameful until fairly recently, and the grandma of the title does all she can to obscure the facts of her early life. She later has a child out of wedlock, and hides that, too.

After all the stories are told, we have a portrait of two strong women who are at odds with each other because of silence and lies. Unhappily for Grandma and her daughter, the rift lasts. Happily, Young's tolerance, understanding, and complete absence of rancour ensure that the revealing of family secrets makes for an unexpectedly inspiring read.
Buy Now

Autobiography of a home child's life.  In French.  Can only be viewed through the LAC at this time.
Information on book

Memories of a Home Boy

NOTE: No copies of this work can be found.

However, it may still be possible to obtain a copy from the author by writing to him at:
rpinchin@aol.com