Teighmore was opened 1879 and became a convalescent home for boys particularly of delicate health. In 1908 it became a school for farm training by 1927 it had increased in size and accommodated 100 boys. The home even had its own private beach. Teighmore had been given by Lady Cairns' niece to Dr Barnardo's. Teighmore closed April 1938.

The Goldian web site and the Barnardo's web site show the same photo as being Teighmore Home in the Channel Isles, but this 1904 post card below shows a different home as being Teighmore. In checking the Pride System, (Jersey Archive, Clarence Road, St Helier, Jersey JE2 4JY )   which holds the records of property contracts dating back to 1795, it does show that Dr. Barnardo's acquired a number of properties in the Island from the 19th to 20th Centuries. The photographs below do suggest quite strongly that Teighmore and Tudor House are two different properties. 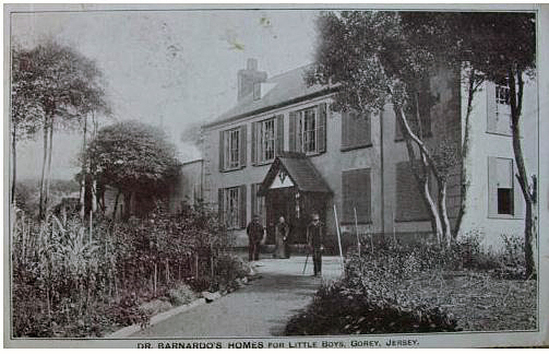 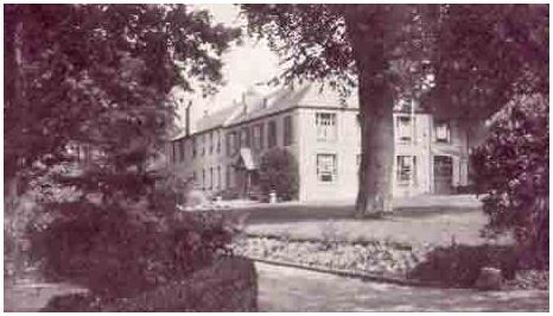 This picture on a 1904 postcard is entitled 'Dr Barnardo's home for little boys, Gorey, Jersey'. This is the property Teighmore, which still exists today, although looking quite different

Teighmore, previously the home of Lady Cairns, was given to Dr Barnardo's by her neice and opened in 1879 as a convalescent home for boys of delicate health. In 1908 it became a school for farm training and by 1927 it had increased in size and accommodated 100 boys. The home even had its own private section of beach in Grouville Bay.

Although often referred to as being at Gorey, it was actually on La Rue d'Aval, midway between St Saviour's Hospital and Ransoms Garden Centre. It closed in April 1938. Teighmore still exists as Teighmore House, but Tudor House is long gone. Both properties are remembered today by the place names Tudor Close and Teighmore Park. 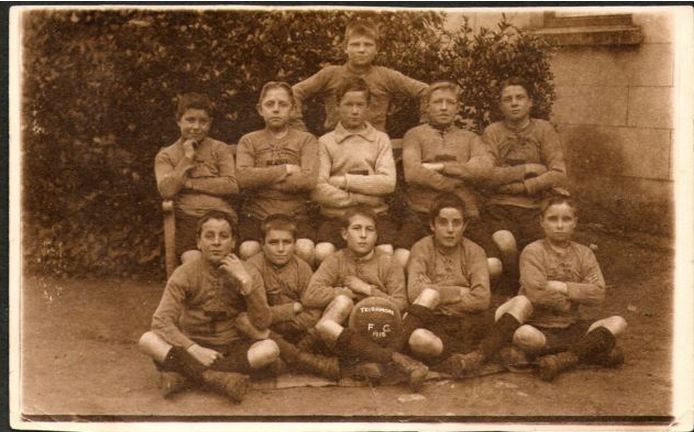 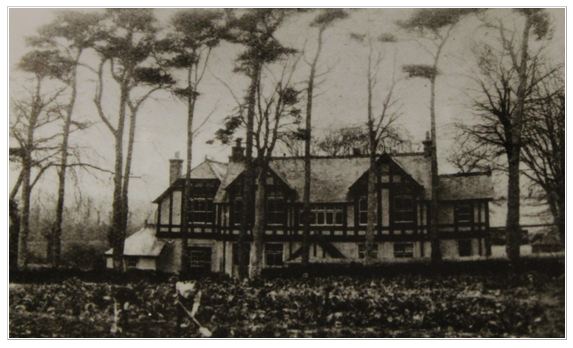 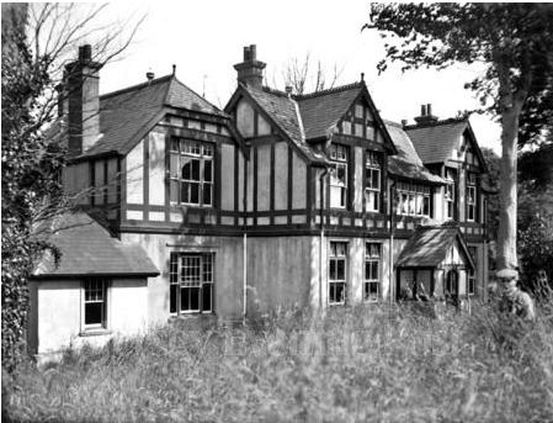 Tudor House, former Dr Barnardo's Home for Boys, which was unfortunately demolished in the late 1930s


From the book
"Dr. Barnardo: The Foster-father of "nobody's Children." A Record and an Interpretation."


The Home for Little Boys, Gorey, Jersey, is a residence capable of accommodating over a hundred little fellows of five or six to ten. "Teighmore" is regarded as one of the healthiest of the many Homes, and enjoys a remarkable immunity from sickness, especially when the susceptible ages (six to twelve) of its inmates are taken into account.

"Other little boys under ten years of age are sent to Teighmore, in
Gorey, Jersey, or are boarded out.

Miss Florence Mary Renouf, retired schoolteacher, interviewed on 23/10/1991, aged 81 years. Includes: Charles II story - he stayed overnight at La Franchise (formerly La Verte Porte), and helped himself to a pear from their tree and as a result no tithes were to be paid, the pear tree was later destroyed; her great uncle John Sullivan was Queen Victoria's historian in verse, he asked her mother for money to bind verses for the Queen, she was expected to pay because there had never been a partage (division of family estate); Sullivan wrote work on Wace, an elegy on Notre Dame des Pas and designed La Viel Marché; the Sullivan family came to Jersey under a curse, family members met sad deaths - Mary was fourth generation, so the curse no longer applied; the first Eli Renouf was baptized in 1714, the name was kept in succeeding generations; Mary was a teacher from the 1930s onwards; teachers were respected; she taught at the Dr Barnardo 's home and the Jersey Home for Boys; one boy trained as a pickpocket, another told how his mother left him at Barnardo's; the boys were aged up to 14; illiteracy in Jersey more revalent that today; backward children were kept in infant school and eventually sent to Maison Le Martin (home for the mentally handicapped); education compulsary to age14; there were more handicapped children than in earlier times; Nancy Fauvel, Mary's grandmother, was educated at a girls' school in England - disliked spartan regime, wore short sleeves, no cosmetics; she returned and married Phillip du Pré, rector of St John; they had visiting cards, large tea parties required silver urn; they cultivated the glebe land and brought butter to town twice a week; Nancy rode side saddle with butter basket on her knee; Nancy learned to drive by herself through dangerous lanes; children were told to curtsy as riders passed. Includes typed summary. (R/03/J/1)
1991-10-23 - 1991-10-23
1 audio tape
1 Paper
file
http://search.jerseyheritage.org/brief.aspx

"From 6 to 13 May 1973 I had the great joy and privilege of revisiting the beautiful island of Jersey, and staying at the Maison Gorey Hotel. This visit was of great significance to me because it was fifty years ago, 1923, that I was at Teighmore House, Gorey, when it was a Dr Barnardo Home. It brought back many happy memories, even though the home is now closed. The buildings themselves are still standing, and after much alteration and redecoration, they are now flats. However, it is still called "Teighmore House" and the adjoining land (which once belonged to the home) is called Teighmore Park. When I saw the name 'Teighmore House' in big letters, as I say, it revived many happy memories.

"I also revisited the church we used to attend, and I was shown two boards in there, naming the different chaplains who had been in charge of the church since it was built. The present chaplain told me that these two boards had been given to the church by the Old Boys of Teighmore House, the Jersey Barnardo Home, in memory of one of the matrons of the home. There was also a plaque giving the names of Old Boys from Teighmore who had given their lives for their country. I had quite a long chat with the present chaplain and he told me that he had received a visit quite recently from another Old Teighmore Boy who was on a visit to Jersey.

"I also spoke to a local resident, who is now living in the building that used to be the hospital for Teighmore House, and he was telling me that his mail used to be delivered by an old Teighmore boy (now deceased). This local resident asked me a question which had been bothering him for quite some time, he asked me: "When this was a Dr Barnardo home, was there a covered way, connecting the main building with the hospital?" I was able to tell him that there was one. I inquired why he asked and he told me that when he dug his garden up, he found some big round concrete blocks with metal through the centre, and the only thing he could think of was a covered pathway. I told him that there were quite a number of metal posts with a corrugated roof.

"It is very gratifying when one can answer such questions, by casting their mind back and remembering the place as it was. I also revisited Grouville Bay, where Dr. Barnardo's had their own private bit of beach. How the memories came flooding back. We used to swim there, and I remembered one awful day, when I was thrown in the sea, beyond my depth. How I got back to shore I'll never know, but, to my shame, I have been scared of water ever since. Barring this one incident, my stay in "Teighmore" was very happy, and visiting Jersey this year, 1973, fifty years later, brought back many happy memories."