​Wallis’ Babies Homes in Walthamstow, England’s basic concept was to offer daycare to working mother who were also housed there, alongside their offspring.  As well as the Babies’ Homes, the Hurst House Training Home in South Croydon, Surrey was also operated by Mrs. Wallis as a training establishment for girls and boys. A third home run by her was called the Haven for Homeless Little Ones  was later changed to to the Mission of Hope

Two further homes were added on Hurst Road  and then a maternity clinic was established in Streatham. This became the head office for Mrs. Wallis’ Homes.

Starting in 1907, Mrs. Wallis sent a party of children with Reverend Robert Hall to 87 Howard Street, Toronto until they could be placed. Then, children were sent to the City Mission Fresh Air Home (in Bronte – now Oakville, Ontario). Then, a home called Haven for Homeless Little Ones opened its doors at 2 Endean Avenue. That moved to 875 Palmerston Avenue, Toronto, Ontario. Mr. Render often accompanied the children to Canada.

The First World War brought an end to this organization sending any more children to Canada. Mrs. Wallis died in 1928.

Wallis was using the Fegan Receiving Home at 295 George Street in 1909 - we are not sure the total years/time this was happening.
​​ 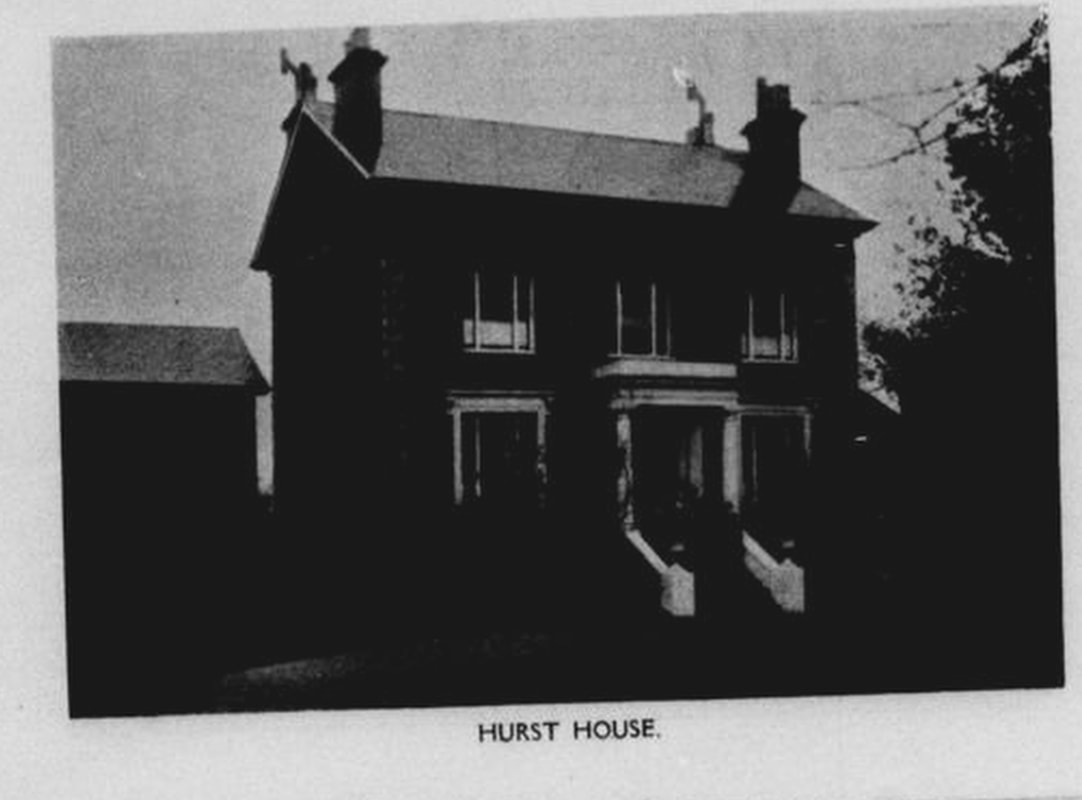 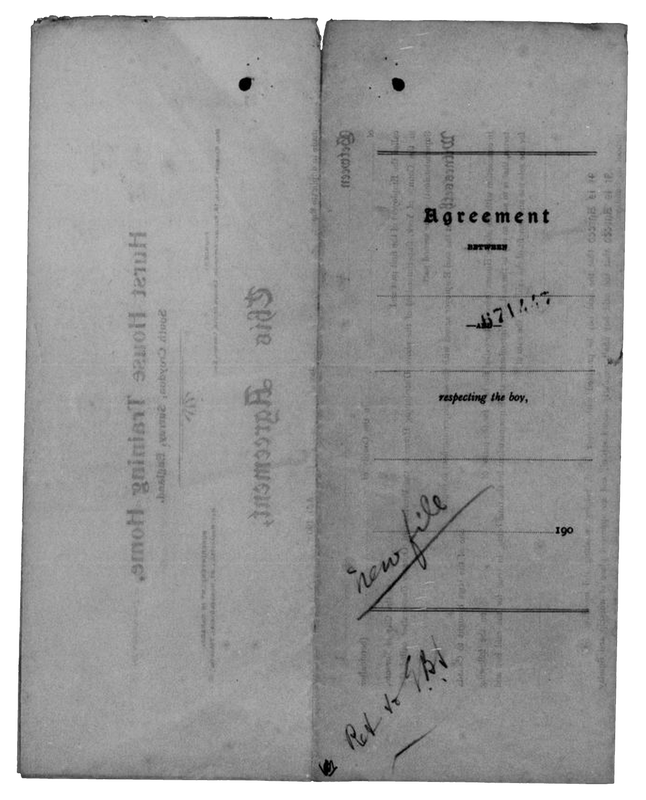 Her parties of children: 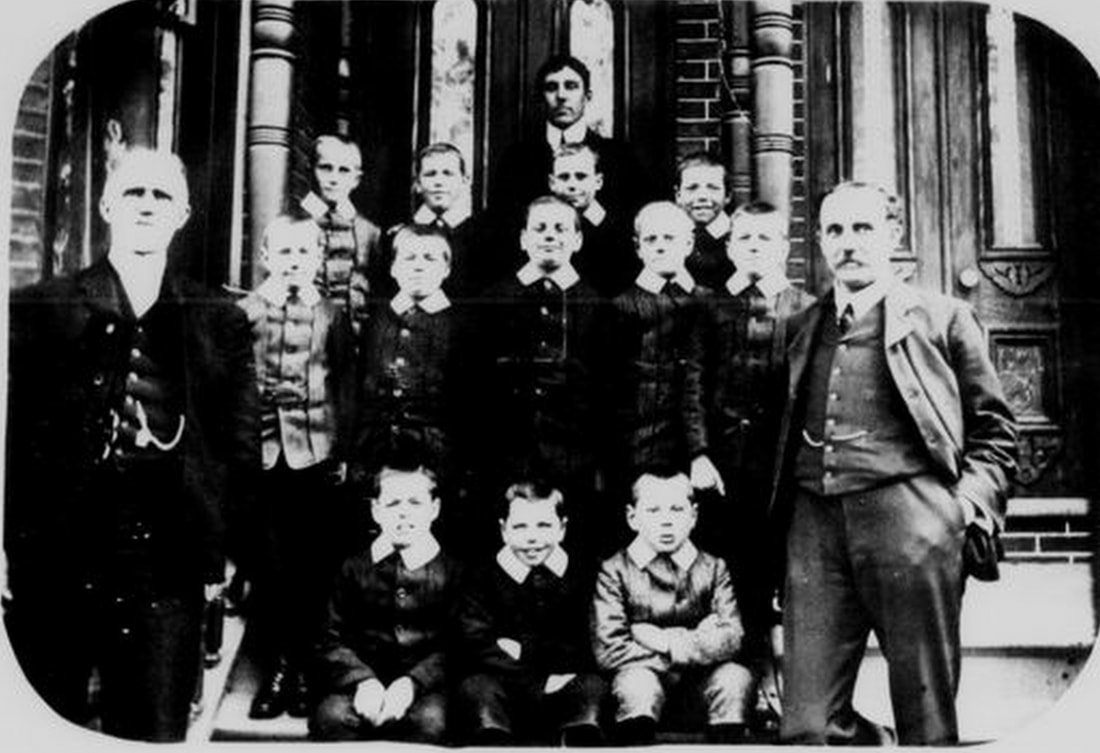 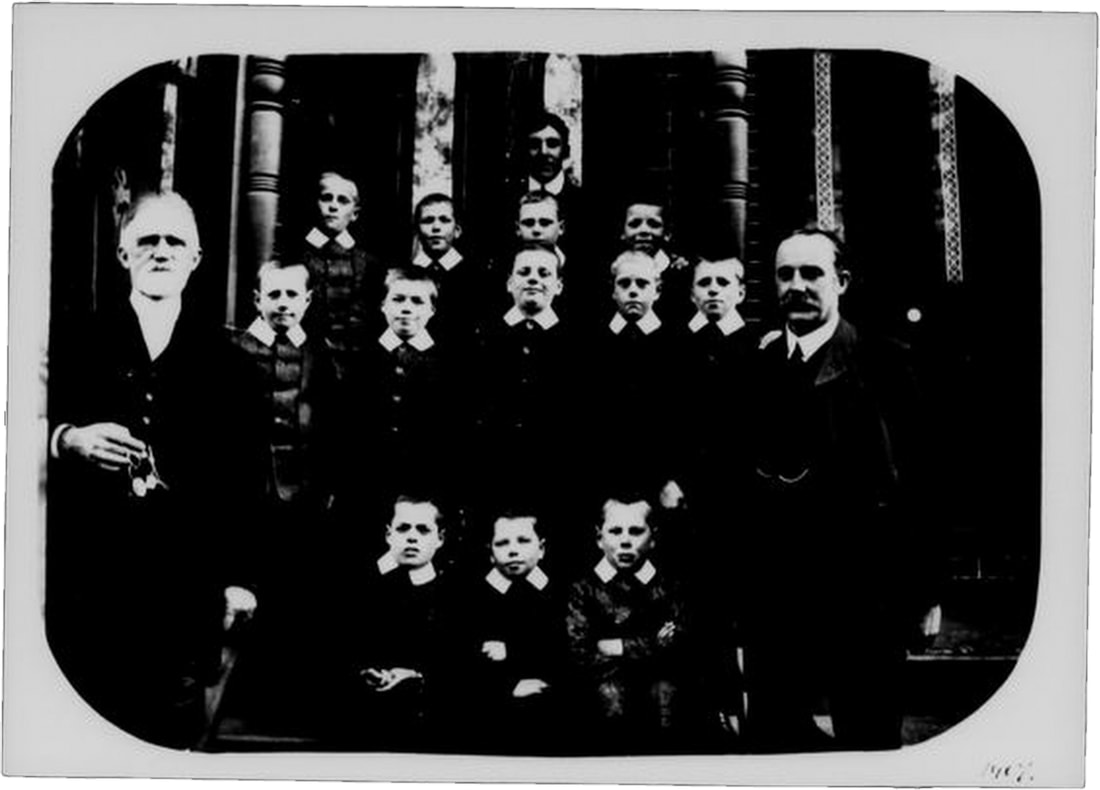 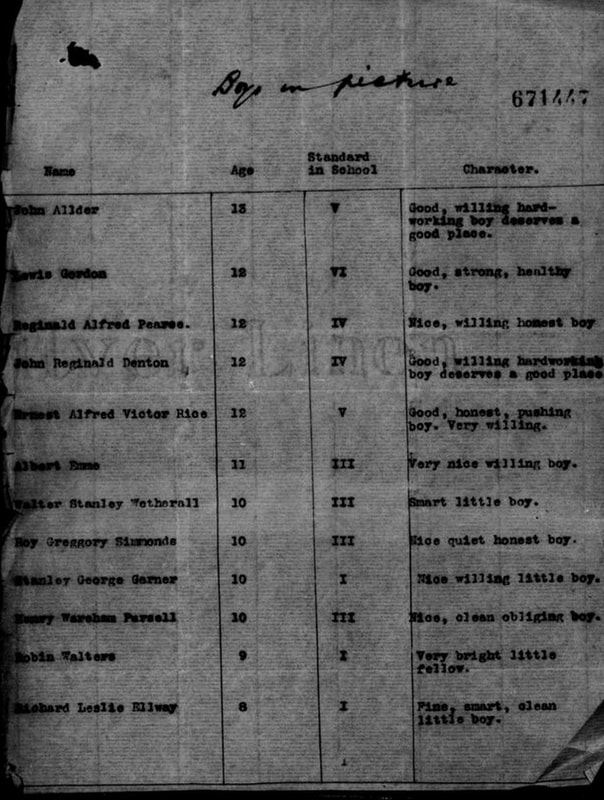 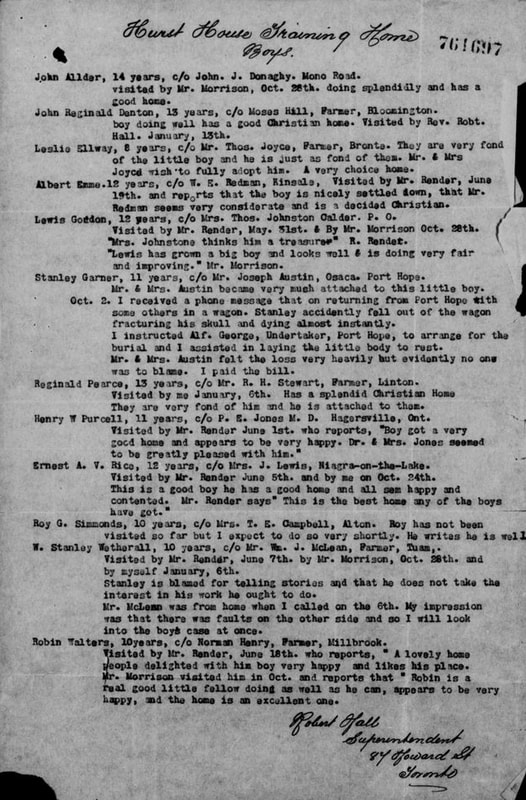 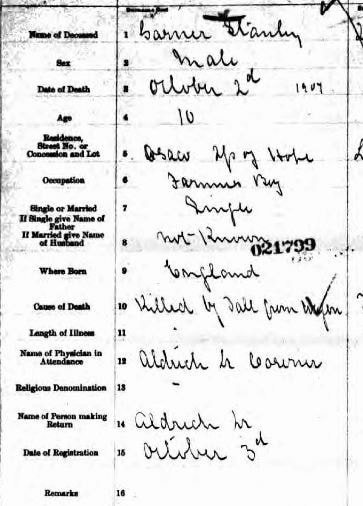 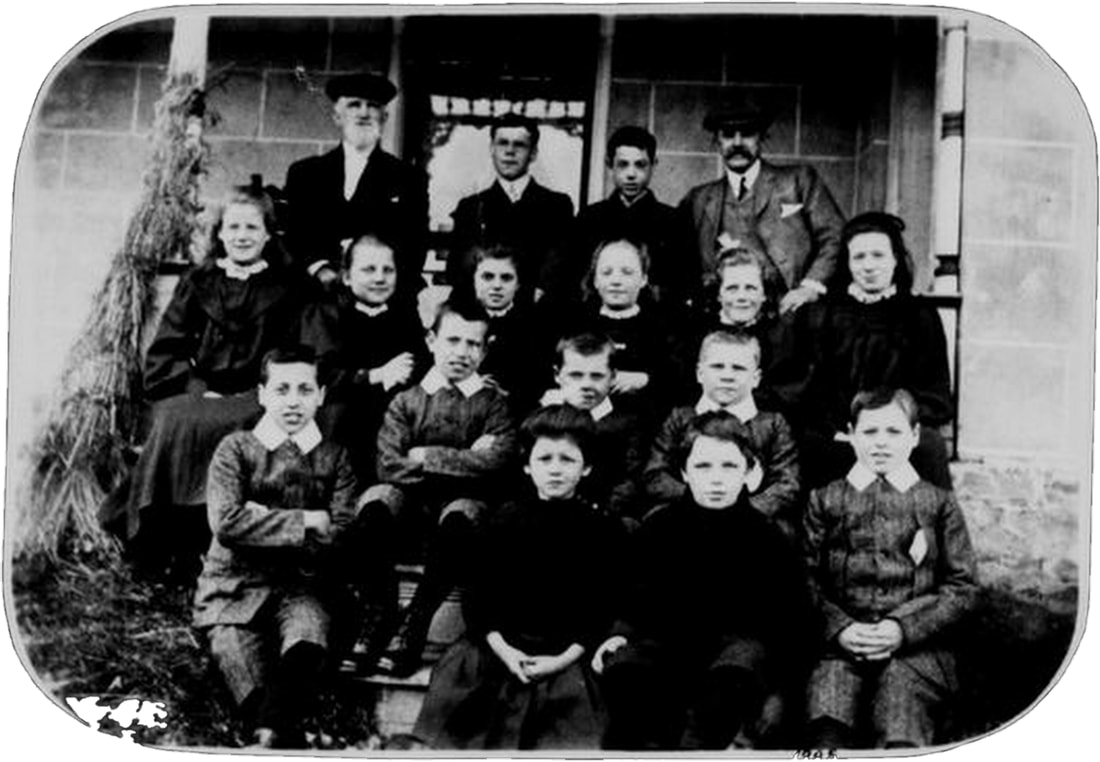 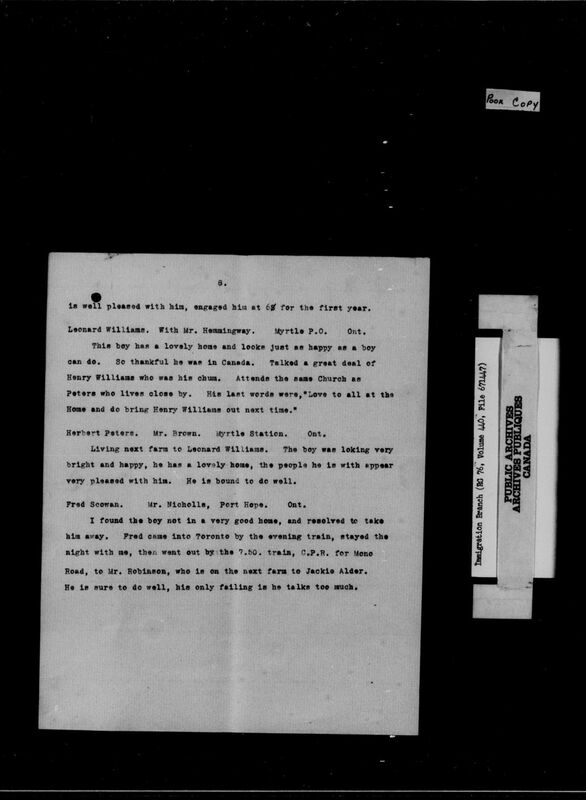 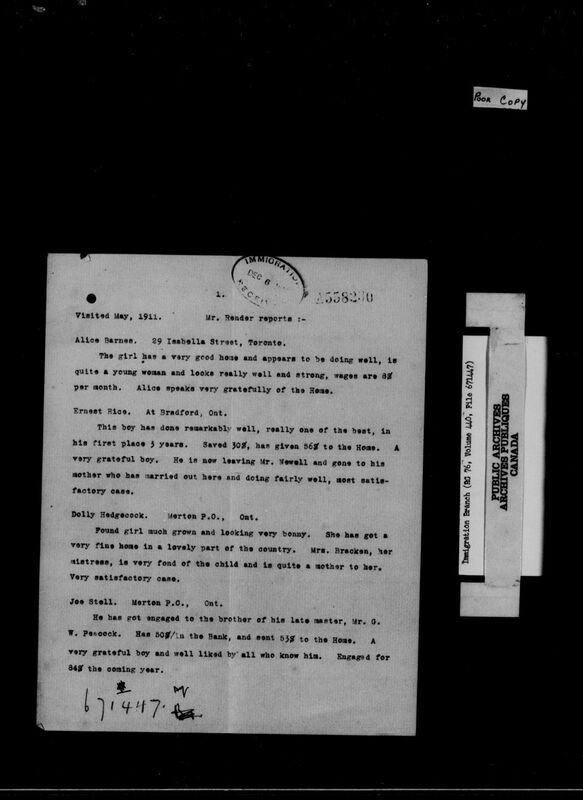 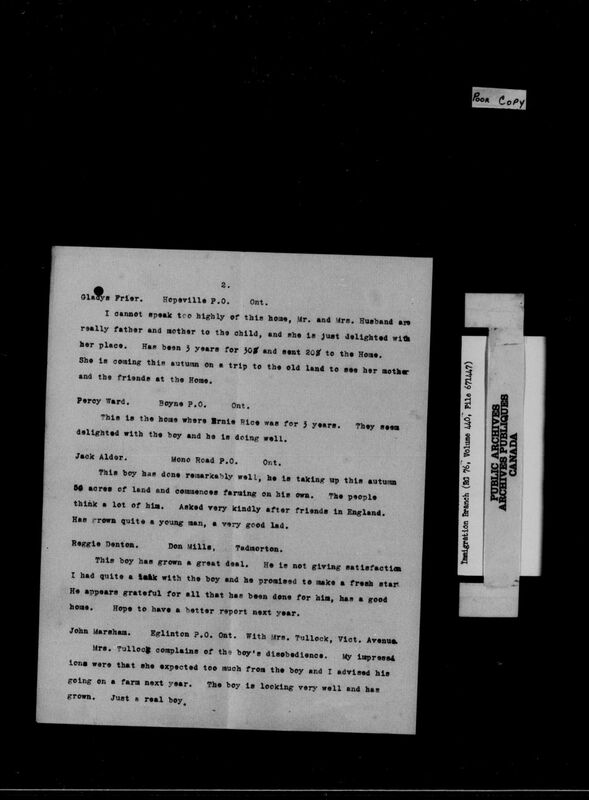 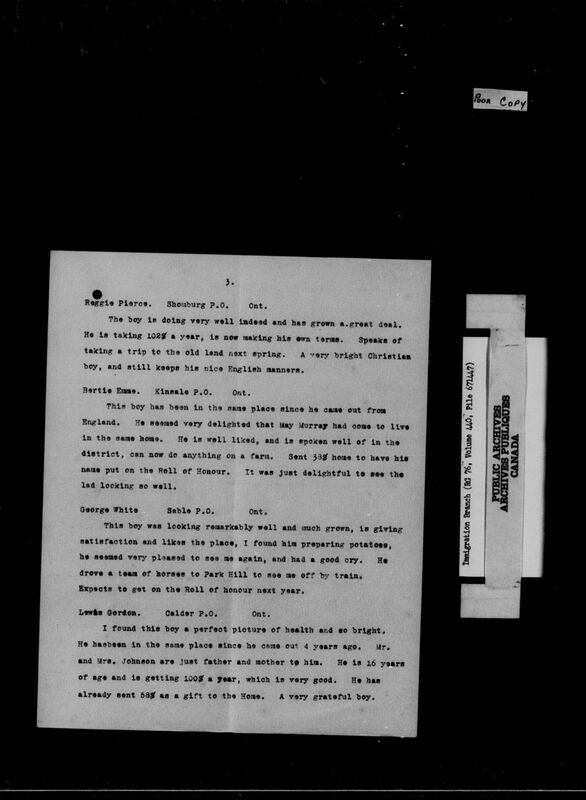 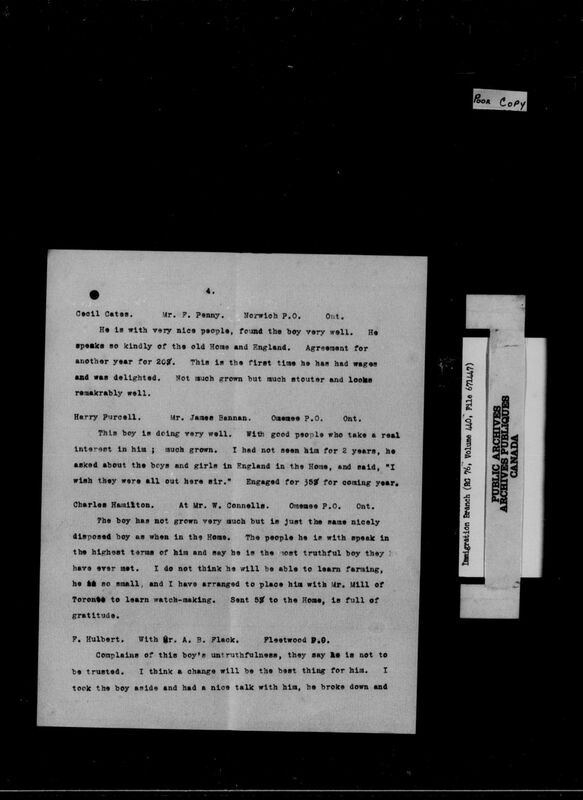 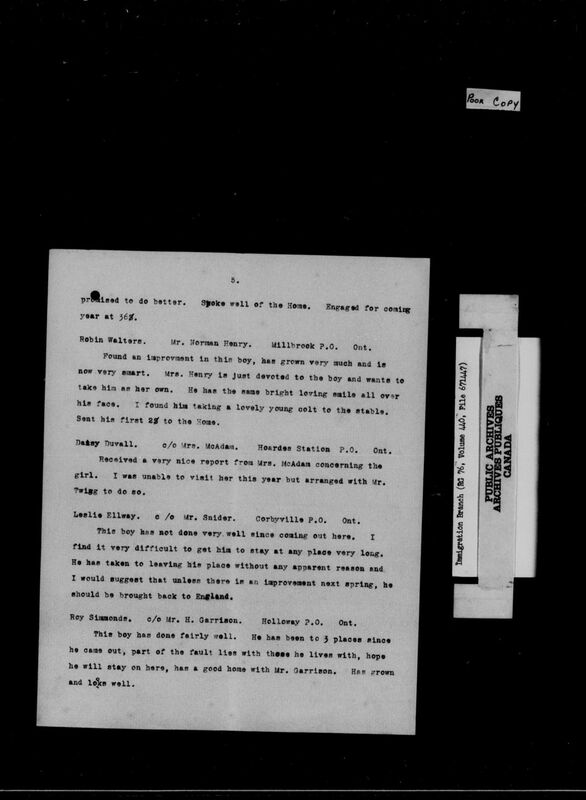 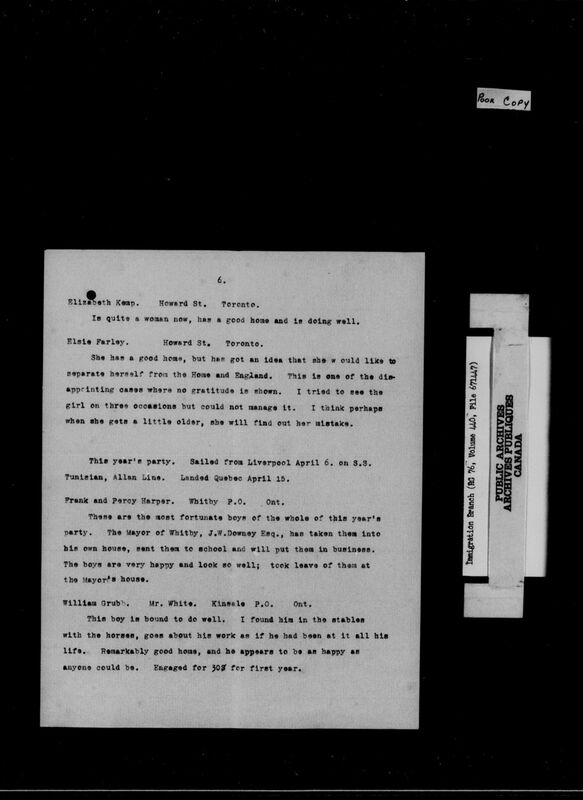 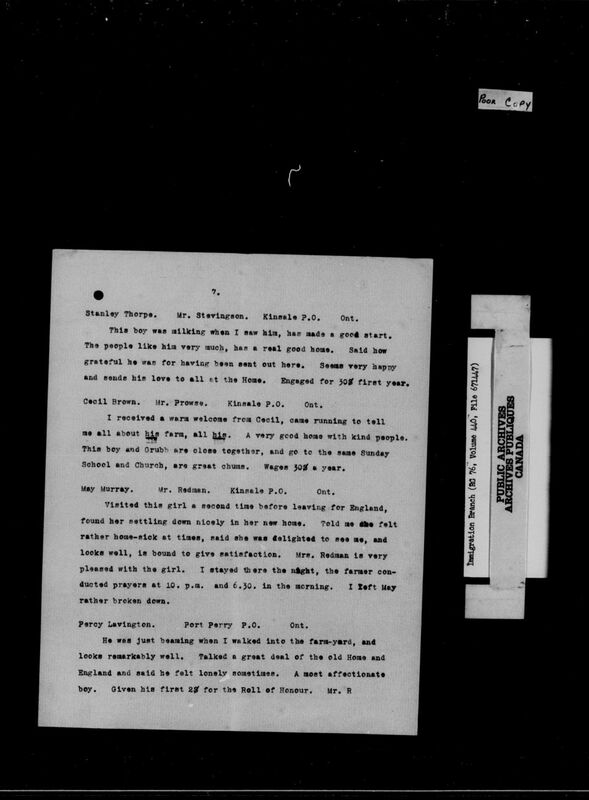 Link for 1913 Inspection reports for: 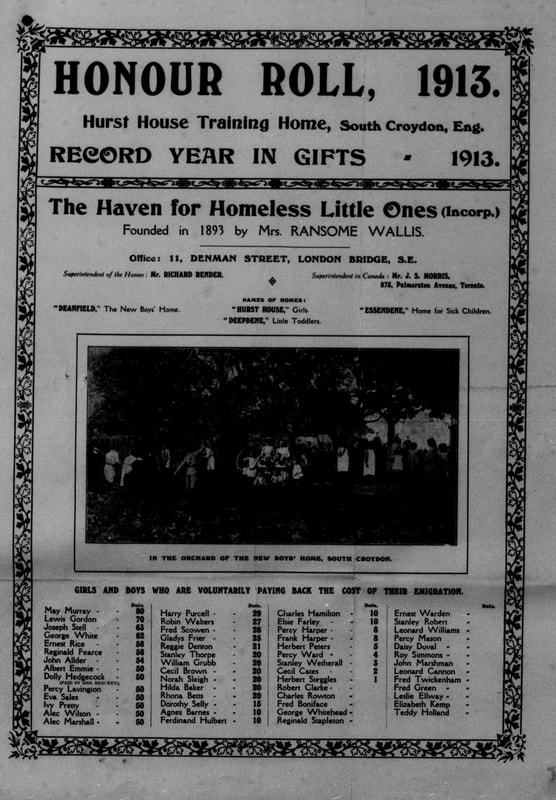