Ellen Agnes Bilbrough, born November 21, 1841 in Leeds, Yorkshire, England, became concerned with the plight of London’s youth while teaching in the Whitechapel district of London.  Despite her best efforts, she realized that a basic education alone was insufficient to change the prospects of her students.

In 1869, Annie Macpherson planned to send some of the home’s children to Canada.  After the funds had been raised to pay the children’s passage, Miss Macpherson, accompanied by Ellen Bilbrough, escorted 100 boys to Belleville, Ontario.  Annie opened two home in Canada, Marchmount in Bellville and a home in Galt, placing Bilbrough in charge of Marchmount. She turned the home over to Bilbrough in 1877 to focus on her work in Galt.

In 1882, an evangelical missionary, Robert Wallace,  travelling in Canada, attended Marchmont staying on to help Bilbrough with her work. In 1877 they were married and continued to run Marchmount together. Ellen Bilbrough Wallace died on September 23, 1900 at age 59. Rev. Wallace remarried in 1902 and retired in 1913.  It was expected that Marchmont would be turned over to the Manchester and Salford Refuges; however, the outbreak of the First World War brought the practice of child emigration to a temporary halt.  When child emigration resumed in 1920, Marchmont was placed under the control of Liverpool Sheltering Home and its director, Lilian Birt.

Source: Britishhomechild.com - their sources are not credited. 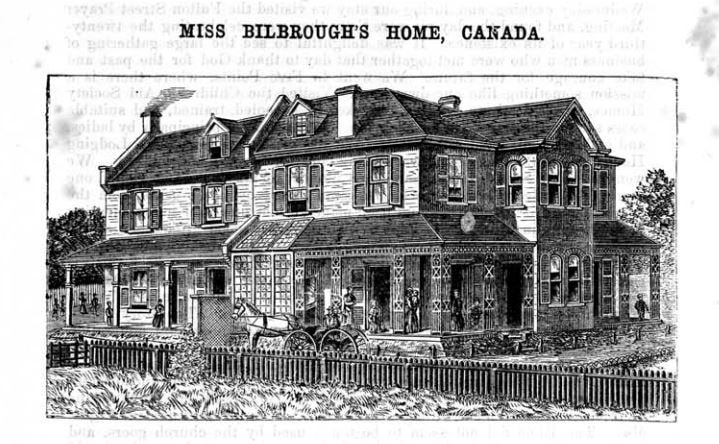 From the 1880 Quarrier magazine "Narrative of Facts"