Robert, in 1866, was the first of the siblings to arrive. Following that, Jane arrived in 1881, Margaret (Maggie) in 1882, Joanna in 1883 and Catherine (Kate, Katherine) in 1884. All five siblings were emigrated through the Quarrier Homes. Quarrier’s had not yet established their receiving facility in Canada, therefore the escorting agency was Annie Macpherson and the children were received at her Bellville, Ontario facility.

Margaret, in 1889, married Everett Wilson Root in Nipissing, Ontario.  Jane, in 1892 married James Henry Arnold in Nipissing. Catherine, in 1893 married Harry Fulcher Gregory in Nipissing. Joanna married Horace Shafto Wake in 1899, Dufferin Country. Not knowing the stories of Roberts sisters, by all appearances they had successful lives. Robert himself was no exception. He was placed with the family of Murdoch McKenzie who resided just outside of Orangeville, Ontario. In 1887, along with Murdoch’s son William, Robert moved to North Bay. He quickly established himself in his new community – opening Rankin’s Grocery that year.  On the 30 Nov 1888, in Nipissing, he married the daughter of Murdock, Miss Elizabeth McKenzie.
​
The Rankin’s suffered a setback after their son Robert George was born ill 26 August 1892. Little Robert lived only four weeks. William Robert was born in 1895, Jean Margaret was born in 1897 and Kenneth McKenzie in 1902. Robert’s grocery store flourished – a newspaper in North Bay mentioned Rankin on 18 April 1897: “Rankin keeps the leading flour and feed store and sells Keewatin flour.” Robert had a keen interest in North Bay and its community, he was elected to council in 1894. 1896 he took the position as Reeve. In 1909 Robert was elected Mayor of North Bay.

It was during his term as Mayor that Robert reached out in aid of George Thomas Nelson. George wandered into North Bay in February of 1910 and was in serious need of medical attention. George, as it turns out, was also a British Home Child.  He was born 14 February 1891 in England – the son of Arthur Nelson and his wife Ellen Lofthouse. George had seven siblings – Edith Eliza, Martha Ann (died as an infant), John Edwin (Edward), Arthur (died as an infant), Alfred Pearson (died as an infant), Anne Louise and Albert Edward. George, along with his brother John were immigrated to Canada by the Catholic Emigration Association, arriving at St. George’s Receiving Home, Ottawa, in August of 1906. It is thought that their parents were both deceased. Two surviving sisters Edith and Anne remained in England. John Edwin lost his life in the First World War, serving for Canada as thousands of BHC did.  It was through his military files that we started piecing together the threads of this family. Both Edith and Annie are mentioned. It is not known if the surviving siblings knew the fate of their brother George.
​
George turned eighteen in February of 1909.  Typically, BHC were released from their indentures at this age. Many lacked the education they were promised, had no parents or family in the country and only knew farm labour. Wages were typically held until they were twenty-one. It is unimaginable how they survived.  By December of 1909 George had made his way to Winnipeg, Manitoba seeking work. Finding no employment and destitute, George attempted to walk back to Ottawa in bitterly cold temperatures. By 12 January 1910, George made it to North Bay, but with two frozen feet. The matter was brought to the attention of Mayor Rankin, who ensured George was hospitalized immediately. Sadly, George’s feet were amputated. He lingered in hospital as gangrene set in. George died on 28 March 1910 and buried in an unknown location.

Robert Rankin was a well-respected and hardworking individual. He established a well-known, long-standing grocery store and influenced many aspects of the growing town of North Bay. In his years in there, he served as Reeve, Mayor, and Councilor, headed committees, participated in social and sporting events. He was a well-respected and loved character of North Bay. Robert passed away on 29 June 1952 and is buried in the Terrace Lawn Cemetery beside his wife Elizabeth. Among his accomplishments, he is now remembered in the BHC world as a kind man who aided a destitute fellow British Home Child. 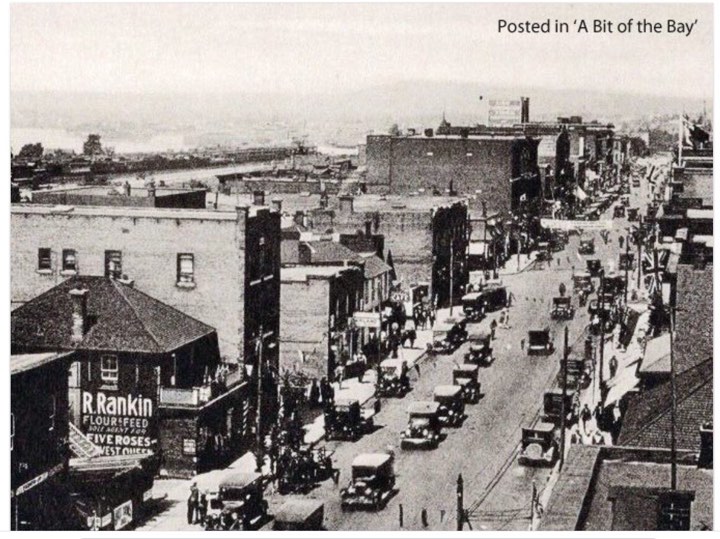 The 1897 Quarrier's Narrative of Facts article 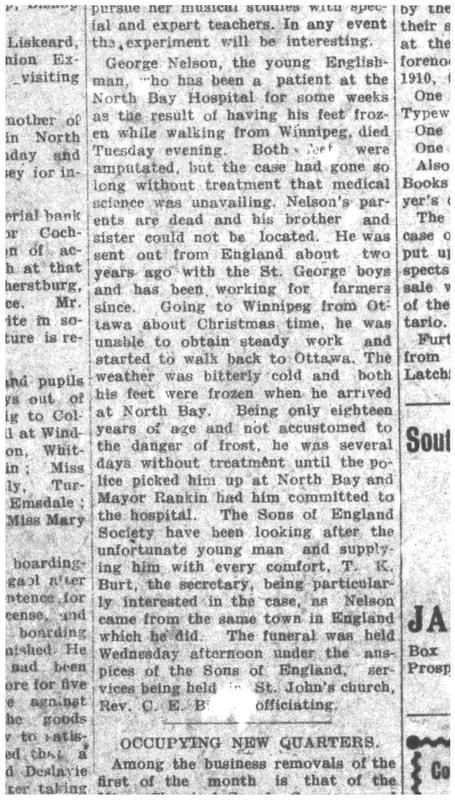 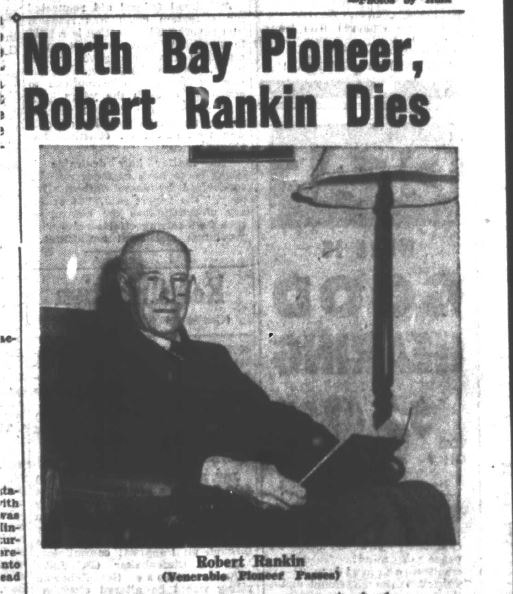