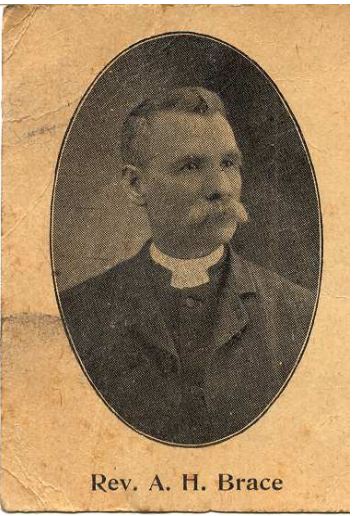 Forward
This has been a labor of love. I owe heartfelt thanks to Garry Black, grandson of Annie. Although we had not been in touch in almost forty years he called me up and asked if I was interested in the material in his attic, which of course I was. I am grateful for his interest and encouragement. As always, my husband Kurt has been my champion and primary supporter.
I have learned so much about Adam Howe and Charlotte Jane through this
research. While Charlotte remains a shadowy figure, Adam Howe comes forth as the strong character he was, a powerful fundamentalist Christian with a financial bent and a courage to tackle the hardest of tasks.

Their children were all interesting people. The fact that they were prolific letter writers and that some of these letters were saved makes interesting commentary on the life and times of these Canadians.

This Brace history is dedicated to my father Douglas Chown Brace who died
much too early at age 42. He had many of the characteristics of Adam Howe
and his early death was a great loss to those close to him and to those who
never knew him. Perhaps this attempt at family history documentation will shine a light on some of our Brace forbearers, these intrepid Canadian immigrants and their children.
Stephanie Brace von Schilling, 2008
scroll down, begins on page 3