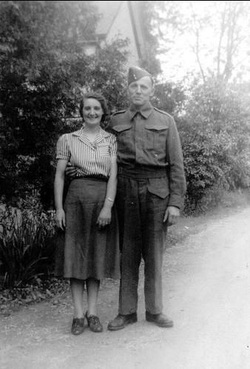 One of the saddest chapters in Canadian history is the story of the British "home children."

From 1869 to 1939, British church and charity groups shipped over 100,000 poor or orphaned children -called "home children" -to Canada, Australia and other British settler countries to work as farmhands and domestic servants.

Most of these children, who ranged in age from six months to 18 years old, were sent to Canada.

In 19th-century England, children were used as slave labour in factories, mines and trades. So the promise of a better life in a different country -where they would be provided with food, shelter and an education -must have seemed like a dream come true.

But for many, the dream became a nightmare.

Home children were little more than indentured servants with no rights. A fortunate few were welcomed into families, but many were subjected to neglect, abuse and abysmal working conditions.

In recent years, England and Australia have both issued formal apologies for their role in the home children saga, but Canada has never apologized.

However, steps are being taken to recognize the significant role home children played in Canada's development -and countless childhoods sacrificed in the process.

The Ontario government is currently discussing a bill that would designate Sept. 28 every year as British Home Child Day.

The federal government has proclaimed 2010 as the Year of the British Home Child, and on Wednesday, Canada Post issued a stamp commemorating the home children.

Donna King, whose Centennial Road home houses a collection of home children memorabilia, has a connection through her godmother, Annie "Nanny" Wilson, who married a home child, Walter Wilson.

While Walter was fighting overseas in the war, Annie rented out rooms in her home on Byng Avenue, and King's family, the Martins, moved in.

Annie became a kind of second mother to King.

"My mother was very ill when I was born, so my Nanny literally carried me home from the hospital, and she looked after me," King said.

"From then on, she was a part of our family."

In 1945, Walter Wilson came home from the war. He never talked about his years as a home child, but King has been able to piece together his history through documents found in Annie's attic after he died.

Walter Wilson was born in London on June 3, 1901. His birth certificate lists him as Walter John Collett. His parents were not married, so he was given his father's last name and deemed illegitimate. He had no brothers or sisters.

In later documents, Wilson and his wife refer to him as an orphan, but there is no evidence to support this. King believes he preferred being thought of as an orphan because of the stigma that was attached to home children.

As a child, Wilson lived and attended school in London at one of the Barnardo Homes. Founded by Dr. Thomas John Barnardo, these homes placed 30,000 children in Ontario.

Only nine years old when he was shipped overseas, Wilson arrived in Quebec City and was sent to do farm work for John and Keitha Horton in New Dublin, where he stayed until he married Annie on Nov. 9, 1937.

Then came the Second World War.

In his RCAF application, Wilson noted that he had a public school education and was working as a mechanic at a garage in Brockville.

At the bottom, he wrote: "I am an orphan, worked hard, still working hard."

Even though Wilson was not a Canadian citizen at this point, he joined the Canadian armed forces and fought on the front line in Italy.

It was here that King found a clue as to why Wilson did not go by his birth name, Collett.

In a sworn battlefield declaration in Italy, dated Dec. 26, 1943, he said that Walter Collett was his true name, but that he wanted to be known as Walter Wilson.

He wrote: "I took the name of Wilson from a relative who brought me up after the death of my parent, and I've always been known by the name of Walter Wilson."

When Wilson returned home, he rking as a mechanic and was eventually employed by Brockville's city works garage.

King remembers him as a quiet, moody man who worked hard but did not socialize. He was emotionally withdrawn and seemed unable to show affection, even to his wife.

King often wonders if his experiences as a home child, followed by the brutality of war, forever damaged his psyche.

King recalls him talking about his days as a Barnardo Boy.

"The etiquette that he was taught at the Barnardo Home was very disciplined, very regimental," she said.

"You sat down to your meal, you put a napkin on your lap, you ate everything that was on your plate, and when you finished, you pushed your chair in."

Every child shipped overseas by a Barnardo Home was given a trunk to carry their belongings. King has Wilson's Barnardo trunk, which contains his war coins, a diary and other war memorabilia, a good conduct medal he received from Dr. Barnardo's Home, and all the official documents, newspaper clippings and photos King has compiled of Wilson's life.

Other than some scuffs and scratches on the inside of the trunk, it looks much as it might have when nine-year-old Walter Wilson stepped off the boat in Quebec City.

King wants Canada to do more to recognize the plight of the home children.

"I don't know what the percentage is, but a lot of these children were abused. And mind you, when these children came here, they were children. They worked with their hands. They didn't have the farm equipment that's here today," she said.

"I would like to see recognition for all of these home children. They were such an important part of our history and the development of the land."