Perry Snow - Neither Waif nor Stray from Imagine Photo Cinema on Vimeo.

We are proud to present Perry Snow's 2017 version of his book
"Neither Waif nor Stray: The Search for a Stolen Identity
​FREE DOWNLOAD

Synopsis: My Father: Unlike so many BHC who did not speak of their time 'in care' - and took their secrets to the graves - my Father wrote of all his experiences in Foster Care and a Boys' Home in the UK, and his indenture as a farm labourer in Canada.  He saved every bit of his corresondence with the Waifs and Strays over a 60 year unsuccessful search for his stolen identity.  He died - as he lived, - in darkness, not knowing who he was because they lied to him and withheld information from him.

My Inherited Search: It took me years to obtain his records from the Waifs and Strays. These records proved that they withheld vital information from him and lied to him and tried to withhold information and lie to me.  When I learned he had a brother, and that 3 more Snows were in Barnardo's care, I experienced the same run-around about obtaining information from Barnardo's.

Exposing of Lies and the Dispelling of Myths:  My research - along with my 40 years of working as a Clinical Psychologist -  led me to conclude that (until someone provides evidence to the contrary) ALL of the 150,000 BHC deported to Canada were BRAINWASHED into being ashamed of themselves. They were 'ORPHANIZED' by being told their parents were dead. Their names were replaced by NUMBERS. They were NOT ALLOWED TO SPEAK. Their childhoods along with their identities were stolen and their family ties deliberately severed.

The scheme was not about 'saving' children. It was a deliberate scheme designed to create a docile servant class in Canada, rid the UK of an unwanted element,  and permanantly/irrevocably sever all of their family ties. They ensured that sibling were permanantly separated from siblings in Canada.

Why are the 10 million Canadian descendants still as invisible as the 150,000 British Home Children deported to Canada/sold as indentured slaves?

Why have the thousands who served and were killed in WW1 not acknowledged as a distinct group as others have been?
​
Why has no Canadian Prime Minister apologized and acknowledge Canada's role in this diabolical scheme?

This is a documentary about the Myths and the Lies surrounding the British Home Children Deportation Scheme to Canada (1860-1950's). 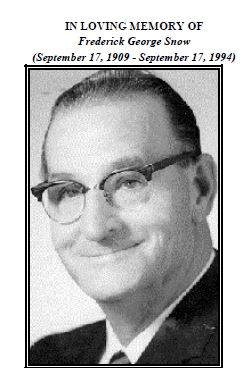