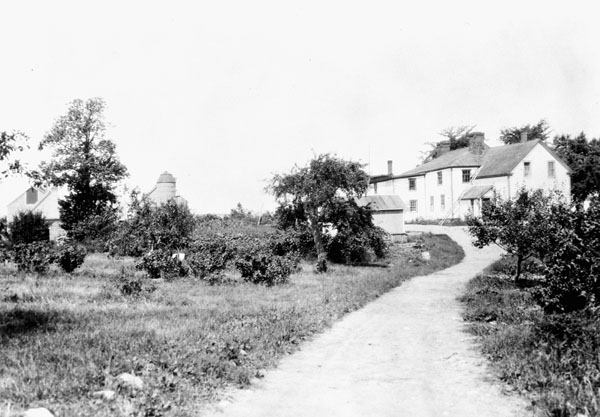 The farm which was situated inNew Brunswick, near Lower Gagetown
From the Library and Archives Canada
Emigration from Scotland Between the Wars: Opportunity Or Exile? 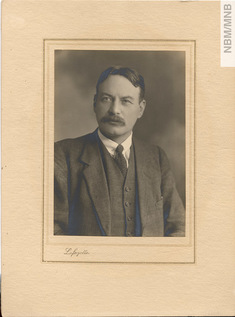 George Carter Cossar Photo Credit: New Brunswick Museum
George Cossar opened a home for boys at 173 High Street in Glasgow in conjunction with the Church of Scotland’s  Committee on Social Work followed by a farm for boys near Stirling in Scotland. In 1910 he purchased a 600 acre farm near Lower Gagetown, New Brunswick with the idea of bringing poor Irish and Scottish boys from Glasgow to Canada. The Cossar Farm Receiving Home and Distribution Centre for Scotch boys had orchards and livestock on the property. Eventually, two neighboring farms were purchased  totaling 1,000 acres.

The first group of boys arrived in 1911. Cossar assisted emigration for the boys from his own personal funds, until 1922. Up to that time, the boys were to pay him back, Cossar found that very difficult to collect. A new agreement was drawn up with the  Empire Settlement Act.

Cossar also acted as an agent for the  British Immigration and Colonisation Association. Around 1924 BICA boys were being sent to Gagetown. Some of the BICA boys were impoverished children, but many came from affluent families.
​On Cossar’s own suggestion — New Brunswick made the Gagetown Farm responsible for processing all the province’s assisted juvenile immigrants. It became the Provincial Training Centre for the reception, distribution and placement in New Brunswick of all boys recruited in the United Kingdom  under assisted passage agreements. Cossar was from then on required to bring out 100 boys per year under his own steam, as well as receive those sent by other organizations.
​
Source: www.britishhomechild.com - no sources listed on web site. 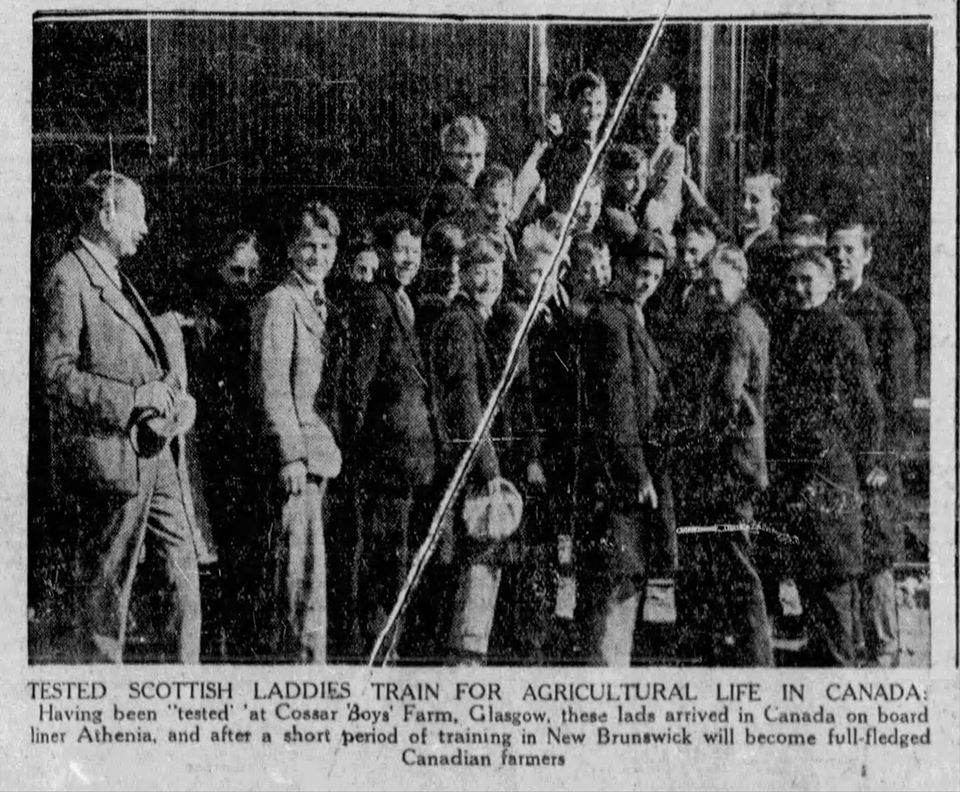 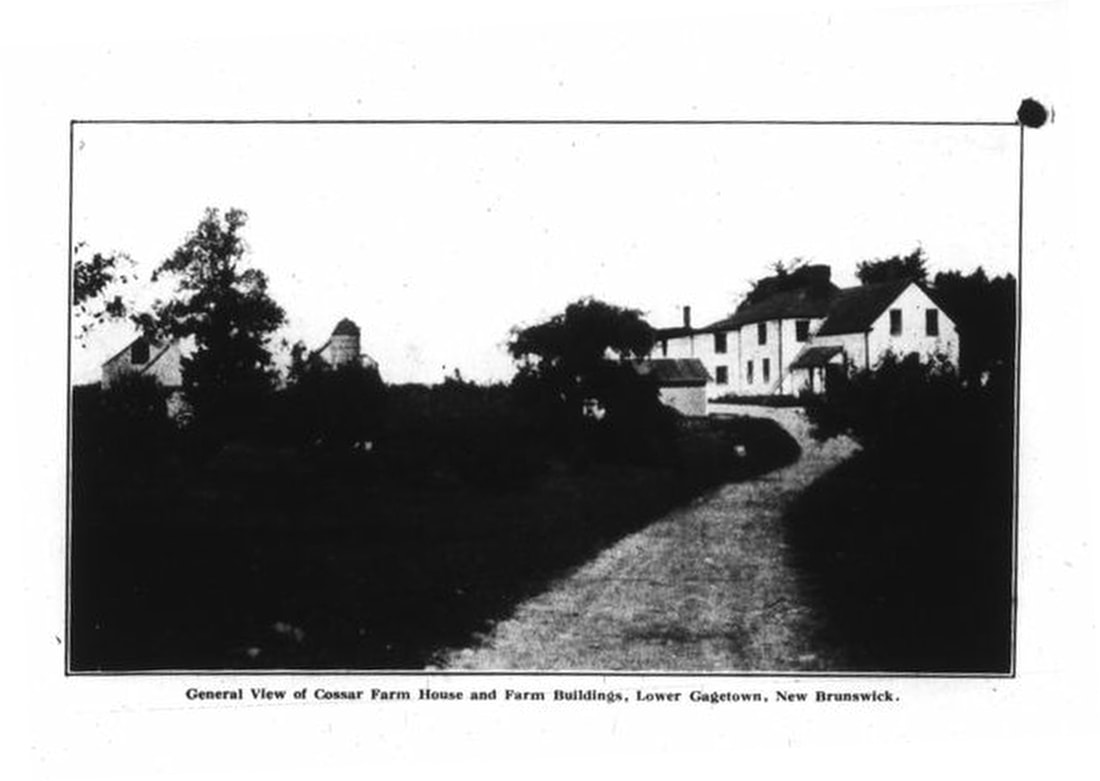 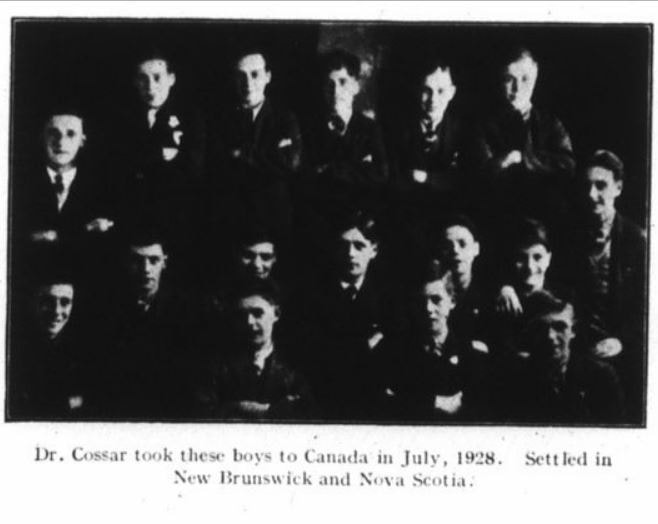