This article, written by Lori Oschefski, is based on the research work of Anne Collins of Australia,who brought Walter’s story to our attention, and the oral history of Second World War Bride June Dunster.
On October 7 1880, in Richmond Surrey, England, Walter Leigh Lockett was born to a single mother, Ann [Annie] Maria Lockett. Walter was baptized in November that year, as “Walter Leigh”; his mother listed as “Annie Leigh”.  Placed as an infant with Charlotte Kitchen in Hanwell, Middlesex  as a “nurse child”, Walter spent his formative years in foster care. Even though his mother Annie married widower Thomas Henry Mills in 1885, Walter did not seem to have been brought back into the family home. Thomas and Annie, however, did seem to be aware of his whereabouts and often his home address was listed as their home at “28 Newcomen Street”. Thomas Mills and his first wife Elizabeth Hill, who died in 1884, were parents of several children, including Alice Elizabeth born Nov 20 1872 in St Olave Southwark, London. Alice is the link in the family which proves British Home Child Walter Leigh Lockett became known as Walter Leigh Rayfield, a recipient of the Victoria Cross in the First World War. Alice’s  Granddaughter (Great Granddaughter to Thomas Mills),  June Dunster, married Victor Charles Rayfield, son of Walter Leigh Rayfield. June is a Second World War Bride, residing today in Toronto, Ontario. Her family history revealed to Anne Collins, an extended family member from Australia, by  a nephew of June’s, helped Anne to confirm the bloodlines between June and her Great Grandfather, Thomas Mills. Through this connection, Anne discovered that Walter Lockett truly was Walter Rayfield.  I had the honour of speaking with June in April of 2018, and recorded this oral history of June’s marriage to Walter’s son. June confirmed that she was told Victor Rayfield was her second cousin, and confirmed her parent’s names, her Grandmother was Alice Mills, and that she was Thomas Mills Great Granddaughter.

The 1891 English census shows the now ten-year-old Walter is  going by the last name “Lee”. He is living in Washwell House, Painswick, Gloucestershire, England. Washwell was a home run by sisters Harriett and  Alice Wemyss. The sisters began the emigration of children from their home to Marchmont which was under the care of Annie Macpherson. In 1877 Macpherson turned the running of the home over to Miss Ellen Bilbrough. In 1877 Miss Bilbrough married Reverend Robert Wallace, following which they ran Marchmont together.
​
The Marchmont Home records show that “a Walter LEE emigrated to Canada on May 21 1891, aged 10.  His date of birth was recorded as October 7 1881. His mother’s name is not recorded.  His step-father is named as Thomas Mills.  It states that both mother and step-father were still living at Newton Street, Borough, London.  Thomas was a porter at Guy’s Hospital.  There is one sister mentioned named Alice, born about 1875”. (Source: Barnardo Archives in England). The 1891 census for England shows Thomas Mills, his wife Annie living at 28 Newcomen Street in London, directly across the street from Guy’s Hospital where both Thomas and Annie worked. Alice is found working as a servant in Paddington, London.

Walter traveled to Canada under the care of the Wallace’s chaperon, Miss Annie Gertrude Laver, and taken to their Bellville receiving home. From there, he was placed out on local farms to work.  Walter’s last know whereabouts, though the Macpherson/Wallace records, was from 1895, when he was living in Bainsville, Ontario. This is where the trail ends for Walter Lee/Leigh. The whereabouts of Walter under either last name, after this time, has not been found. Further, although Walter RAYFIELD gives his birth date as Oct 7 1881 in Richmond, England, no evidence has been found under the name “Rayfield” to support this. After 1895, the first sign of Walter found to date, is his first marriage in King, Washington, USA. He is now using the middle name “LEIGH” and the last name “RAYFIELD” . The origins of the name “Rayfield” has not yet been discovered.

In August of 1907, Walter married Mariam Leona Maroney in King,Washington, USA. He gives his birth place as “London, England” and notes his parent’s names as ANNIE LEIGH and THOMAS GUY RAYFIELD. The “Guy” in Thomas’s name could very well be a reference from the aforementioned Guy’s Hospital.  A son, Walter Rayfield Jr, was born in 1908, Washington, USA. The marriage did not survive and by 1921, Mariam was remarried and  living with her new husband and son Walter Jr.  In 1921, Walter remarried in Niagara Falls, USA, to Nina Hickling. On this marriage record, Walter gives his parents names as Thomas Rayfield and Annie Rayfield. Walter and Nina’s son Victor Charles Rayfield was born in Canada in 1922.

Historical documents found tracing Walter RAYFIELD’s whereabouts over the years, show several bits of information given are consistent with Walter LOCKETT/Lee. Most importantly, Rayfield’s birth date given on his attestation documents and other records is October 7 1881. Lockett’s birth was October 7 1880 - which was recorded as October 7 1881 in the Macpherson/Merry records. His birth place is also the same as Lockett’s, Richmond, England. No records have been found to support a Walter Rayfield born in Richmond on or around that date. His marriage records show his parents first names which are consistent with Lockett’s. In the 1910 USA census, he gives his immigration year as 1891, which is consistent with Lockett’s 1891 immigration to Canada. In a 1924 border crossing record, he states the boat he arrived on was the Sardinian, which is the same boat Lockett arrived to Canada on in 1891. In a 1935 article published in Toronto, Rayfield states he was born in Richmond, England, arrived in Canada at an early age and resided in Ontario for some time. No evidence has been found to support this under the name of Rayfield, but we certainly know this was the case for Lockett/Lee.  The Marchmont records, in showing that Lockett/Lee arrived in 1891 and he was still living in Ontario by 1895, confirm Walter resided in Ontario for a while.

After the death of Thomas in 1912 and Ann in 1907, Walter Rayfield/Lockett kept in contact with his step siblings and visited them on several occasions. Walter’s son, Victor Charles Rayfield, also kept in contact with the family. While enlisted and serving in the Second World War, he visited his family in England. A romance bloomed between Victor and his step second cousin, June Dunster; June being the Great Granddaughter of Thomas Henry Mills. She was the Granddaughter of Alice Elizabeth Mills who was mentioned on the Macpherson/Merry records. A marriage between Victor and June was registered in  1945,Croydon, Surrey, England. June emigrated to Canada in 1945, her destination being Walter Rayfield’s home in Toronto, 558 Gerrard Street East. Sadly the marriage did not survive and they soon parted ways. However short lived the marriage was, June remained in Canada and is still residing there today. 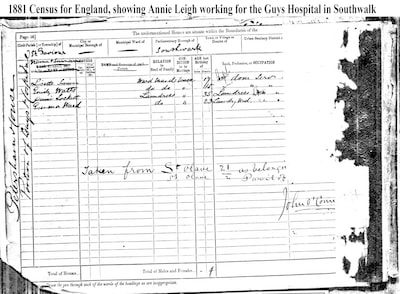 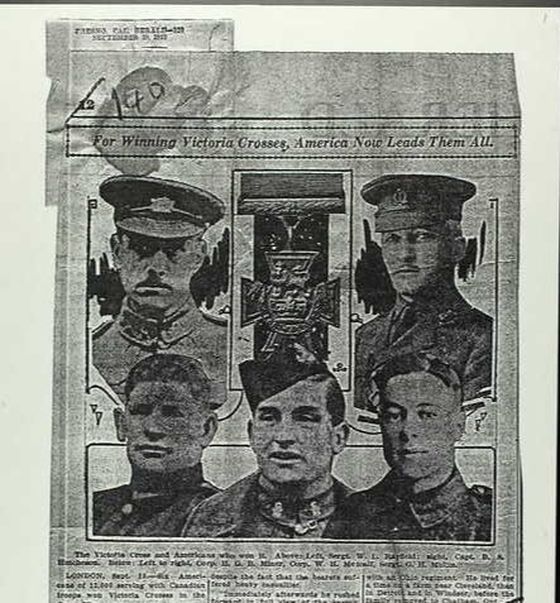 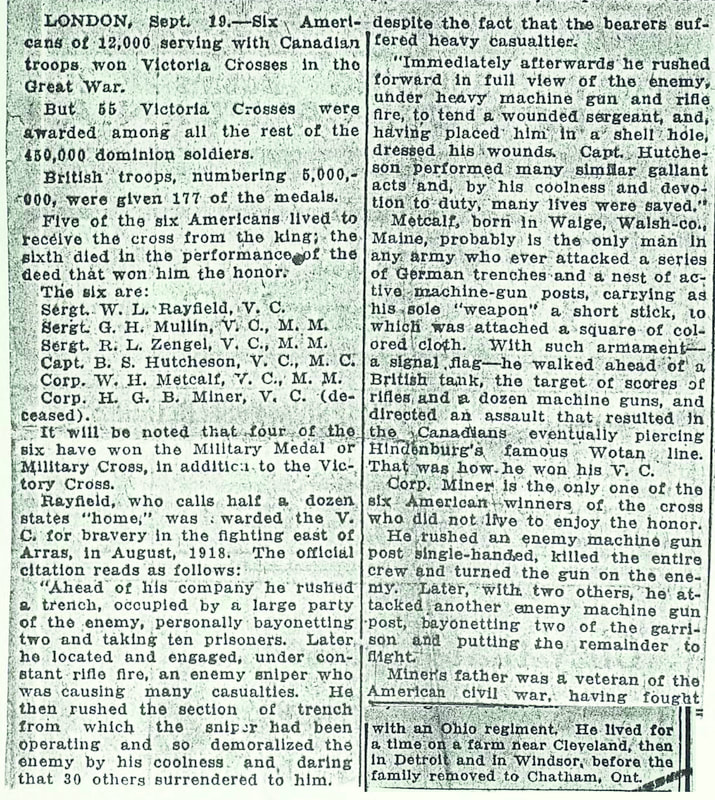