2010 Year of the British Home Child in Canada Memorial Quilt

Making the Quilt by Gail Collins

2010 was the Year of the British Home Child in Canada. What better way was there to educate the public and tell our Home Children stories than to make a memorial quilt so that their legacy will live on after us. Saturday morning, January 9th, 2010, I started drawing sketches of what I envisioned the quilt could look like. By late afternoon an email was forwarded to me about another lady who also had the same idea and vision. It was then that Hazel Perrier of Claresholm, Alberta and I collaborated to work together to get this exciting project going. First we had to see if enough people wanted to follow our dream. The whole project was accomplished by posting messages to computer generated mailing lists which then spread by word of mouth. February 9th the project started. Hazel had volunteered to sew the finished squares together that people sent her. To allow more people to participate, I offered to make squares for those willing to pay me to make one for them. A deadline was set for March 18th. One week more to March 25th gave us a few more squares that would complete a row for the quilt Hazel would sew together. By April 7th we realized the quilt project was getting too large for one person to handle. This worked out perfectly as Hazel and I each had enough squares to make separate queen size quilts. When you look at these two historical quilts, each with 56 squares, they have a total of 112 stories to tell, and are lasting mementos and keepsakes to keep our Home Children’s legacy alive. The quilt Hazel prepared features the Home Child Stamp that Canada Post issued October 2010.

As two quilts were now in the making, I had to come up with another plan so each quilt would have it’s own unique features. The quilt is made up of 56 photo squares and measures 90 x 100 inches. An accompanying Memorial Quilt Book tells the story for each square and is divided into 8 sections with 7 stories each starting with Row 1 across the top, ending with Row 8 on the bottom for a total of 56 stories.

Starting with the two centre white squares, this quilt has a story to tell: our Home Children’s arrival to Canada 1869 to1948, ending with 2010 Canada’s Year of the British Home Child.

The surrounding ten red squares feature a few of the Canadian Homes where our Home Children first arrived, to rest up, before going to their first placements. The earliest arrival on the quilt is 1871, the last one 1941.

Besides our Home Children stories, two historical events took place that tells the story as we know it today and are featured on the quilt. On December 7th, 2009, MP Phil McColeman, Brant County, presented the motion, 2010 Year of the British Home Child in Canada, which was unanimously passed by Canada’s Parliament. We owe our deepest gratitude and thanks to Phil, a descendant, who also is honouring his uncle Kenneth Bickerton on the quilt.

On February 24th, 2010, Britain’s Prime Minister, Gordon Brown, made an Apology to all former Child Migrants at Westminster Palace, London, England which ends the story as we know it today.

This quilt is now at the Mississippi Textile Museum in Almonte, Ontario and is available upon request. 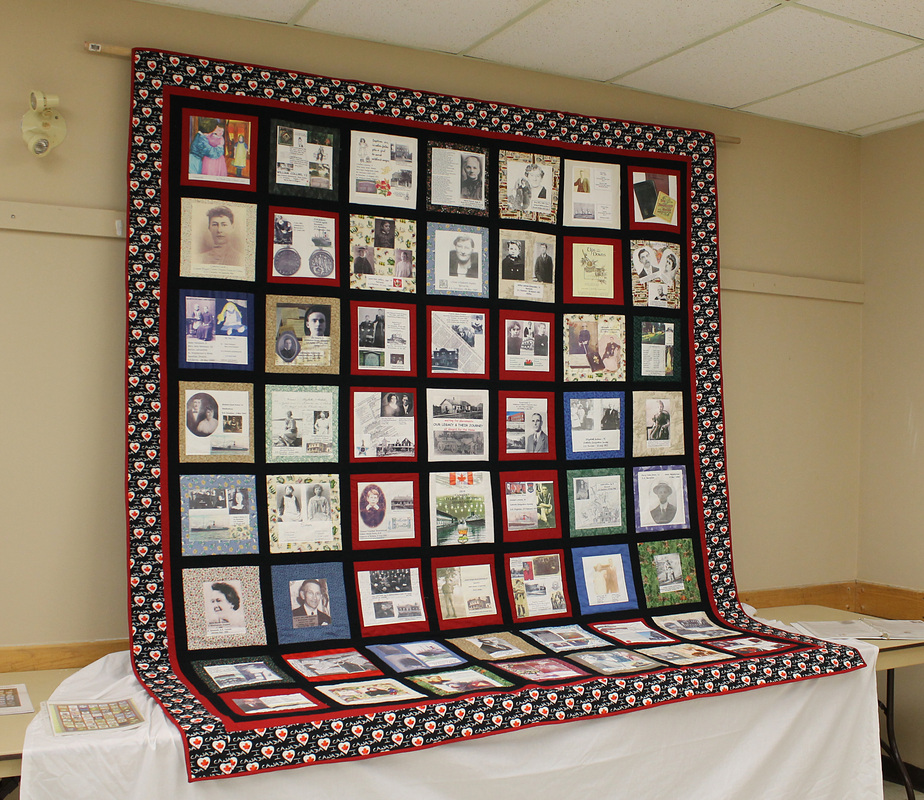 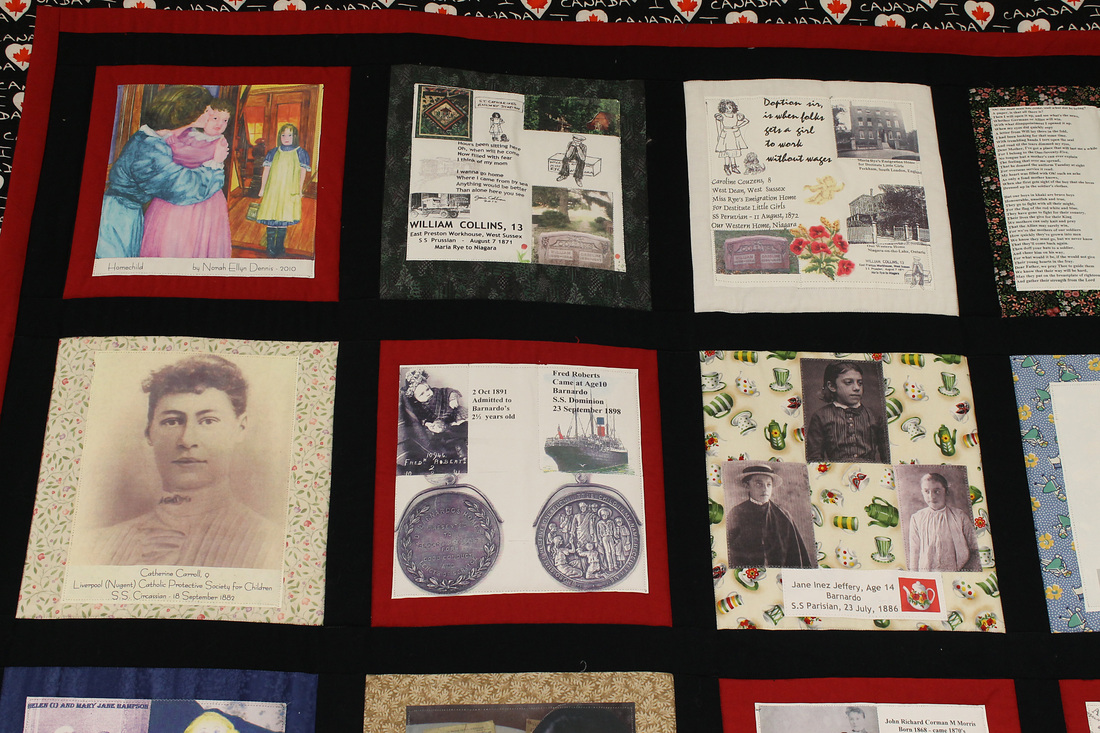 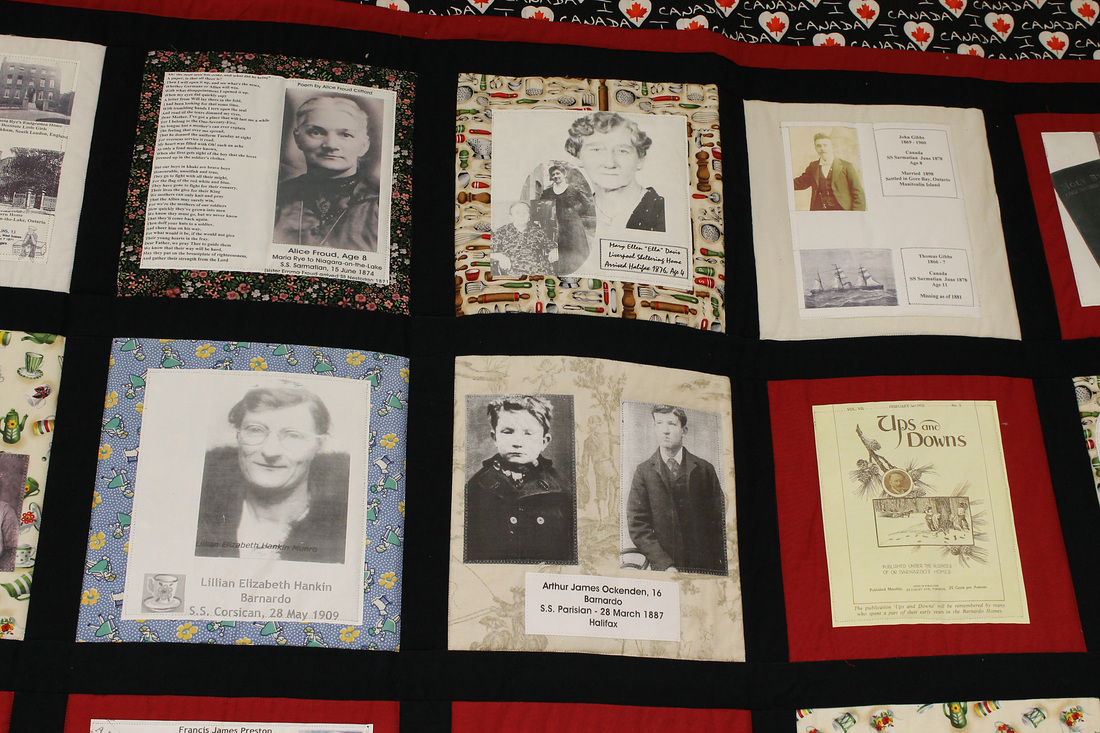 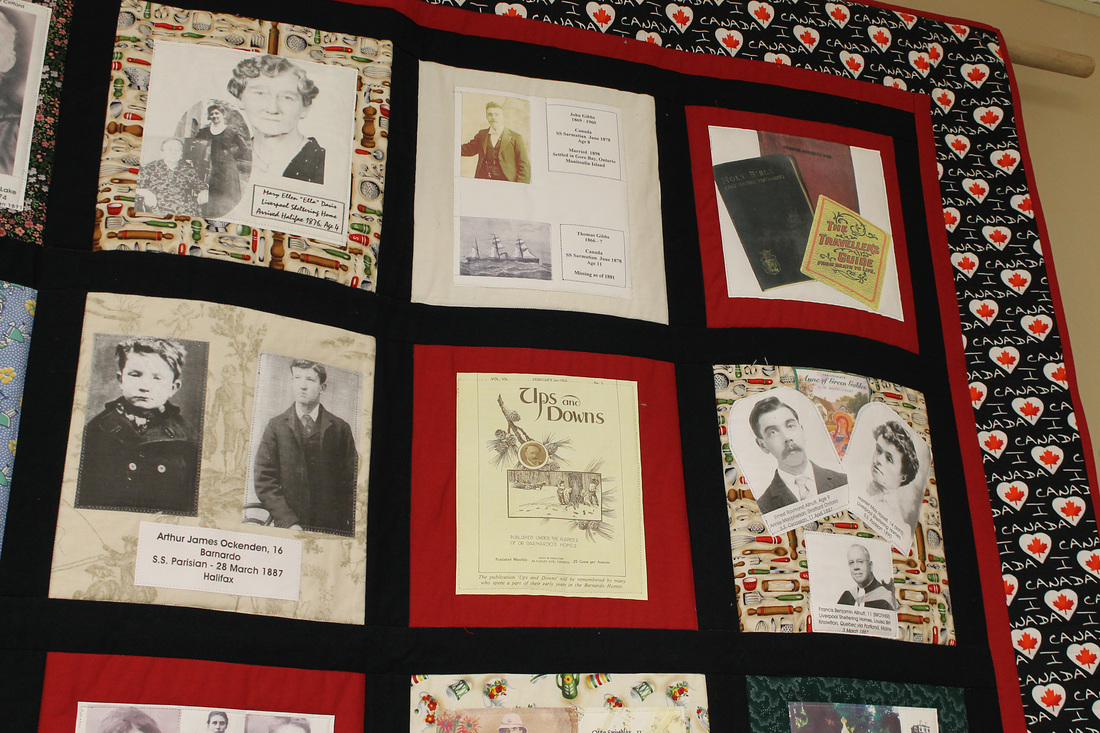 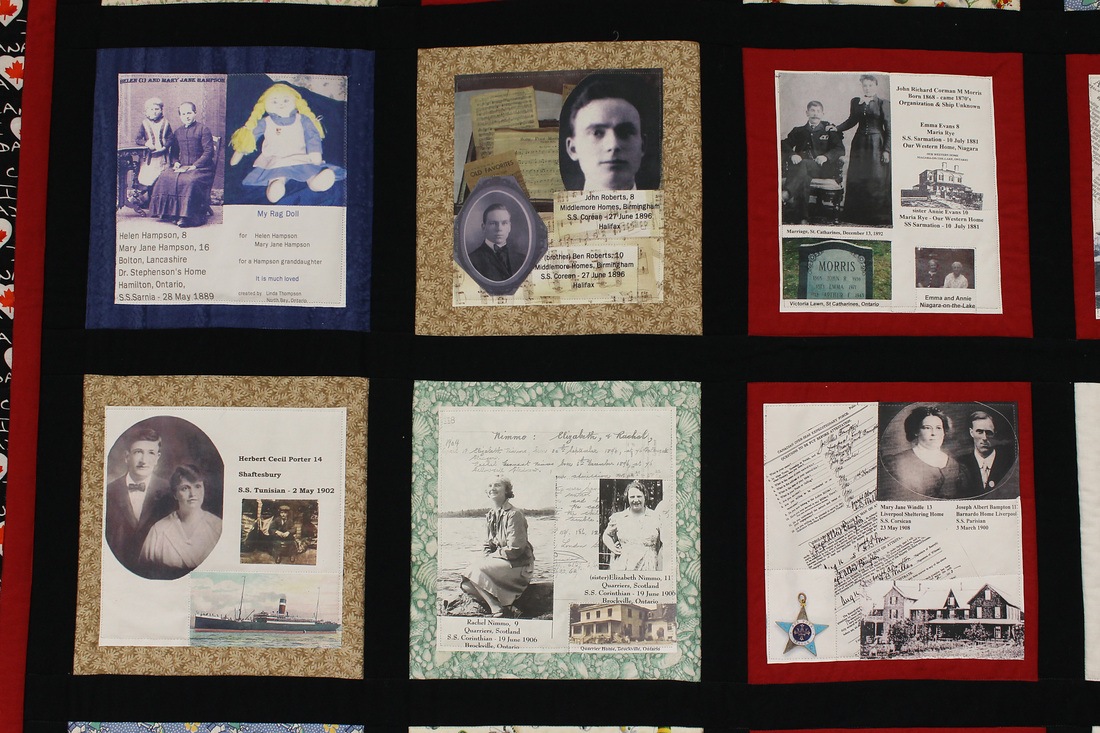 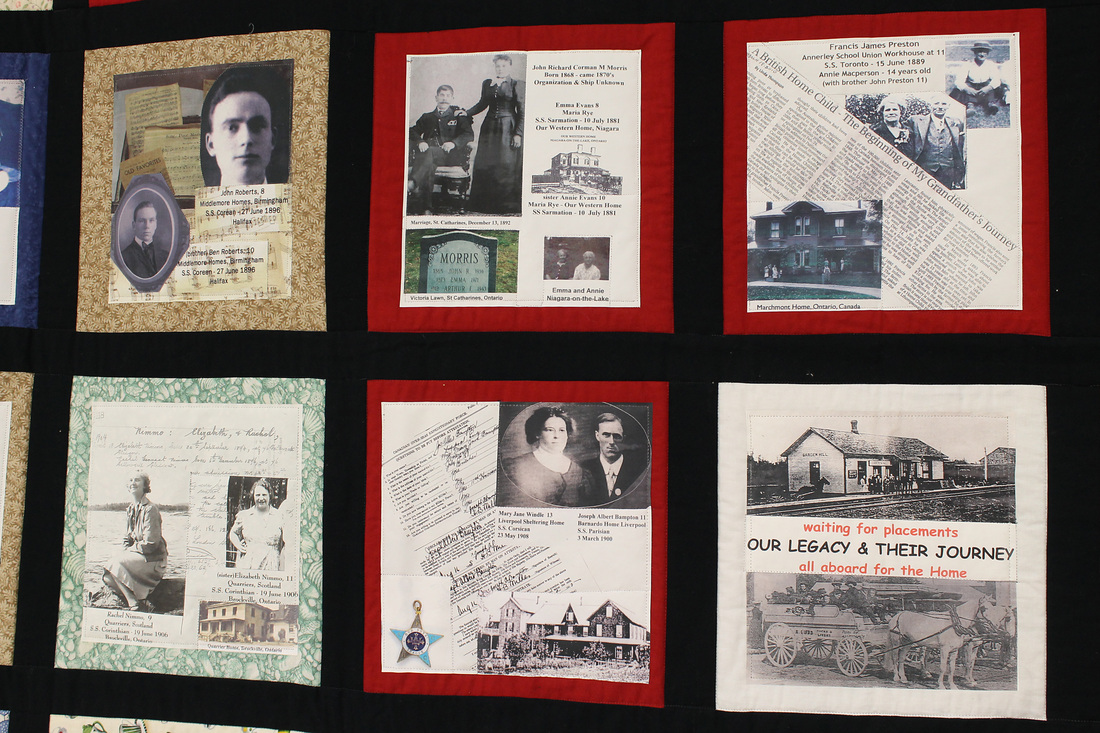 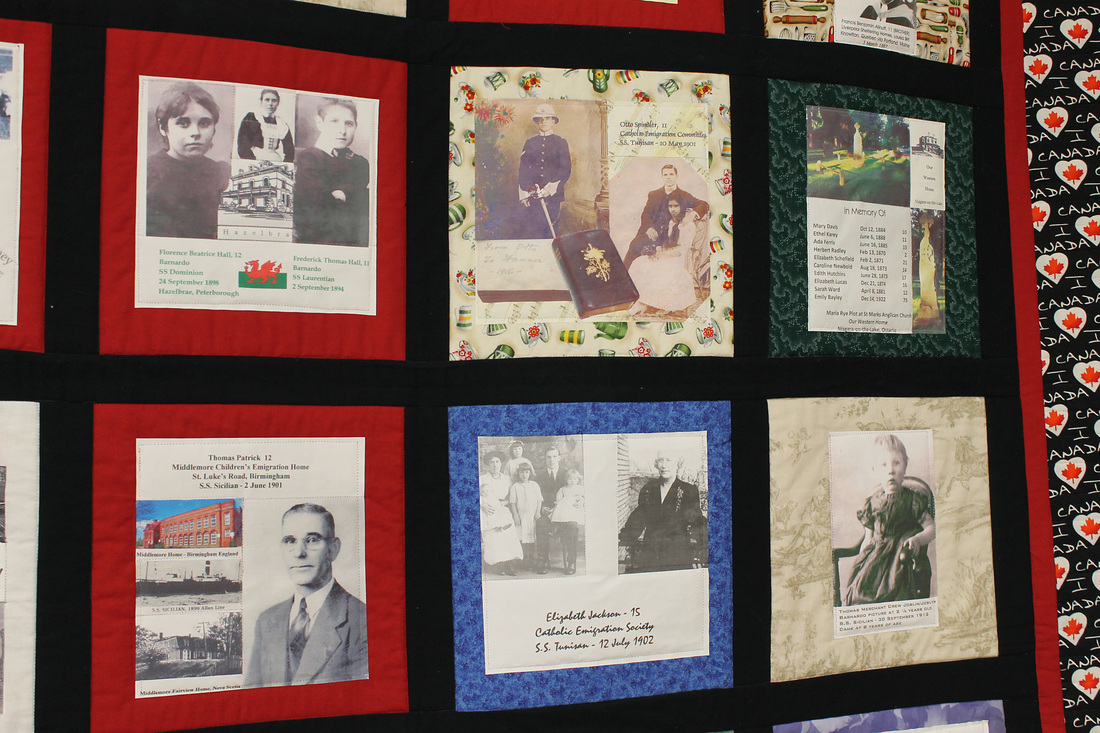 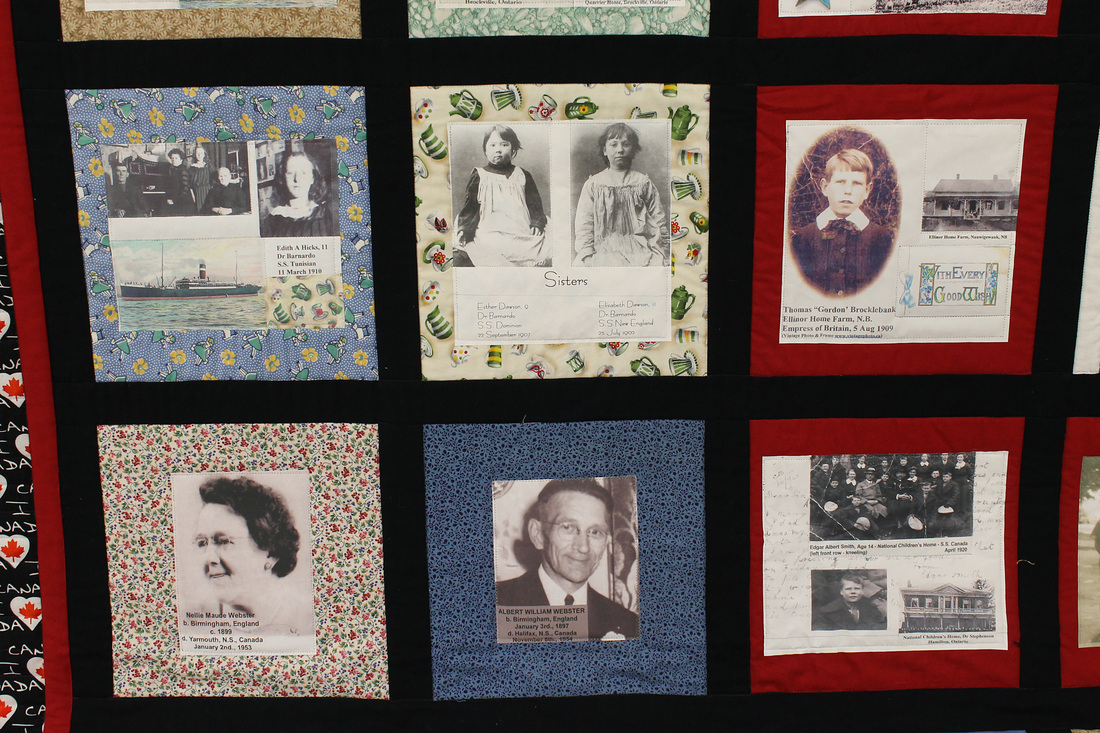 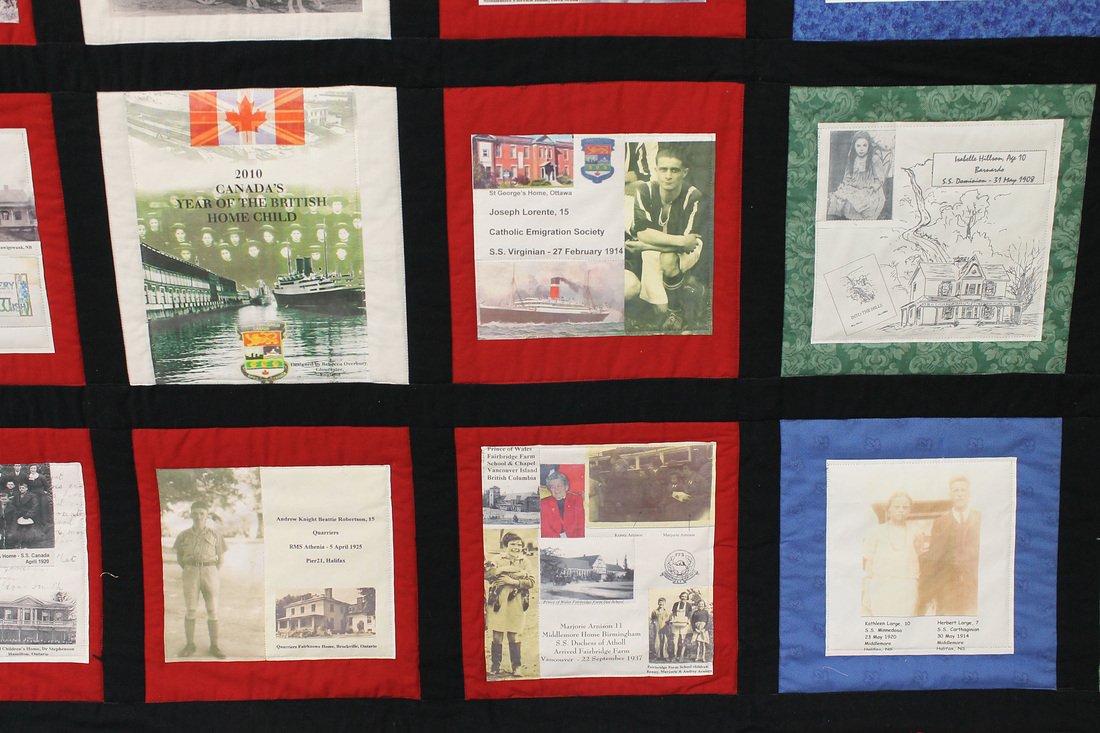 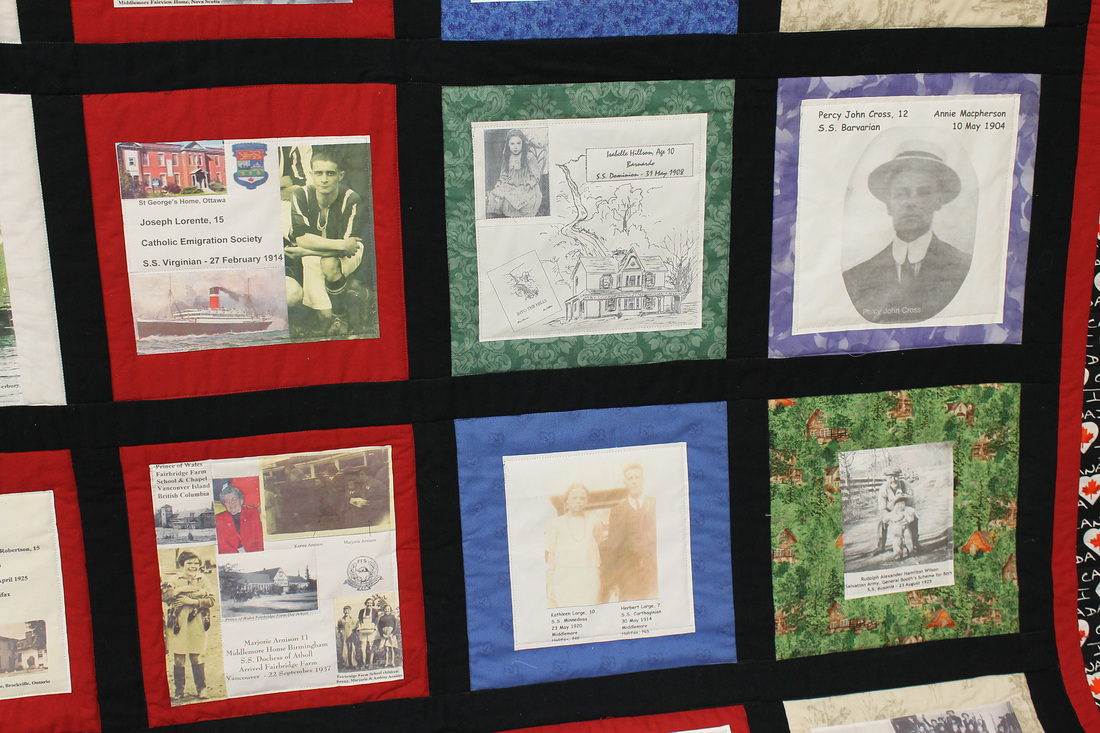 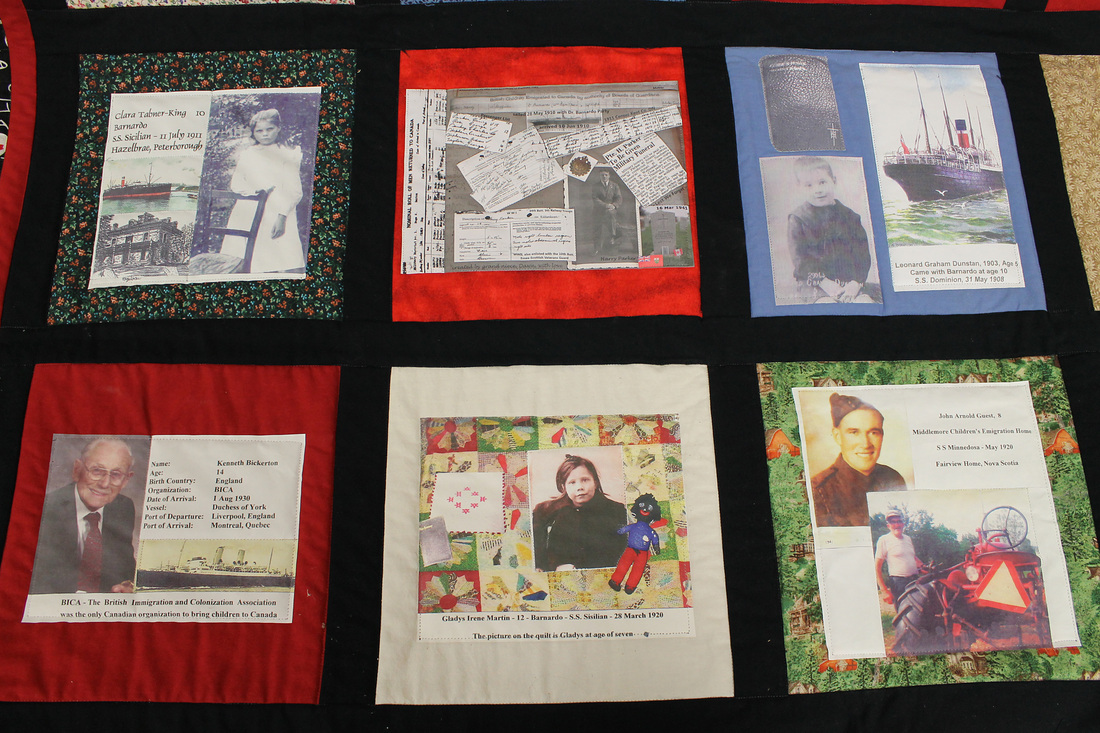 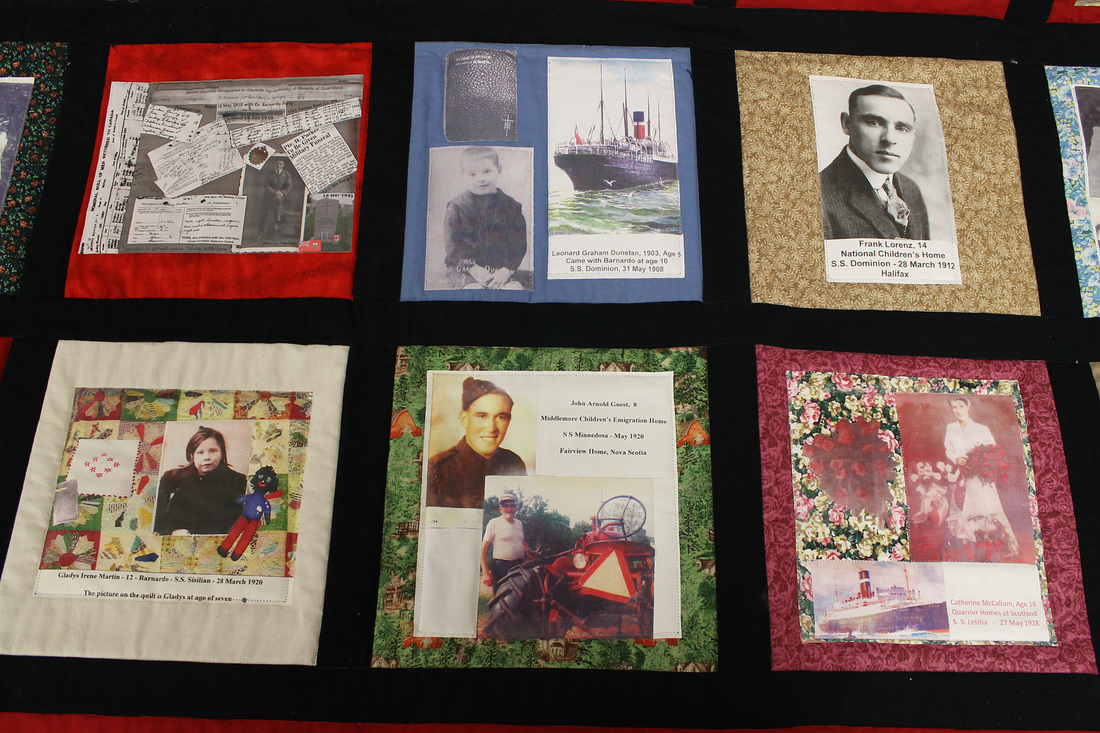 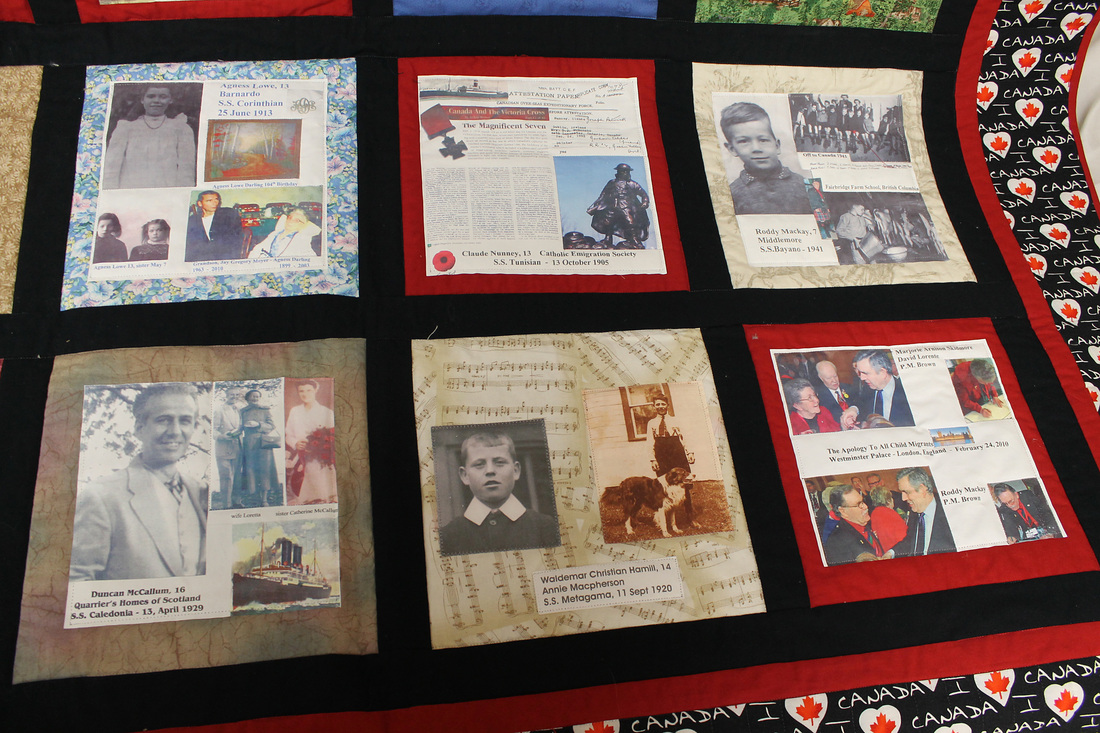