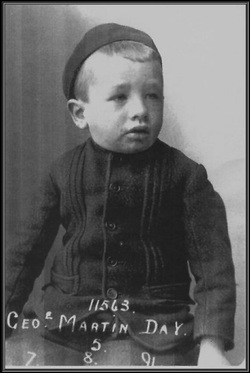 George was born March 28 1886 in Hastings, Sussex, England, the fifth son of Frederick William Day and Deidemia Campbell. His parents went on to have two more sons for a total of seven children, all boys. On March 27, 1891, Frederick William Day, who was a waiter at the Belle Vue Hotel, Hastings, died of Tuberculosis. Deidemia was pregnant at that time with the seventh son, Alan Walter Day who was born on April 3, 1891, Hasting, Sussex, England.

Being destitute, Deidemia’s plight came to the attention of James Glazier, secretary of the Hastings and St. Leonard’s Charity Organization, of which Mr. Glazier was secretary. Two of the sons were selected to go to Dr. Bernardo’s – George Martin Day and his brother Claude Campbell Day. However, Claude was returned to the family for reasons unknown.

George Martin Day was sent to Canada on his own at the age of nine, on the SS Labrador, out of Liverpool on June 10, 1897 and arrived at Dr. Bernardo’s home in Winnipeg, Manitoba. He was one of the thousands of British Home Children that were sent to Canada as domestic labor. On June 25,1897, he was placed into the home of William Walkom who farmed in the Estevan area. In July 1900 he was invited to contribute an account of his experience for publication in an issue of “Ups and Downs”, a circulation out of Toronto.

Eventually he farmed his own land, being Sec 16, Twp 3, Range 7, South West of the 2nd Meridian, Estevan, Saskatchewan. According to Dr. Bernardo’s records, George Martin Day was an example of the successes of some of the British Home Children. He was also able to stay in touch by letter with his mother, who had moved to Portsmouth, Hampshire, England. Eventually he was joined in Canada by his youngest brother, Alan Walter Day who homesteaded near Rumsey, Alberta. Alan signed up with the Canadian Expeditionary forces on April 13, 1915 in Estevan. He was killed in action on Oct 18, 1916 at the Battle of the Somme, and is buried at the Adanac Cemetery, near Miraumont, France.

George Martin Day returned to England, for his brother Claude’s wedding on June 1910 where he met Ethel Florence Burnett. She was born in Rochester, Kent, England on Dec 9, 1880. In May, 1913 he again returned to England where he and Ethel Florence Burnett were married July 12, 1913 at St. George’s Church, Portsmouth, England. Together with her son Howard, they returned to his homestead in Saskatchewan where they continued to farm. Leonard  Henry Day, was born April 12, 1914. Gladys Irene Day was born June 15, 1916.

George Martin Day died in the hospital, in Minot, North Dakota, USA on July 22, 1935 from cancer.  He is buried at Estevan City Cemetery, along with their son Leonard who was killed on the farm on Dec 5, 1938, in a horrible tractor accident.  During this time, Howard was working in the coal mines near Bienfait, Saskatchewan and so he moved his family to the homestead and took over the farm duties.  Ethel Florence Day died June 23, 1950 and is also buried at Estevan City Cemetery. 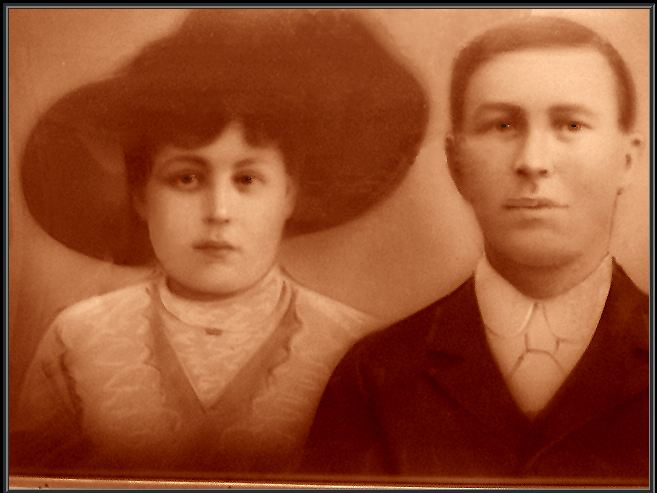 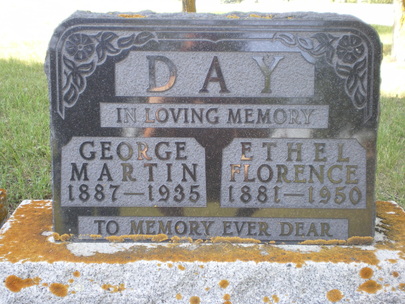 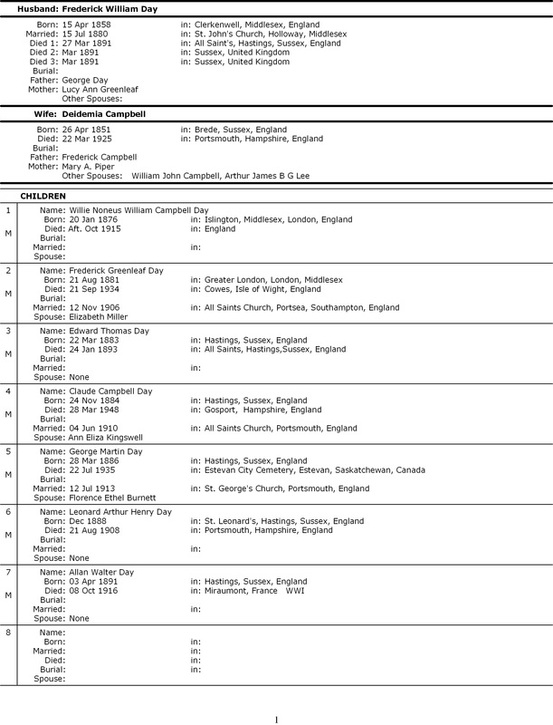