Prior to 1884, when Hazel Brae opened in Peterborough, the Dr. Barnardo offices were located on Front Street in Toronto. Some of the earlier parties were process through the National Children's Home in Hamilton, following the opening of Hazel Brae, boys were processed there until 1887 when their distribution home was opened in Toronto. 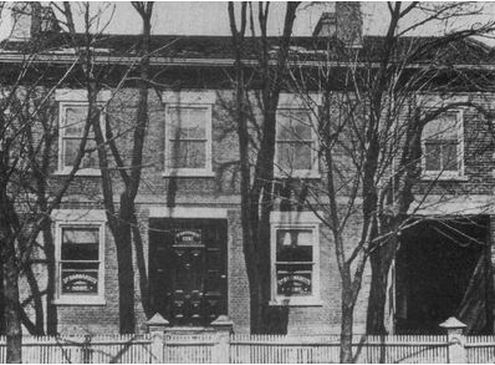 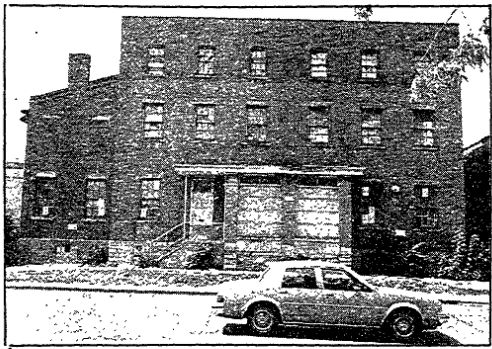 
"It seems likely that 214 Farley was not
vacated by the organization; the shelter for Barnardo
servants who had become pregnant moved to the vacated 214
Farley, later known as 664 Richmond Street"
-Brian Rolfe on the Roots mailing list 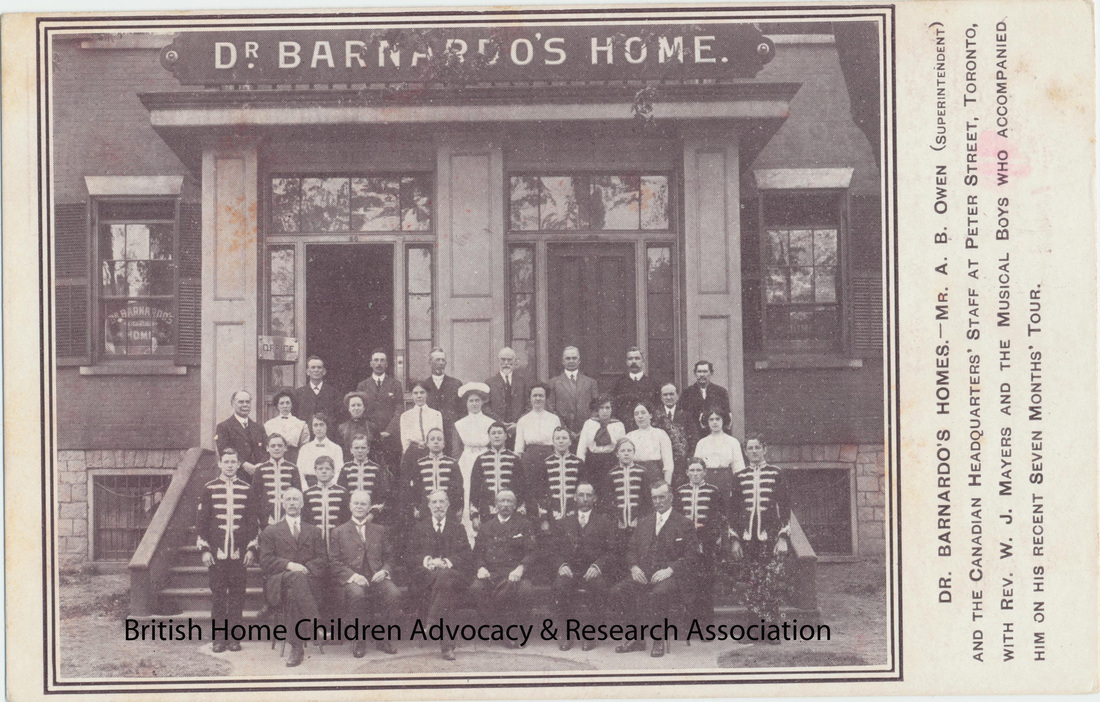 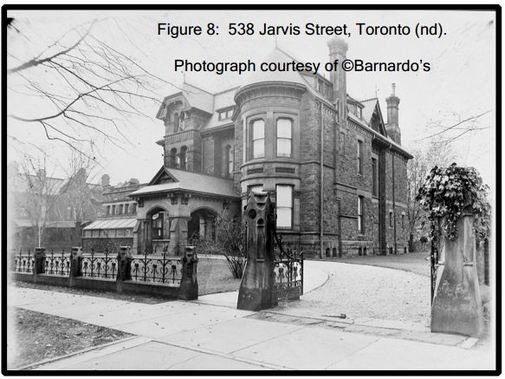 BHCARA March 2017 Newsletter with a 2 page article on the
​Jarvis Street Receiving Home. 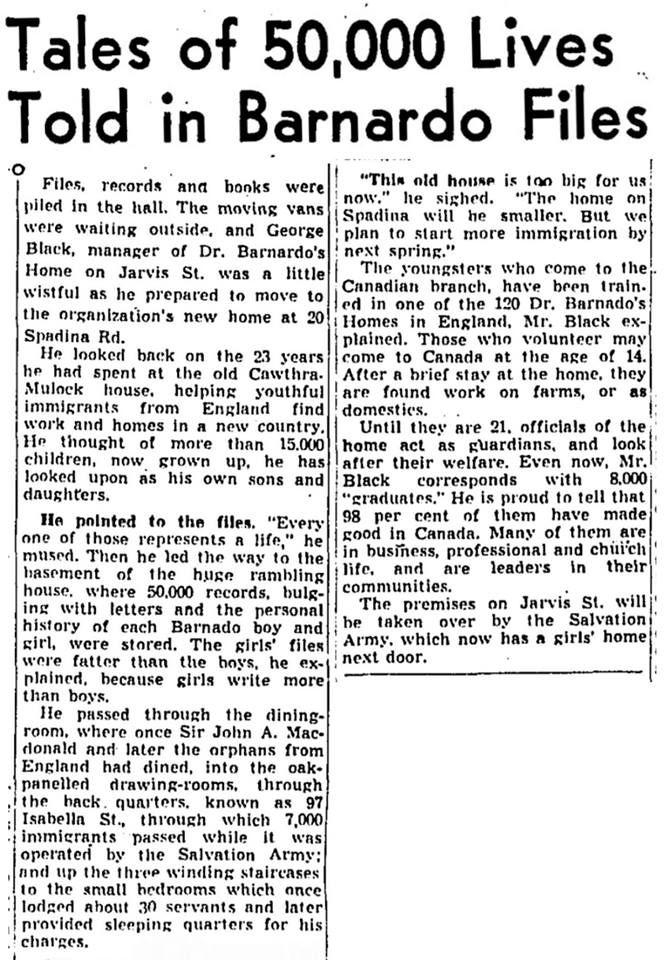 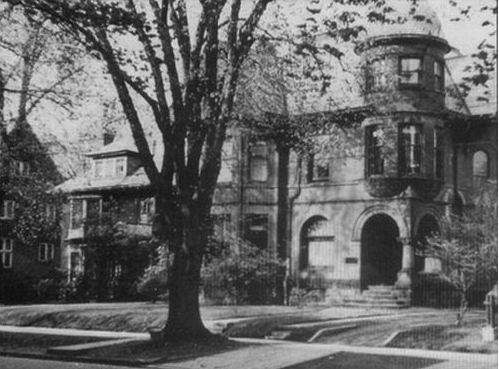 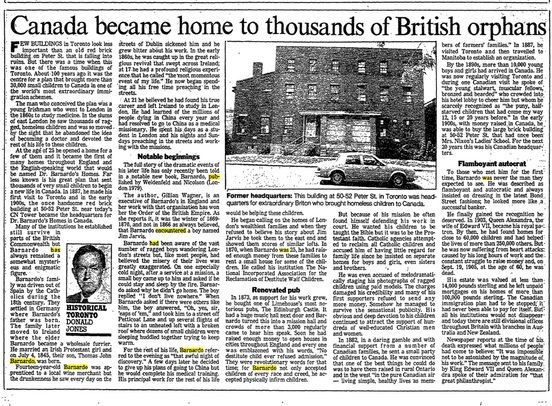 Hello List,
There are photos of 50-52 Peter Street. I believe that the magazine section of the Toronto Star of Aug 11 1984 had a  picture of it as part of a column written by Donald Jones. He says there that "few buildings look less important than an old red brick building on Peter Street," that is falling into ruin from neglect, Nevertheless it was once "handsome." The photo shows a plain 3 storey cube of brick with many windows; at one time before the Barnardo occupation, it had been Mrs Nixon's Ladies School. According to other press reports, it was in 1907 that Barnardo's bought the property, intending to bring the girls' home from Peterborough to the big city. But this did not happen. Hazelbrae stayed where it was and was renamed, the Margaret Cox Home for Girls, and refitted on money provided by the Coxes; it did not move to Toronto until the 1920s. In 1908 or so Peter Street became the boys' headquarters. It seems likely that 214 Farley was not vacated by the organization; the shelter for Barnardo servants who had become pregnant moved to the vacated 214 Farley, later known as 664 Richmond Street. At the time that the Barnardos occupied nos. 50 and 52, say 1908-1922, it must have been to the south of King St. and north of Wellington, on what is now called Blue Jays Way. It looks to me that a 360 seat theatre known as The Second City, (at no. 56 Blue Jays Way) today occupies the land; there is little likelihood that the old Barnardo house is still standing. 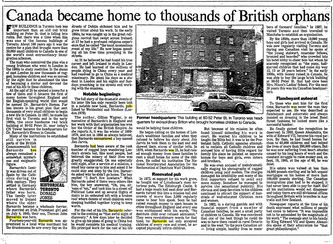 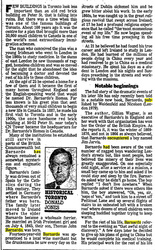 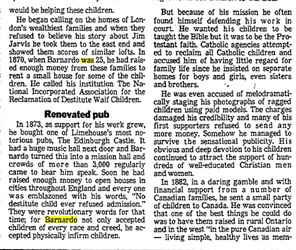