Still there in 1900 with William Cooper as Superintendent

JOSEPH SHUTTLEWORTH (deceased), was born in Lancashire, England, in 1807, and spent his younger days in his native land. In the year 1830 he came to Canada, settling in Brantford, where he was engaged in the distilling business for some years with Mr. Mawby. By trade he was a baker, and was proprietor of a bakery and general confectionery for several years. Subsequently he was engaged in the butchering trade for many years, and then moved on to a farm. In 1867 he came to Brantford where he died on December 24th of that year. Mr. Shuttleworth was a member of the Methodist Church, and one of its charter members. He married in Brantford Ellen Duckworth, also a native of Lancashire, England, by whom there was a family of six children- five living. The mother is also living, and enjoying good health in her sixtieth year. James R. Shuttleworth, canner of fruits, Brantford, was born August 7th, 1848, and received his early training in Brantford. When quite a young man he engaged in the grocery and fruit business, and when nineteen years of age bought out E. Sims & Son. This business he carried on for twelve consecutive years, when he entered the wholesale foreign and domestic fruit trade and canning industry. In 1875 his brother Joseph M. entered as a partner, and in 1878 went to England in connection with the business and became a member of the firm of Simonds & Co., fruit brokers, Liverpool, England, for which firm he acts as agent. In June, 1882, another brother, George, became associated in business. Shuttleworth Bros. enjoy an excellent trade in Ontario, and have established an agency in Chicago. James R. is a member of the A.O.U.W. Lodge, a reformer in politics, and, with his wife, is an adherent of Brant Avenue Methodist Church. He married October 1881, Martha, daughter of Wesley Howell, by whom he has one child, Hugh R.

Brant County History of 1884 by Warner and Beers. 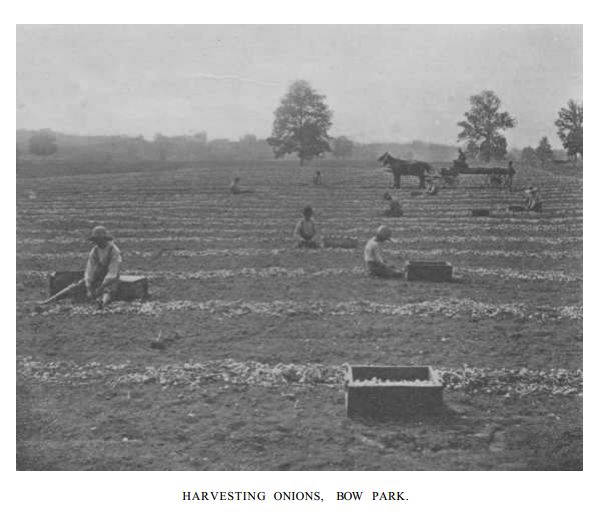 In 1868, Mr. J. R. Shuttleworth commenced the purchase and sell of fruit and its products as an especial industry; this business soon expanded to such successful compass that an increase of force became desirable, and Mr. J. M. Shuttleworth was admitted as a partner with his brother; this was in 1875. Four years later J. M. Shuttleworth took up his residence in Liverpool, England, in connection with the export and import business. The canning of fruits and vegetables was undertaken in a small way in 1879; this enterprise also proved remunerative, and an extensive business has been developed therefrom. The firm now occupy a large brick building on the north-west corner of Dalhousie and King Streets, where they have ample facilities for putting up five thousand cans of fruit each day, and give employment to sixty operatives, many of whom are women. The interest of Mr. J. M. Shuttleworth was purchased by his brother, George H. Shuttleworth, in 1882. The firm are large importers of foreign fruits, fancy groceries, etc., and are extensively engaged in the handling of native apples, large quantities of which are annually exported to European markets. This establishment is one of the largest and most complete of its kind in the Dominion. "