As of 1875 the government in Canada agreed to begin financially supporting the migration of children into Canada. They, at the request of Dr. Stephenson, began to provide a grant of $2 per child brought into Canada. This clearly expressed the governments approval of the importation of child labourers. Interesting also to note is that there was no bonus paid for children who came from the workhouses in England.

Stephenson‘s request for financial support was addressed to the Minister of Agriculture, and passed through the Prime Minister to the Governor General for response, (Kohli, Golden Bridge, 139–140). In addition to the $2 per head support, the government also subsidized the transportation costs of many children.

In   1920  the Canadian government replaced the $2.00 per capita payment for each child with a grant of $1,000 to homes bringing out more than 100 children per year, with a $500 bonus for each additional hundred or fraction, if over fifty. In 1923 the government again changed this to a per capita grant of $40 per child because of “the great importance to this Dominion of a more adequate immigration from the United Kingdom of well trained children and juveniles who are willing to settle down to farm life and work.” This amount was matched by the British government under the terms of the Empire Settlement Act.

*Not Here by Choice by Lori Jones
http://artsites.uottawa.ca/strata/doc/strata3_109-136.pdf. 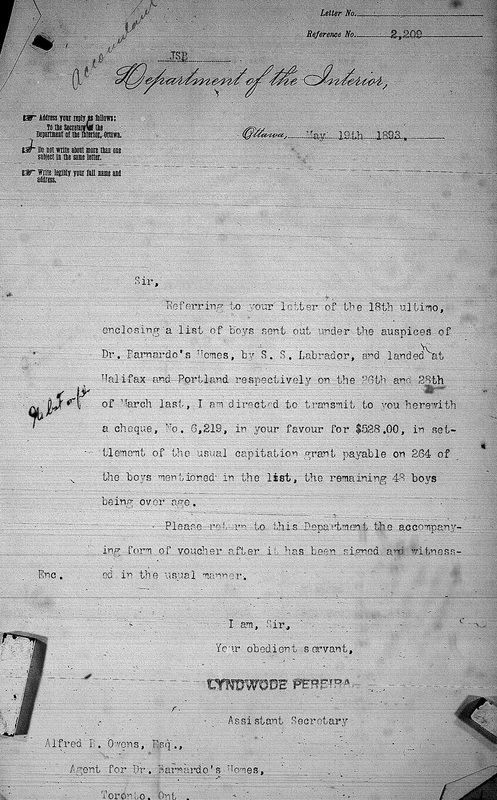 Credit: Manitoba Archives
A letter from our government Lyndwode Pereira Assistant Secretary Department of the Interior with a check enclosed for the "usual capitation grant payable" for each boy of age brought over. 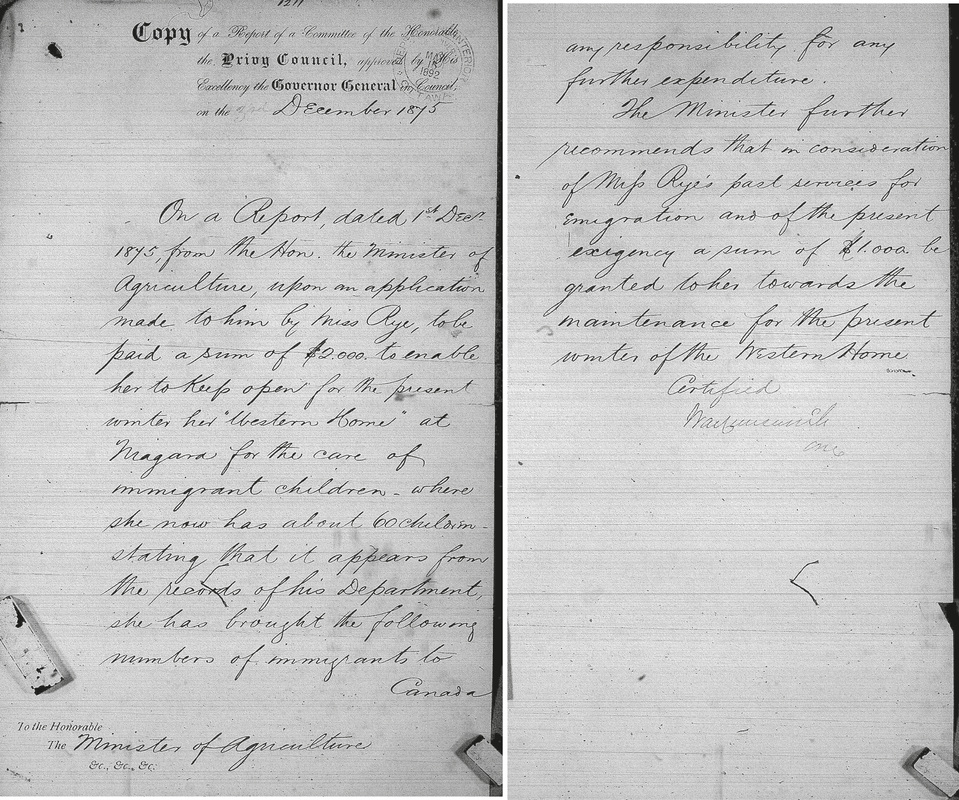 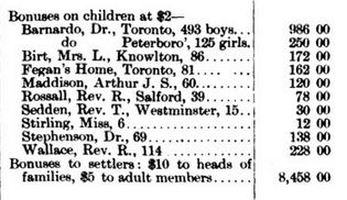 A House of Common's report which mentions the Canadian Government paying immigration agents in England $100 per month with a $600 per year living allowance. 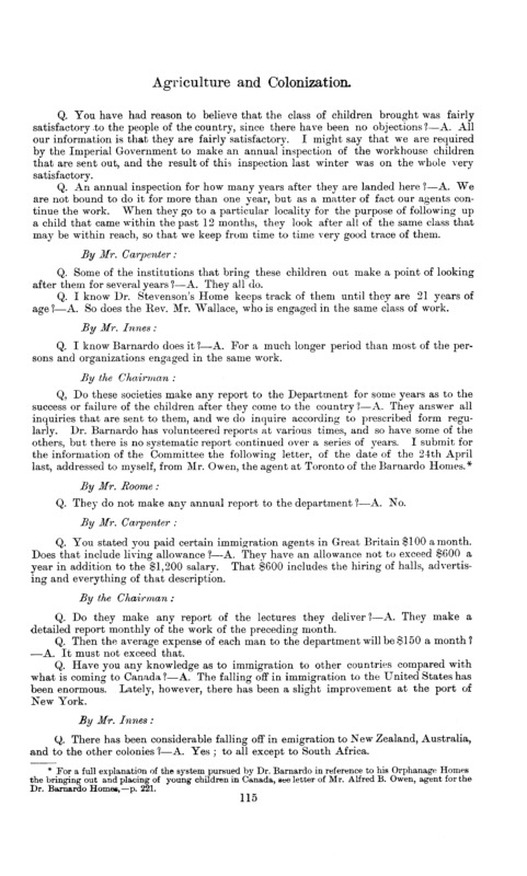