Click here to: subscribe to the British Home Child Newsletter!
Over 3,000 subscribers!
​ Enjoy our informative and  interesting newsletters. Each edition (4x's a year) a BHC is featured as well as news, events and BHCD community news!

SEARCH OUR SITE
​There is a wealth of information and mentions of thousands of children available on this web site. Please search our site.

Away by Allison Lupton

We are pleased to share with you, what I believe could very well be our first official music video about the British Home Children. Sung by the very talented Allison Lupton, this is breathtakingly beautiful and a true tribute to all the BHC. Created in memory of her Great Uncle, BHC Reginald Truin.
That virtually all of the Home Children sent to Canada, alone and separated from others, as they were, have reacted to their fate the same way, withdrawing into themselves, and remaining silent about their past, "building a wall around themselves", as one Home Girl put it, is bitter and conclusive proof of the severity of their trauma. It is also sad evidence that the Child Migration Scheme, however well-intentioned, was seriously flawed."
​​
Dave Lorente of Home Children Canada,  2000

Who are the British Home Children?

​From the late 1860s right up to 1948, over 100,000 children of all ages were emigrated right across Canada, from the United Kingdom,  to be used as indentured farm workers and domestics. Believed by Canadians to be orphans, only approximately 12 percent truly were. These children were sent to Canada by over 50 organizations including the well-known and still working charities: Barnardo’s,  The Salvation Army and Quarrier’s, to name a few.

CEO and founder of the British Home Child Advocacy and Research Association (BHCARA)  Lori Oschefski says, “Barnardo’s sent over thirty thousand children here and was by far the largest organization sending children to Canada. Many BHC became known as "Barnardo Home Boys" despite the fact many came from other organizations.

For the most part, these children were not picked up from the streets but came from intact families, who, through sickness or even death of one of their parents, had fallen on hard times. Because there was no social system in place to help them get through these difficult circumstances, the family had no other way than to surrender their offspring to the organizations.

Sometimes this was meant to be a temporary solution until the family got back on their feet and there are cases on record where some parents went back to pick their children up, only to find that they had already been sent away. Sometimes the parents received an ‘after sailing’ notification, informing that their children had been emigrated a week before.

Once in Canada, the children were sent to receiving homes right across the country until farmers picked them up or they were sent on to their destinations with a cardboard sign around their necks. There were at least seven applicants for every child shipped to this country.

“These children are not to be confused with ‘Guest Children’ who were temporarily sent from evacuation zones in the U.K. to Canada during the Second World War to be kept safe from areas under attack. The British Home Children were sent away to work, some never to see their families again.

The child migration scheme was born during the Industrial Revolution. Traditional extended families were broken up and many moved to urban areas to find work and a better life. And so, if anything happened to one of the parents, there was no immediate family nearby to take them in. Abandoned British children lived and died in the streets and workhouses were overcrowded.

Emigration was seen as a brilliant solution. The children would be sent to Canadian farms under contract. The terms would require that children be housed, fed, clothed, and sent to school. A small fee would be paid for fostering younger children, older children would help with chores, and more extended labour would be required from adolescents. At 18, the terms of indenture were to be discharged. The clean, fresh air of a Canadian farm was seen as a definite better alternative to living in the slums of a large city.

Canada was marketed to the parents and the children as a haven within the storms of their lives where money grew on trees and the adventure of travelling to a land where cowboys and lumberjacks were, sounded appealing. The parents were relieved that a way had been found where their children would be safe and healthy.

However, the harsh truth was that the monitoring of children’s placements was often neglected, and many children found themselves essentially abandoned to new lives which were worse than the old. Siblings were separated. Girls assisted farm wives not only with housework and children but on the fields, as well. Boys became farm workers who were grossly overworked.

While some of the children were indeed accepted into the families they worked for and were practically adopted, many of these children suffered.  Children could be ‘returned’ and reassigned. Many were moved from one farm to another. Some ran away or simply disappeared; some died from ill-health or injuries resulting from neglect and abuse, and some committed suicide.

In the very least, the belief in eugenics that was running rampant throughout the U.K. and North America caused children to be considered inferior stock  to their Canadian counterparts. They were stigmatized as such, merely because they were poor and needed help. In communities where these children were meant to be fostered and nurtured, they were often taunted and made to feel shame for being a Home Boy or Home Girl. This shame caused many Home Children to remain silent about their backgrounds their entire lives.

Some influential political voices were raised against bringing the children to Canada in this way, but it was more about the dangerous and filthy ‘Street Arabs infecting’ Canadian society than it was about the welfare of the children.

During the First World War, many Home Boys enlisted in the Canadian Expeditionary Forces, just to get back to see any family that they might still have in the ‘old’ country. Some ran away from their placements and lied about their age to achieve this or to get away from a bad or abusive placement. During the war no children were sent here.

The scheme began again in earnest in the early twenties. Many households were in dire straits after the loss of so many young men in the war and then the deaths of both men and women during the Spanish Flu epidemic.

It wasn’t until 1924 that children under the age of 14 were discouraged from being sent. Even so, some young ones slipped through the cracks. In any case, the majority of children continued to be sent right up until the advent of the Second World War, after which heightened social consciousness condemned the sending of any more children to Canada in this way.

Over ten percent of the current Canadian population are descendants of the Home Children, although many are still unaware of their heritage. This is one of the many reasons why the Home Children and their determination and perseverance deserve to have their huge contribution to the founding of our nation recognized and their stories heard.
Britain not only sent children to Canada, they also sent them, up to the early 1970's to Rhodesia, South Africa Australia, and New Zealand.   In 2009 the Australian Prime Minister Kevin Rudd apologized to the Child migrants who were sent their and in 2010 British Prime Minister Gordon Brown offer their country's apology. To date, Canada has offered no aplology. Canada claimes there is not enough interest in the British Home Children and it wasn't even on the political radar.

"Canadians don't expect their government to apologize for every sad event in our history," sic (Jason) Kenney told reporters. "We have laid out some criteria for that, and the reality is we haven't seen a demand or an expectation for that." "This is not something that has really been on the radar screen. I haven't in my 12 years as an MP heard anyone ask for that."

Canadian Museum of History ​ Gatineau, Quebec
The BHC will be included in the new Canada Immigration Hall opening July of 2017. The BHCARA are one of the main contributors for BHC section. Many of our artifacts are on loan.

".... in Canada we are deliberately adding to our population hundreds of children bearing all the stigmata of physical and mental degeneracy....The next generation must be considered, but the harvest has already commenced - a juvenile criminal here, an insane person there."

Dr. C. K. Clarke
"the Father of Canadian Psychiatry""
b1857-d1924
renowned physiologist for whom the Clarke Institute in Toronto was named
on the British Home Children
Lecture given at the Queen's University in Kingston, Ontario, Canada
​From: The little immigrants - the orphans who came to Canada
Kenneth Bagnell
Kenneth Bagnell
Dr. C. K. Clarke bio
The British Home Children
by Historian Andrew Simpson
Author  of the book "Chorlton-cum-Hardy A Community Transformed (due to be released Autumn 2012 delves into the sometimes complex subject of the British Home Children. Andrew offers a British view of the issues which surround the migration of these children and today's attitudes in both Britain and Canada. 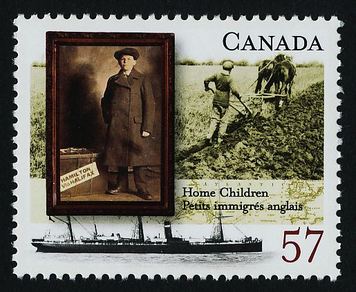 This site is meant to catalog the information and Home Child stories. It is not a complete listing of anything,  information is added on an ongoing basis. Where possible links are provided to where more detailed information may be found and/or credit. Credit for any source of information is provided and if there are any omissions we welcome being notified so credit is given where credit is due.

Other web sites by Lori Oschefski

The Gillinghlam Park Fete Tragedy
On July 11 1929 a demonstration put on by the Gillingham, Kent, England fire brigade went horribly wrong. This well rehearsed display was intended to show case the skills of the fire brigade by staging a mock rescue of young boys from a structure built in the corner of the park. Fifteen people lost their lives, nine of them children. One of these children was the nephew of Willliam Cheesman, a British Home Child sent to Canada in 1894. William would never see his family again and would never know of the tragedy which befell them back in England.

The Gillingham & Battle B-26 Crashes of 1944
On June 6th 1944 two B-26 Marauders on route to France suffered a mid air collision and crash in Gillingham, Kent, England. The crew of both planes perished as well as four civilians on the ground. Less the half an hour later two more B-26 Marauders from the same squadron suffered the same type of accident over Battle, Sussex. Only the pilot of one plane was to survive.